You are here: Home / Kombucha / 7 Kombucha Myths in Serious Need of Busting 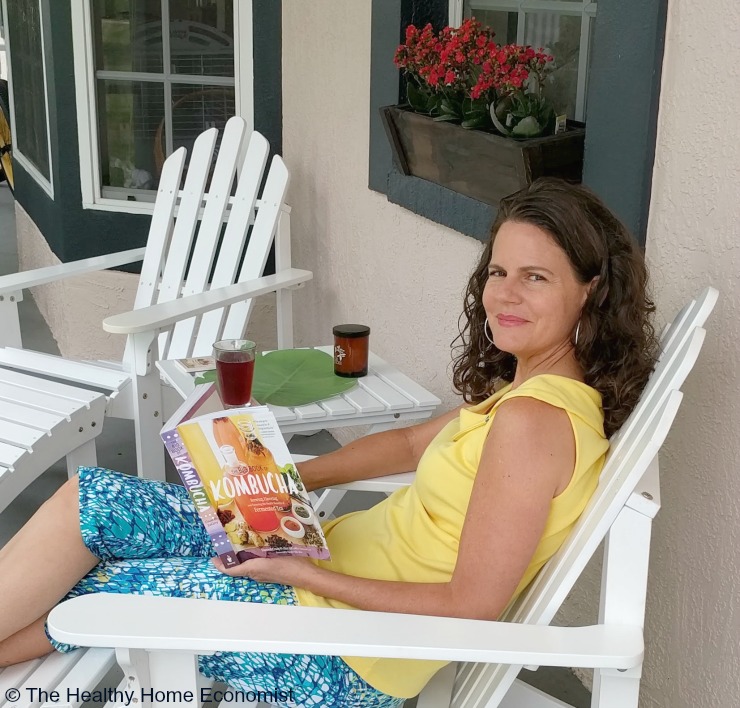 I first started brewing the fermented tea known as kombucha in 2001 when I was pregnant with my second child. It’s a good thing I ignored the kombucha myths that that were circulating at the time else I never would have tried it at all!

Since then, this traditional beverage that likely has its roots in China around 200 BC has become a modern day phenomenon with well over a million homes regularly brewing this probiotic and enzyme rich beverage for the benefit of themselves and their families.

As with any fast growing trend, a number of myths have continued to circulate with new ones cropping up too. While some of these kombucha myths are harmless, some are actually costing people money (for example, cultures that don’t work) or discouraging them from trying this healthful beverage altogether. This is a shame and completely unnecessary, which is why I thought an article busting the most common kombucha myths would be helpful.

This nasty nugget is widespread and often passed along by well-meaning brewers with the explanation, “So they won’t rot” or “It just puts them to sleep.” In fact, SCOBYs never “go bad” when properly stored. In cold temperatures the bacteria and yeast, which keep the SCOBY healthy and protect the brew, become inactive and are unable to put up a defense against mold. When a SCOBY that has been refrigerated is activated, the first batch or two may (or may not) turn out okay, but eventually mold is likely to appear in the brew. (See page 157 for more about refrigerated cultures.)

There is a debate over whether so-called acid/alkaline diets are beneficial to health, but we do know that when food is digested in the gut, its components leave residues that are either acid forming or alkali forming. The body suffers from ill effects at either extreme, so the key, according to proponents of these diets, is to strive for balance rather than focusing on consuming only one type of food or another.
So what about drinking kombucha? Won’t the low pH make the body more acidic (something you’ve probably been told to avoid)? The answer is no. While it is true that kombucha has a low pH (2.5–3.5), the residue (ash) is alkaline-forming rather than acidic, and has an effect similar to lemon juice and apple cider vinegar.

Why I Stopped Dry Skin Brushing
Next Post: Does it Matter if Raw Whey is Clear or Cloudy?