Why Vegetarianism is Not Healthy! 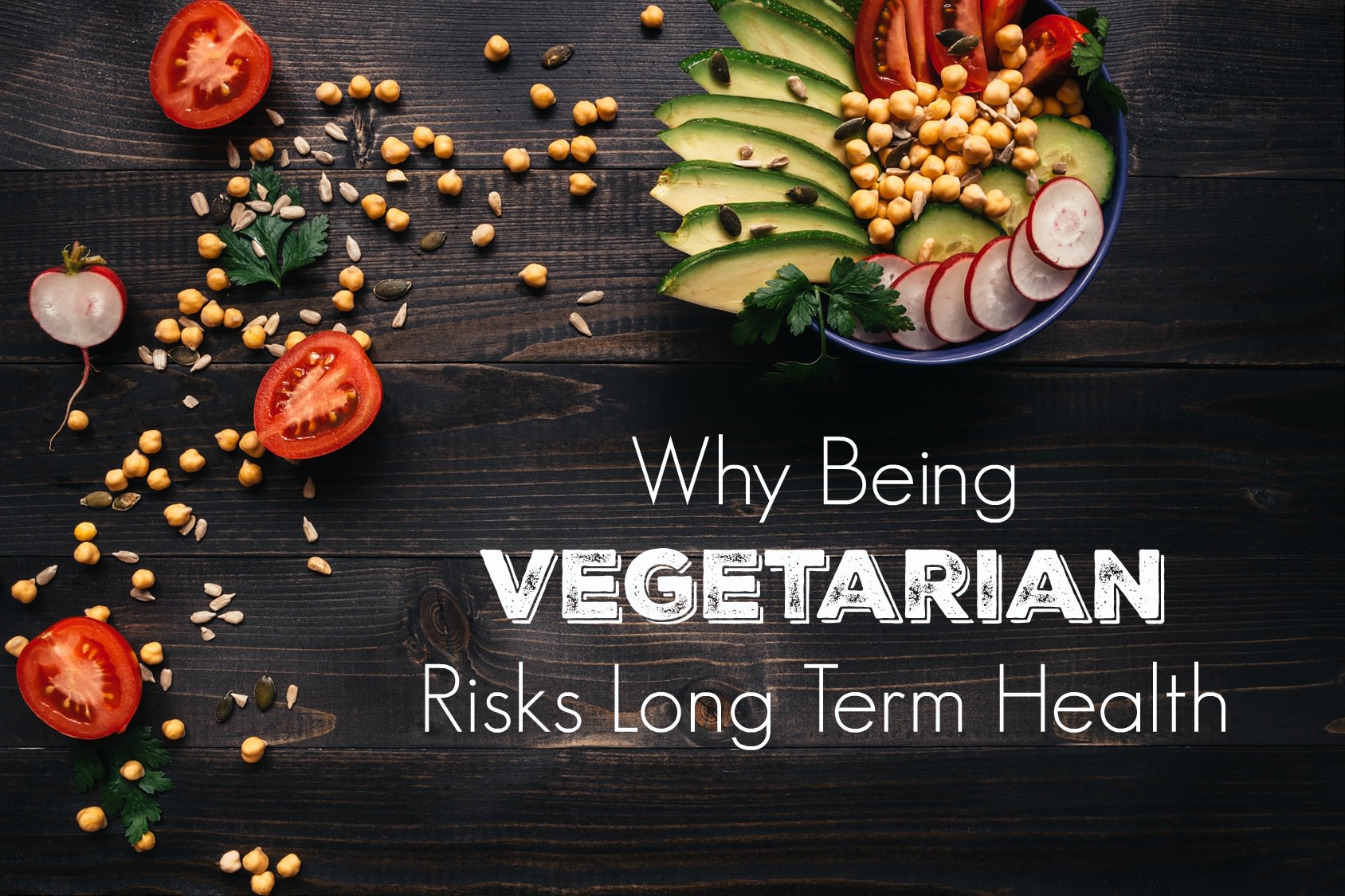 Vegetarianism, and the extreme version – veganism, seems to be gaining acceptance in Western society as a healthy approach to eating.  Consider the huge popularity of the pro-plant based diet Netflix documentary What The Health, which gets an “A” for obsessive ideology but a “F” for actual science.

This is a worrisome turn of events, especially for our young girls. Folks who jump on the vegetarian bandwagon are risking their long term health as it is impossible for human beings to get all the nutrients they need from plant based foods alone. Vitamin B12, for example, is completely missing from plant based foods and can only be obtained from consuming animal tissues. While it is true that Vitamin B12 “analogs” are present in some plant foods, these analogs are not true vitamin B12 and actually increase a vegetarian’s need for the real thing!  This article discusses how 25% of adults suffer from life threatening B12 deficiency.

The nutritional deficiencies which frequently present in vegetarians are particularly devastating to young women who plan to one day bear children.

Infertility in vegetarians is higher than in girls who eat meat. In addition, vegetarian women who do manage to get pregnant carry fetuses that are at risk for more birth defects. Vegetarians are also far more likely to have females instead of male babies.

While having a girl instead of a boy is certainly not a problem in and of itself, this statistic does provide evidence that vegetarians are not as well nourished as omnivores. Boy fetuses are known to be less robust than female fetuses and, as such, require a higher level of maternal nutrition to remain viable.

Someone who is considering the vegetarian lifestyle need only to read the fascinating work of Dr. Weston A. Price and his groundbreaking book Nutrition and Physical Degeneration to be quickly convinced that this approach to eating is unwise. Dr. Price traveled the world in the 1930’s and studied all the indigenous cultures that had not yet been affected by what he called “the displacing foods of modern commerce”.

The cultures he studied included the Eskimos from Alaska, the Aborigines in Australia and every group that he could find in between. Dr. Price carefully examined and took pictures of these healthy peoples who were free of chronic disease, had happy, optimistic outlooks on life, and perfectly straight teeth virtually free of cavities. The traditional foods that each of these cultures consumed all contained animal foods. To repeat, none of these cultures was vegetarian. In fact, Dr. Price was unable to find an indigenous population of vegetarians that exhibited the health and vitality of the meat eating cultures.

While eating meat is clearly beneficial to health, it is also important to choose meat that comes from healthy animals in the first place.  Most of the meat found on grocery store shelves comes from animals that are confined for their entire lives and are subjected to antibiotics and other drugs to control the disease that results from living in such inhumane conditions.  It is in reaction to the negative publicity of these “factory farms” that some folks turn to vegetarianism in the first place. A better approach to protesting the ill treatment of animals raised in confinement would be to purchase grassfed meats from a local farmer and boycott supermarket meats.  Where to find such a farmer?

A list of such producers is offered free to the public on the website www.eatwild.com. In addition, the Weston A. Price Foundation supports a system of Local Chapters all over the world. The Chapter Leader for each local chapter maintains a list of local, grass based producers that can be obtained for free just by inquiring!  Click here to find the Chapter Leader closest to you!