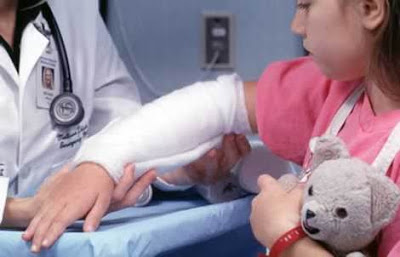 How did this happen??

When I attended grade school, children simply exchanged little cards or notes for Valentine’s Day. Somehow, in the years since, Valentine’s Day has morphed into a feeding frenzy with loads and loads of candy and other sweets taking center stage. I was SHOCKED when my two boys came home from school on Wednesday with literally, a shoe box each FULL of candy given out by classmates for Valentine’s Day.

Not only that, each class had a party with juice, cookies, and other refined carbs to stuff the kids with before sending them home with enough candy to keep their sinuses clogged and noses running at least until the Easter candy fest starts all over again.

What are these people thinking? Don’t they know we have a childhood obesity crisis going on in the Western world? Don’t they realize that children as young as 10 are regularly being diagnosed with type 2 diabetes, a degenerative disease once only found in adults primarily over the age of 50? Don’t they realize that children’s bodies are increasingly made out of “mush” (exact word used by my chiropractor to describe the bodies of children he treats) where injuries and broken bones occur for seemingly little to no reason at all?
These types of injuries rarely occurred years ago when kids played outside a lot more and played a lot harder, for that matter. A friend of mine whose 13 year old daughter plays competitive soccer told me that last year, every single girl on the team with the exception of one or two suffered a fracture of some kind during the season! I played a number of competitive sports growing up including speedball (a cross between football and soccer), and I never saw a broken bone. Not one.
Could people really be that oblivious to the serious and shocking degeneration of our youth that is occurring right before our eyes? Am I the only one who can see it? I don’t think so. I think most people see it but feel powerless to stop it. So, they ignore it.The commercialization of Valentine’s Day is so complete that folks take it for granted that giving a shoe box full of candy to a child “is just what you are supposed to do”. This is simply not normal, folks! Just because everyone does it doesn’t make it “normal”. Giving that much candy to a child, many of which already show signs of weight issues is just plain crazy. Until “the tipping point” is reached where enough parents rebel and refuse to participate in the sugar madness that has taken over our schools at not just Valentine’s Day, but ANY day that is even remotely a cause for celebration, then the degeneration will continue.
I am happy to report that when my kids came home with all this candy, they each requested one or two special pieces to keep and then promptly threw the rest in the trash. They did this on their own with no comment on the situation from me. I hope more than just my kids did exactly the same thing or something at least similar!
“You teach, you teach, you teach” .. the final words of Dr. Weston A. Price.
Sarah, The Healthy Home Economist
Facebook0Pin0Email0
Category: Healthy Pregnancy, Baby & Child