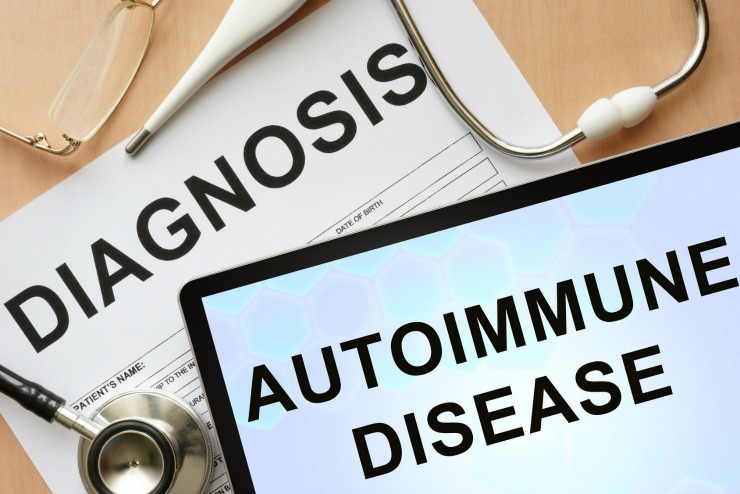 Low Dose Naltrexone (LDN) is a safe, effective and inexpensive medication that has been shown to be effective in treating an incredibly wide range of illnesses, particularly those that are autoimmune in nature.

Due to its safety as well as efficacy, it has gained acceptance even among many holistic health practitioners.

The targeted diseases which have shown improvement with low dose naltrexone treatment include multiple sclerosis, a wide range of cancers, AIDS, and neurological and nervous system problems of all kinds. The use of low dose naltrexone by alternative physicians has grown exponentially since it was first discovered by Dr. Bernard Bihari in 1985.

Here’s what you need to know in order to determine if low dose naltrexone might be helpful for you or a loved one suffering from one or more autoimmune diseases.

How Does Low Dose Naltrexone Work?

Low dose naltrexone is an alternative use of the drug naltrexone. Naltrexone has a long history of use to treat drug addiction. Naltrexone, approved by the FDA in 1984, is used in a 50 mg dosage to block opioid receptors. The drug was initially used primarily to treat heroin and drug addicts.

Pioneering neurologist Bernard Bihari MD (1931-2010) first discovered in 1985 that naltrexone given in low dosages had therapeutic value for his AIDs patients. Dr. Bihari later found LDN to be effective in treating his patients with Multiple Sclerosis and cancer.

Bihari discovered that using a much smaller dosage of naltrexone at bedtime, approximately 3 mg daily, had the effect of improving the functioning of the body’s immune system. When taking a low dose of naltrexone at bedtime, a brief blockage of opioid receptors occurs between 2 and 4 a.m., which in turn causes a prolonged up-regulation of the immune system resulting in increases of endorphin and enkephalin production.

Volunteers who took LDN in this way were found to have elevated levels of beta-endorphins circulating in their blood the next day.

Animal research by I. Zagon, PhD has also shown significant increases in metenkephalin levels. Metenkephalines are pentapeptides having opiate qualities. Enkephalin is a chemical in the brain having an effect similar to morphine.

While the exact mechanisms by which LDN works are somewhat complicated and difficult to understand, the positive results experienced by so many individuals with such wide-ranging illnesses are difficult to dispute.

Low Dose Naltrexone is most commonly made in compounding pharmacies and can be used in either oral form or as a transdermal cream.

For those suffering from digestive issues, including children with Autism, the transdermal cream form, which bypasses the gut, offers a distinct advantage. Dr. Jaquelyn McCandless, the author of Children with Starving Brains, has extensive experience using LDN to treat children with Autism.

Clinical data and research suggest that autoimmune disorders, such as Multiple Sclerosis, result from an overwhelmed or under-functioning immune system,  which LDN helps to correct.

Dr. Bihari alone treated 450 patients with cancer, most of whom had failed treatment with standard, conventional radiation or chemotherapy. These treatments are well known to severely compromise one’s immune system and to be carcinogenic. Even with these negative forces at play, Bihari found that 60% of his patients benefitted from LDN usage. Tumor shrinkage was evident in a significant number of his patients.

The cancers found to respond positively to low dose naltrexone use by Dr. Bihari and other physicians include the following:

LDN and the Latest Research Supporting Its Use

Several research studies have been conducted on low dose naltrexone’s effectiveness in treating various diseases. The following are summaries of some of the research findings of LDN and its treatment of Inflammatory Bowel Disease, AIDs, cancer, Multiple Sclerosis and Fibromyalgia.

Gastroenterologist Jill Smith at Penn State University has recently conducted two successful clinical trials using LDN on patients with Crohn’s disease. In one study published in the April 2013 issue of the Journal of Clinical Gastroenterology, Smith studied the effectiveness of low dose naltrexone in treating children with moderate to severe Crohn’s disease. 14 children were enrolled in the study, randomized in either placebo or naltrexone for 8 weeks,  followed by 8 additional weeks openly given naltrexone. The children were monitored with blood chemistries and physical examinations. A Pediatric Crohn’s Disease Activity Index was used to measure progress in the children. At the completion of the study, 25% of the children treated with naltrexone were considered to be in remission, while 67% had improved with mild disease activity.

Dr. Smith’s other study using low dose naltrexone with Crohn’s patients was published in the American Journal of Gastroenterology in April 2007. In this study of adult patients, 4.5 mg of naltrexone was administered for a twelve-week period with quality of life surveys measured every 4 weeks during therapy, and again 4 weeks after completion of therapy. 89% of patients showed a positive response to therapy, while 67% achieved remission.

Two individual research studies have shown LDN to be useful in treating HIV/AIDS. These studies were published in the October 2011 issue of the Journal of AIDS and HIV Research. Physician Jaquelyn McCandless has been involved in extensive research on HIV/AIDS in Mali, Africa.

In a study conducted at Stanford University and published in Pain Med in 2009, ten female patients, diagnosed with Fibromyalgia, responded positively to an eight-week course of low dose naltrexone. Patients reported a greater than 30% reduction in symptoms compared to placebo.

A list of reported diseases in which low dose naltrexone can help treat is lengthy. LDN has been used successfully with most neurodegenerative and autoimmune disorders, including Alzheimer’s disease, Autism, Amyotrophic Lateral Sclerosis, Parkinson’s disease, Inflammatory Bowel Diseases, and Multiple Sclerosis.  LDN has been used to treat most cancers.

Advantages of low dose naltrexone over conventional treatments include both safety and effectiveness. LDN successfully treats diseases known to be very difficult to medicate with conventional drugs. Multiple Sclerosis, Inflammatory Bowel Disease, Autism, and cancers are known illnesses that often do not respond well to standard medical protocols.  The side effects of conventional treatments, particularly for radiation and chemotherapy typically used to treat cancer, are extremely harsh. LDN offers a safe, alternative treatment for these diseases.

Another distinct advantage, in addition to safety and effectiveness, is that of cost. LDN is a very inexpensive medication that can be prescribed by any physician since it is an already approved FDA drug. A one month’s supply was recently quoted to cost only $38.

Where to Find Doctors Who Use LDN

Any physician with an MD or DO degree can prescribe low dose naltrexone since it is an off label usage of naltrexone, an FDA approved drug. It is important that one obtain the drug from a compounding pharmacy in a quick-release form. Doctors prescribing LDN can be found at this link. Additional information can be found at the sources below.

Michelle Goldstein is a mental health therapist trained in cognitive behavioral, family and brief solution focused therapy. She has worked as a counselor for 25 years in employee assistance programs, not for profit counseling agencies and physicians’ offices. Most recently Michelle has combined her passion for therapy with her strong interest in holistic healing, counseling clients full time in her own private practice.