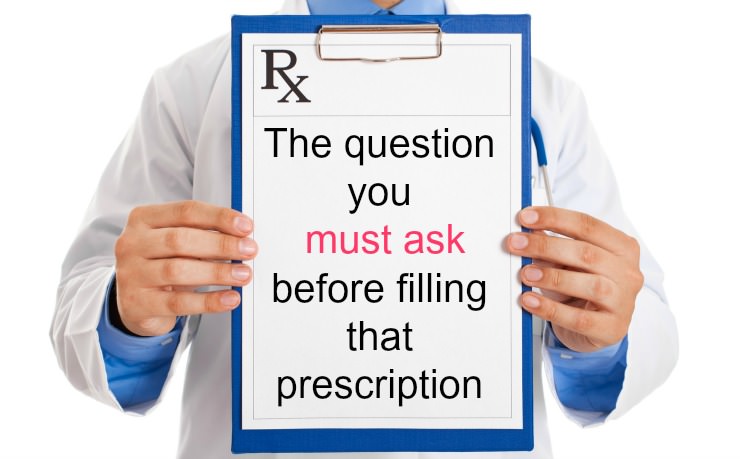 Writing prescriptions is arguably one of the most common tasks that a medical doctor performs on any given day. Scriptwriting is also quite profitable for some types of physicians, especially oncologists.

In 2011 alone, over 4.2 billion prescriptions, or scripts. were written in the United States. This breaks down to 13 prescriptions per person on average in a single year with 12 of the 13 actually filled by the patient!

Clearly, Americans over-prescribed and over-medicated in every sense of the word.

Americans have been sold on the idea that there is a pill for everything that ails them. This cultural mindset has slowly evolved as the result of aggressive direct-to-consumer drug advertising on TV and via other media (which is illegal in most other countries) and has even been encouraged by doctors themselves who frequently profit and have a vested financial interest in the drugs they recommend, especially for chemotherapy (1).

The truth is that most people don’t really want to be on all those prescription drugs. The side effects can frequently be as bad or worse than the ailments themselves, but most people remain blissfully unaware of the consequences both short and long-term of all that pill-popping.

A New Perspective on All Those Prescriptions

I was recently introduced to a new and telling perspective on this situation by neuroscientist Daniel Levitin, whose TED interview on stress filmed in London just a few weeks ago is gaining significant traction online. I, for one, hope it goes crazy viral.

Dr. Levitin is the author of numerous books including (my favorite) The Organized Mind: Thinking Straight in the Age of Information Overload, which served in part as a basis for his talk.

I watched Dr. Levitin’s talk the other day (it is 12 minutes well spent) and was nothing short of blown away by the information he shared.

Where the Drug Buck Stops

When it comes to the problem of over-prescribed patients, it seems rather pointless to try and get the pharmaceutical companies and (some) doctors to do the right thing and stop pushing so many drugs on people. When there is a financial incentive for a particular behavior or even just a strongly ingrained professional habit, it is going to be rationalized and justified no matter what facts and statistics that suggest a change to that behavior are presented.

Consider the routine antibiotics that doctors write for childhood ear infections. It has long been known that antibiotics for middle ear infections don’t do much good. Otitis media clears up within three days on its own in most cases and doesn’t need any specific treatment, so says the American Academy of Pediatrics which has discouraged prescriptions for this condition for almost ten years (2).

What’s more, research is coming to light that kids who get lots of antibiotics gain weight much faster than their peers who don’t take the drugs and worse, are predisposed to weight issues for their entire lives due to the negative changes in gut flora the antibiotics trigger (2).

So what do most pediatricians do? They continue to hand out prescriptions for middle ear infections pretty much at the same rate as they did before (3). There has been little change for the better in reducing antibiotic use in children with middle ear infections in 10 years, despite the continued increase in childhood obesity with antibiotic overuse an implicating factor.

What’s up with that?

The Principle of Informed Consent

What’s a concerned patient or parent to do? Ultimately, it is up to the individual sitting in the doctor’s office to be prepared mentally and to make the first move to question a recommended prescription or surgery. This is what Dr. Levitin calls the “pre-mortem”.

According to Daniel Levitin, the question you really should ask your doctor that he/she probably doesn’t want you to ask is the NNT of the recommended drug or surgery.

NNT stands for “number needed to treat” and represents the number of people that is required to take a specific drug for a certain period of time before one person is helped by taking it.

Levitin uses statin drugs as a very familiar example. What do you think the NNT of the most heavily prescribed statin drug in America might be?

Would it be 1 – that is, every person taking the statin would be helped? After all, why would a doctor recommend a prescription for a statin unless he or she truly believed it would be of benefit?

As it turns out, all of these are wrong.

Shockingly, the NNT of the most widely prescribed statin drug in the United States is a whopping 300! This means that 300 people would need to take the statin for a full year before a single adverse event would be prevented! This statistic has been verified by Dr. Levitin himself and independently confirmed by Bloomberg.com

See how quickly a single question can change your perception of the benefits to you personally of filling that prescription? What’s more, factoring in the side effects of statins that occur at a rate of about 5% – debilitating muscle pain/damage, digestive problems, liver damage rashes, type 2 diabetes, cognitive decline – makes the proposition even more preposterous.

If you are skilled in calculating probabilities, you have likely quickly assessed that it is much more likely that you will experience serious side effects from taking a statin than an actual benefit – 15 times more likely in fact as pointed out by Dr. Levitin.

Levitin then goes on to say that the NNT of the most widely prescribed statin was not selected just to add shock value to his talk. The truth is, a high NNT is common not just for prescription drugs, but also for surgery.

For example, the most common surgical procedure in the United States for men over 50 is prostate removal for cancer despite an NNT of 49. This means that 49 men must undergo prostate removal before a single man is helped by the surgery. This combined with a 50% side effect rate which includes impotence, ED, urinary incontinence, rectal tearing, and fecal incontinence. If you’re lucky, these side effects only last a year or two for that unfortunate half who experience them.

Dr. Levitin concludes his startling remarks by reiterating the importance of the “pre-mortem”, or mentally role-playing a situation ahead of time where crucial questions might be missed in the heat of the moment while under stress such as in a doctor’s office. When under stress, the hormone cortisol clouds our rational thinking process. Thus, the pre-mortem prepares us ahead of time to ask questions such as “what is the NNT of this drug or that surgery”, which ultimately can prevent an anguished, mental post-mortem where a certain medical decision took us down a painful road we ultimately didn’t want.

If you are contemplating a prescription or a surgery that you are not certain you really need, I encourage you to watch Dr. Levitin’s talk, pick up the phone, call your doctor and find out the NNT before making that decision!