Treating the Pain and Causes of Gout Naturally

In-depth discussion of the causes of gout and its painful symptoms and how to resolve them naturally via diet modification and holistic anti-inflammatory measures. 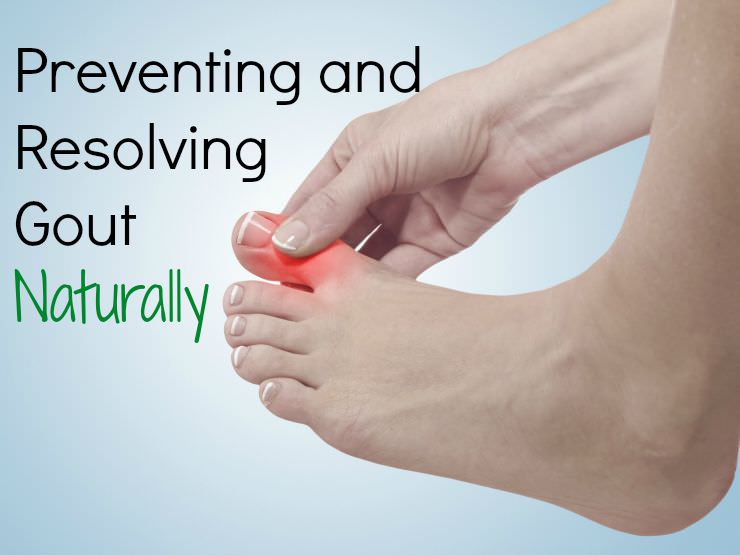 Gout is an ancient affliction of mankind with documented cases dating back at least five centuries.

Despite its persistence throughout history, there are many misconceptions about this painful condition, so much so that people prone to gout may tend to reject a nutrient-dense, traditional diet which includes full-fat grassfed dairy and other rich foods thinking that this way of eating is surely a recipe for attack.

The confounding thing about gout is that the symptoms are intermittent, which makes identification of the triggers particularly difficult. Strangely enough, each attack usually only affects a single joint at a time, the most common being the joint where the big toe is attached to the foot. Other commonly affected joints include knees and elbows.

Symptoms include redness, heat, swelling, and excruciating pain so much so that some patients cannot tolerate shoes or even a sock on the affected foot. The pain and extreme discomfort last about two weeks in most cases before symptoms begin to retreat. Patients perceive attacks to occur at random anywhere from a few months or even years in between. For some, symptoms may lessen between severe attacks but never really go away completely with fibromyalgia type symptoms suffered on a continual basis.

What are the Real Causes of Gout?

Modern science has revealed that the fluid removed from a gouty joint contains crystals of uric acid. These crystals are pointy in shape which accounts for the extreme pain described by those afflicted with the condition. Doctors diagnose gout via blood test which usually indicates elevated levels of uric acid.

Uric acid is produced when the body breaks down purines, which are natural substances found in all the cells of the body as well as virtually all foods. A relatively small number of foods contain concentrated amounts of purines, and these are also typically high protein foods. The shortlist of high purine foods includes organ meats, grains, fatty fish like mackerel, herring, sardines, anchovies, mussels, and other shellfish. In addition, yeast is surprisingly high in purines.

While purines are desirable in the diet because they provide part of the chemical structure of our DNA, some people seem to have trouble with them which is why the typical treatment for gout is the avoidance of high purine foods to lower uric acid levels. Patients are told to choose lean meats, lowfat dairy, and most importantly, avoid fats!

According to Tom Cowan MD, author of The Fourfold Path to Healing, the low protein, low purine intake is overly simplistic and does not get to the root cause of the excessive uric acid production that is triggering the painful gout attacks. He writes:

For example, high-protein intake is not necessarily connected with obesity so why are many gout patients overweight? Also, we now know that gout attacks can occur with almost any change in diet, even to a better diet, or even to a lower-protein diet. In fact, it seems that the precipitating factor is often change, even the particulars of the change. And finally, there is a connection with fat, as your doctor suggested, although the solution is not to eat less fat [emphasis added] (1).

The Root Causes of Gout

More recent research on the causes of gout has revealed that the situation is far more complex than simply the result of a high protein, high purine diet.

Given that most gout patients are overweight, uric acid levels have been found to be high in patients with insulin resistance and the host of risk factors that go along with it known as Syndrome X:  glucose intolerance, high triglycerides, obesity, hypertension and a predisposition to diabetes.

Syndrome X and the diet that typically precipitates it – high consumption of refined carbohydrate foods and sugar – have also been shown to raise uric acid levels and trigger a gout attack.

Another contributing factor is that the protein intake of gout sufferers typically occurs in the absence of traditional fats. In other words, gout easily gains traction when a susceptible person consumes a diet high in protein but low in healthy fats and in the presence of a large amount of refined carbs and sugar.

Note that gout was rare to nonexistent even in ancestral cultures that ate large amounts of protein because the protein intake was properly balanced by a large amount of healthy fats and gelatin-rich bone broth with zero refined carbohydrates.

The best nutrient to assist with the prevention of uric acid buildup is none other than the fat-soluble superstar Vitamin A, which is of particular importance to healthy and optimal function of the kidney. In fact, gout can be seen as a yang kidney deficiency with the inability to excrete enough uric acid to prevent problems with gout.

Foods rich in natural Vitamin A include liver, cod liver oil, tuna, cream, and shellfish. Note that plant foods do not contain any Vitamin A (2). Instead, they contain carotenes which must be converted by the body into Vitamin A, and this process is inefficient at best and nonexistent at worst.

In addition to adequate intake of vitamin A, Dr. Cowan recommends a liberal intake of animal fats and the regular use of gelatinous stocks to be “the key to preventing uric acid buildup and further attacks of gout” (3).

In some individuals, lemon essential oil helps to reduce and prevent painful gout symptoms. Externally, a few drops of lemon oil in contact with affected skin and in combination with peppermint or frankincense oil gently applied with a warm heating pad can bring relief.

In addition, a few drops of food grade lemon oil  (or a tablespoon of apple cider vinegar) in drinking water can help prevent flare-ups as reported in some personal testimonials (4).

Tart cherry juice is very helpful for preventing uric acid buildup. The recommendation from Dr. Cowan is 1 teaspoon twice a day. Be sure to get organic tart cherry juice (cherries are a highly sprayed crop) and choose a brand (like this one) without any added sugar! This daily regimen should be continued indefinitely if your medical history reveals a predisposition to gout.

Dr. Cowan also suggests 1 teaspoon per day of high vitamin cod liver oil (this brand and this brand are vetted for quality) to ensure sufficient vitamin A. 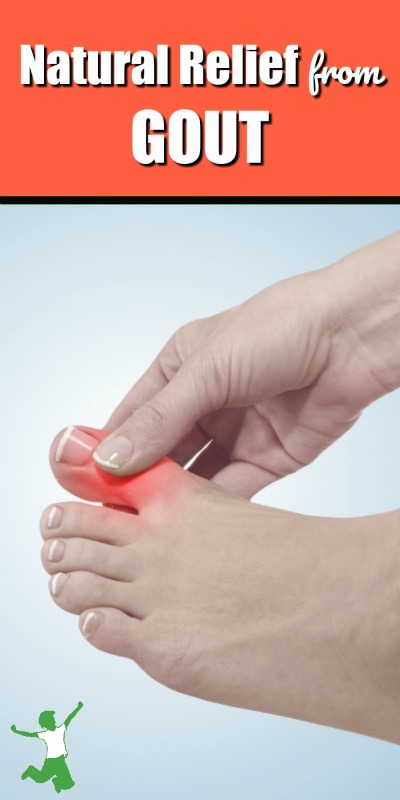 As mentioned above, this nutrient nourishes the kidneys and encourages normal kidney function to adequately excrete uric acid as it is naturally produced. Arginex from Standard Process can also prove helpful (1-2 tablets three times per day) as this supplement, like Vitamin A, helps to stimulate normalized excretory function.

If you are already in the midst of an attack, Dr. Cowan’s suggested remedy for anti-inflammatory relief instead of NSAIDS like ibuprofen is Boswellia complex (1-2 tablets three times per day).

Hopefully, this article will help you navigate through the confusing information about gout that predominates today even in a conventional doctor’s office. In particular, it is so important to be aware that the modern diet, not just one high in protein, is what tends to trigger episodes and that it is very possible to prevent the causes of gout naturally and resolve painful symptoms without drug intervention.

Vax or Get Fired? How to Prepare for Forced Vaccination