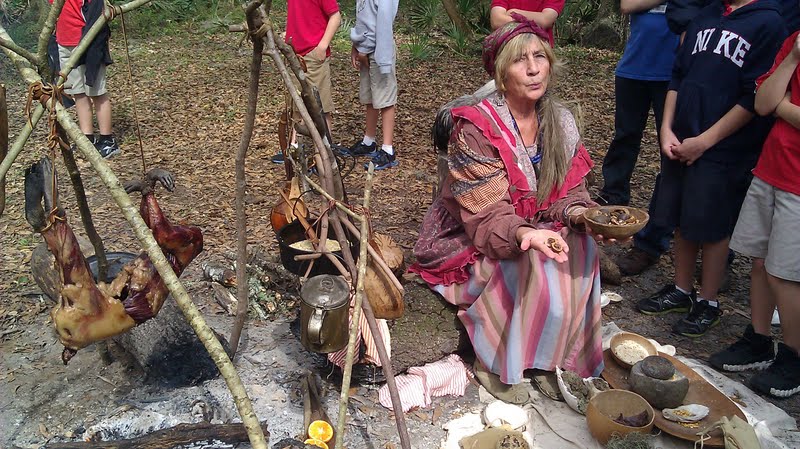 The Seminole tribe was the dominant Native American force in Florida during colonization of the area by European settlers during the 18th and 19th centuries.

Each year, Fort Foster at Hillsborough River State Park hosts a living history exhibit where schoolchildren can come and learn about the Second Seminole War, also called the Florida War, which occurred from 1835 -1842 between the United States and the Seminoles.

My child’s class took a field trip to Fort Foster this week to experience the living museum firsthand and I was happy to tag along as one of the chaperones for the class.

Every facet of life during this period for both the American soldier and Seminole Indians was covered in detail as one walked around the Fort as well as the tribal settlement located across the pristine waters of the Hillsborough River via a wooden bridge.  While all aspects of the living museum proved interesting,

I was particularly fascinated by the traditional foods of Native Americans living in Florida at that time as demonstrated by a lady dressed in Seminole attire who thoroughly explained how the tribe nourished themselves on a daily basis.

In the picture above, you can see an animal roasting over a fire.

The kids and chaperones had a fun time trying to guess what the animal was, but we all were wrong even though the claws are a dead giveaway that the animal is a raccoon!

Not boneless, skinless chicken breasts, mind you, but the dark meat of a chicken which is mineral-rich and full of very nourishing fat.

Soaked Corn a Staple of the Seminole Tribe 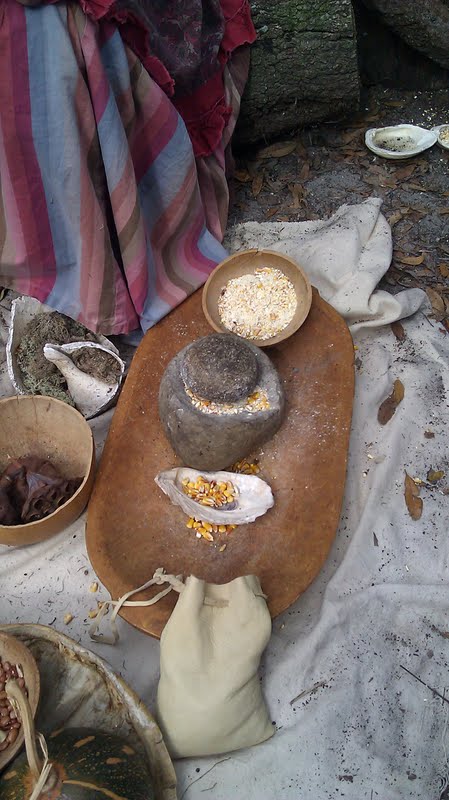 The dish that really caught my eye, however, was the soaked corn gruel that served as the mainstay of the Seminole tribe diet.

The corn was pounded into a coarse, cracked flour, soaked in weak lye water obtained from wood ash, and then cooked over low to medium heat for 3-4 hours into a soup called sofkey.

The lye increased the nutrient availability of the corn, most notably Vitamin B3 or niacin. Since sofkey was the mainstay of the Seminole diet, release of the niacin from the corn via soaking was absolutely critical to health.

Pellagra, a vitamin B3 (niacin) deficiency disease is a devastating illness that can result in death following progressively worsening symptoms of diarrhea, dermatitis, and dementia. Soaking the corn in limewater prior to cooking alleviated the risk of this illness.

Sofkey is sour to the taste indicating that the corn was fermented as well as soaked further improving digestibility and nutrient absorption for the Seminoles.

The Seminole Tribe in Florida was never completely defeated by the United States with several hundred individuals hiding out in the Everglades indefinitely eluding attempts to round them up and ship them off to an Oklahoma reservation. 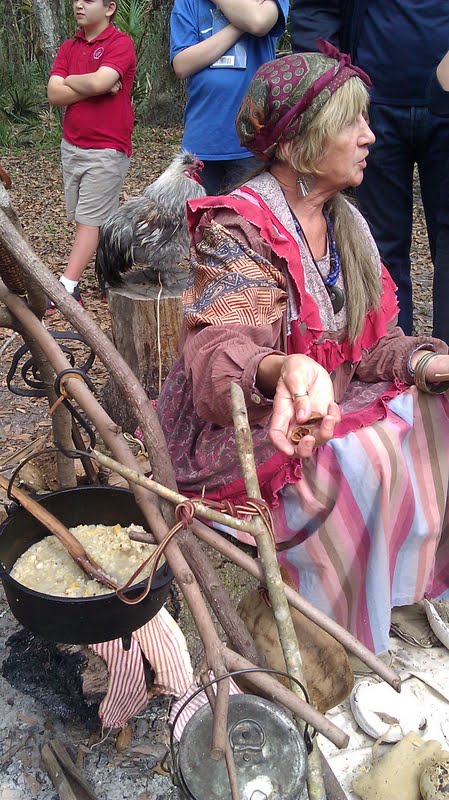 The Seminole tribe living in Florida today is quite proud of the fact that they were never officially conquered which played a role in the recognition of the tribe’s sovereign rights by the federal government in 1957.

No doubt, the Seminole tribe’s wise and careful preparation of their grain-based foods proved a deciding and critical factor in their ability to evade and resist resettlement by the United States government for over a hundred years all the while remaining healthy and strong.

If you live in the West Central Florida area, you can still visit the living history museum at Fort Foster which is on display through the weekend.

Real Food Compromise or Sell Out?

Headaches? A Most Likely Cause