Spirulina: Do Risks of Contamination Outweigh the Benefits? 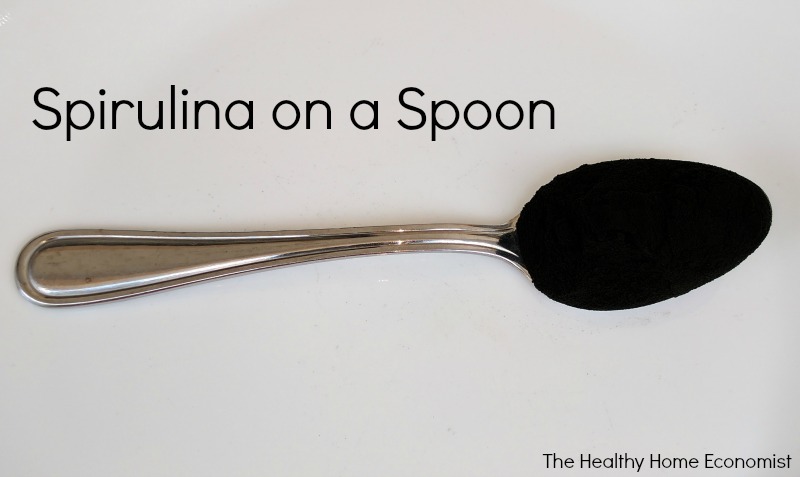 You may not have realized it, but if you have ever eaten spirulina, you were eating algae. Yes, that stuff that people with chlorinated swimming pools dread. Or that on occasion causes massive ocean hypoxic (dead) zones also known as red tide.

Spirulina is a particular type of cyanobacteria (blue-green) algae. In reality, the color is closer to green-black than blue-green. In fact, the powder is so dark that it appears almost as black as that food poisoning remedy known as activated charcoal. You can see this characteristic from the picture above. Spirulina is incredibly fine like activated charcoal too. As a result, you can make a huge mess if you spill it, which is probably why spirulina tablets have become so popular as an alternative to the powder.

So what makes this particular superfood so special? Why has it been embraced so strongly in the healthfood community as a popular supplement? Is taking spirulina a serious or spurious proposition?

Spirulina was used by many ancient civilizations, such as the Aztecs, starting sometime before the 16th century. It seems that ancestral cultures from South America enjoyed their fair share of superfoods such as Incan maca.

The discovery of spirulina’s historical usage led to its modern cultivation and eventually, the spirulina industry that launched in the 1970s and remains vibrant today.

Numerous articles extol the amazing powers of spirulina, which are not hard for healthfood newbies to (literally) swallow. Spirulina is high in protein, a definite buzzword today. Unlike many plant foods, it is also a complete protein – a major selling point. As a sole source of protein, however, spirulina is not recommended. It would require a huge quantity to provide the required amino acids in the necessary amounts to sustain health. This despite the fact that amino acids make up 62% of spirulina.

Another issue is expense. Gram for gram, spirulina is far more costly than other complete protein options such as the humble egg. It also has contradictions with a number of prescription drugs. The University of Maryland Medical Center warns that people taking drugs used to suppress the immune system should be careful of using spirulina. These drugs include:

On the other hand, early research has shown spirulina to be potentially beneficial to the regrowth of beneficial gut bacteria after antibiotics. Spirulina boosted the growth of L. acidophilus and other beneficial microbes, but only in a test tube environment thus far. More research is needed to determine whether it would have the same effect within the human gut.

Spirulina NOT a Source of Usable B12

While some promote spirulina’s B12 content, the B12 in spirulina is a bust.

Spirulina contains pseudo-B12, not the real thing. This form is biologically inactive for humans.

Thus, vegans or vegetarians who take it to cover their B12 needs are not going to experience the health results they seek. This is similar to how carrots contain beta carotene, which some people convert to small amounts of vitamin A. Carrots and other plant foods don’t actually contain true vitamin A despite being as such on processed foods. Even worse, the B12 analogues in spirulina can actually block real B12 from being absorbed by your body! The truth is that biologically active B12 is only found in animal foods.

Spirulina does contain good amounts of various minerals, like calcium, potassium and magnesium. However, you would have to eat it all day to come close to the low RDA amounts. Also, there is debate over just how much of the nutrients in spirulina are actually bioavailable (1, 2).

This is where the issues with spirulina gets serious. Microcystins are hepatotoxins (liver toxins) found in blue-green algae. They can irritate and damage the stomach and worse, cause liver damage. Long term exposure even at low levels is associated with toxicity to vital organs and cancer (3, 4). This is ironic given that preliminary evidence suggests that spirulina may help protect against liver damage and cirrhosis (liver failure) in people with chronic hepatitis.

Not such a nice little algae, eh?

A group of German researchers conducted a study, published in the journal Toxicology and Applied Pharmacology in 2012 reviewing the safety of blue-green algae. They analyzed 13 commercially distributed spirulina brands and found cytotoxins, substances that are harmful to cells, in every single one. The researchers concluded that use of such nutritional products is highly questionable (5).

Of 87 products tested, 85 showed the contamination of Microcystins and of these, 67 (or 72%) showed concentrations above the 1μg/g regulatory limit with some showing results at 10 times that (10.42μg/g). Its worth taking into consideration that the regulatory limit was based on guidelines comparable to the ones for drinking water which was 1μg/L and based on a 2 liter water consumption per day. If one is to look at a random sample of the dosages recommended by Spirulina manufacturers world wide it can be up to 20g per day giving an exposer 20 times this regulatory limit. Even this is highly optimistic, as worse case contamination being 10.42μg/g would represent a 200-fold dose of the toxic contaminant in question if one were to follow some top end recommended dosages (6).

Is Spirulina a Safe Supplement?

Spirulina is especially concerning for kids, who are more susceptible to liver toxins (microcystins) and their impact on the body. Oregon is one or possibly the only state as of this writing that sets maximum allowable limits on microcytins in Spirulina.

If you use spirulina powder and add it to green smoothies like so many today, make sure to source products with levels at or below Oregon’s allowed limit of 1 microgram per gram (7).

Also note that this warning applies to pregnant moms! There is at least one (and possibly more) confirmed cases of a mom taking spirulina and similar supplements harming their baby. Infant seizures linked to a mother’s spirulina use have also been documented (8).

A good video overview of the dangers of spirulina during pregnancy is below.

Other Microorganisms in Spirulina Supplements

One of the especially concerning problems with spirulina is contamination by unknown microbes. Some researchers assert that it is this contamination that creates the microcystin dangers in true spirulina, and not the spirulina itself. The medical literature is full of information regarding this particular issue.

A study published in 2013 in the Saudi Journal of Biological Sciences sampled 25 commercial spirulina products and found concentrations of six heavy metals. Study authors say lead, mercury, cadmium and arsenic are most likely to contaminate spirulina supplements. Each of these heavy metals can produce organ damage, even at lower levels of exposure (9).

Another study showed high concentrations of nickel in 22 of 25 spirulina products! Humans require no dietary nickel whatsoever. This means there is no biological need for it and if it is consumed, it may cause health problems. Hence, exposure to nickel via spirulina supplementation or other sources such as stainless steel kitchenware are extremely concerning (10).

Spirulina can be grown in any freshwater lakes, rivers or ponds. It is not cultivated in the ocean, so any issues with Pacific waters post Fukushima are not a concern.

However, any that is grown with desalinated Pacific ocean water anywhere near Japan and China raises concerns for contamination. One study published in 2013 specifically mentioned the dangers of radioactive isotope contamination in spirulina products. The Fukishima nuclear disaster occurred in March 2011.

Very little control exists over the composition of these products, which could be contaminated with a number of agents including heavy metals and certain radioactive isotopes (11).

Because spirulina readily absorbs certain heavy metals, it has been used to remove lead in contaminated water supplies.

… spirulina’s rapid lead adsorption rate and high lead adsorption capacity made them well suited for the removal of lead in wastewater. In addition, living cells of spirulina were found to have high tolerance to lead and can be regarded as an attractive adsorbate option for the biosorption of heavy metal contaminant (12).

This promising study also points to why we should be exceptionally careful with sourcing spirulina!

Safe Spirulina: Is There Such a Thing?

If you are going to supplement with spirulina, here are some suggestions to be sure you don’t get a product where the downsides of using it far outweigh any benefits.

Personally, for someone on a solid whole foods diet that includes pastured meats, raw healthy cheeses, and other nutrient dense foods, wild greens, and more, I see no need or benefit from an expensive and possibly contaminated supplement like spirulina. Your mileage may vary, but I will save my money for my local farmers and other superfoods grown via community based foodways.

One other concluding thought. Dr. L. Wilson MD of nutritional balancing fame recommends against using “green powders and green superfoods” of any kind. He warns that they go rancid quickly adding free radical damage to the list of potential problems. So, even if your spirulina is tested to be pure, shelf life is an issue to keep in mind before buying.

AirPods. Is Limited Use Safe? How to Handle with Kids