The Devastating Impact of Pseudo Estrogens in Our Environment 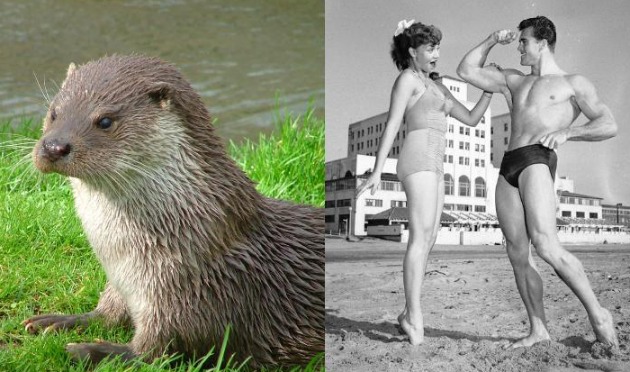 Otters are furry, fun-loving creatures that are experiencing some serious reproductive system birth defect these days apparently due to exposure to pseudo estrogens in their environment. According to UK researchers, the reproductive organs of male otters have been shrinking, or more precisely, the penis bone known as the baculum has lost both size and weight.

Worse, those otters are also likely to have undescended testicles and cysts on the tubes that transport their sperm.

These worrisome studies have implications for human males as well despite the fact that men don’t have a baculum.

The reason is that the otter problem is but one manifestation of a worldwide increase in male reproductive birth defects. Indeed, it’s happening in all species tested, and also includes decreases in both the quality and quantity of sperm.

The bad news about otters comes from British scientists working on the Cardiff University Otter Project and at the Chemicals, Health and Environment Monitoring (CHEM) Trust. Between 1992 and 2009, the researchers collected 755 otter carcasses and focused on measuring, weighing and closely examining their reproductive parts.

Although the scientists admit they don’t know for sure what’s causing the changes, they think pseudo estrogen exposure should take the blame. BPA, phthalates and other estrogenic chemicals commonly found in cosmetics, drugs, plastics, cans, takeout food packaging, and pesticides have contaminated the environment, including the rivers where the otters live.

What’s the takeaway for humans regarding the negative health effects of pseudo estrogens? First of all, it’s not just male fertility at stake.

Given the extent of the problem, it’s easy to fall into despair, but the bottom line is every one of us can make dietary and lifestyle choices that will reduce our exposure to pseudo estrogens. These choices include:

In a statement to the UK Daily Mail about the otter research, Gwynne Lyons, director of the CHEM Trust, summed up the situation well:

“These findings highlight that it is time to end the complacency about the effects of pollutants on male reproductive health. . . . The effects reported in otters may be caused by the same EDCs (endocrine disrupting chemicals) that are suspected to contribute to the declining trends in men’s reproductive health and cause testicular cancer, undescended testes and low sperm count. In reality humans and wildlife are exposed to a cocktail of many chemicals every day and some may be adding up to cause problems.”

For a more extensive discussion about soy and other environmental estrogens and a long list of citations read chapter 29 of The Whole Soy Story: The Dark Side of America’s Favorite Health Food (New Trends, 2005).