Should Vegetable Cooking Water Be Saved? 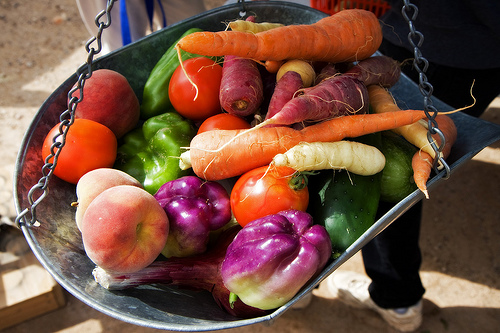 Adelle Davis popularized the practice of saving vegetable cooking water during the Leave it To Beaver era of the American 1950’s.

The reason for this recommendation was that any vitamins and minerals lost from cooking the vegetables would end up in the water.  This cooking water could then be added to homemade soups or sauces with the nutrition benefiting those that consumed them.

This notion took hold and has not let go to this day. Unfortunately, reserving vegetable cooking water can do more harm than good.  If the vegetables that are cooked are not organic, pesticides and nitrites from commercially produced fertilizers can end up in the cooking water.  Even low to no spray veggies such as asparagus would not be safe bets as these crops are still typically fertilized with commercial preparations that are high in nitrites.

Dark green, leafy vegetables such as beet greens, raw spinach and chard contain oxalic acid that blocks calcium and iron absorption. This irritating substance also can cause distress to the sensitive mucous membranes in the mouth and intestinal tract and contributes to the formation of kidney stones.

Consuming raw crucifers or dark, leafy greens is not an alternative either as the substances that cause problems when in the cooking water also cause problems if consumed directly with the vegetable in an uncooked state such as a raw green smoothie.

Legume Cooking Water Not Safe Either

Since 2015, the vegan community has popularized the trend of using legume cooking water for cooking, particularly from chickpeas. It is called aquafaba and is used as an egg replacement particularly in dessert recipes. It whips up foamy just like egg whites.

Cooking water from legumes is also dangerous to consume but for a different reason. Research published in 2018 revealed that chickpea cooking water contains saponins, a potent anti-nutrient that contributes to leaky gut. It is also not advisable for pregnant women to consume this substance as it is a miscarriage risk.

Vegetable Cooking Water that IS Safe

As a result, only the cooking water from organic root vegetables (carrots, turnips, potatoes, parsnips, and beets), organic squash (including zucchini), and organic vegetables from the lily (onions, leeks, and garlic) and nightshades (tomatoes, eggplant and peppers) families can safely be used. For example, this potassium broth recipe uses vegetables simmered in water that do not release toxins.

If you find it confusing as I do to remember the distinctions of which organic veggies are safe to use the cooking water for and which are not or if you mix you veggies together when you steam them, it is best to just adopt the practice of not using the cooking water at all.

It is of particular importance NOT to use vegetable cooking water for use in pureeing homemade baby food.

One final word of caution:   All vegetables tend to form nitrates after cooking and during storage.   These nitrates can transform into strong carcinogens in the intestines, so it is best to avoid refrigerating and reheating vegetables, particularly leafy, green vegetable which concentrate nitrates when grown commercially.