I thought it might be nice to take a break from my typical blog posts and look back at some of the laughs, tears, and gasps that have occurred in my home over the years cooking traditional food or trying to teach others about it.    Please add your own funny stories in the comment section!    A good laugh is one of the healthiest things anyone can do all day and I could always use a few!    Here’s a quick roundup of some of my silly stories: 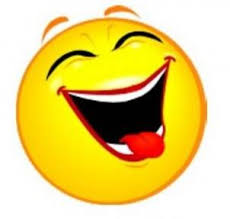 – A bottle of homemade root beer exploded in the freezer.   Of course, I was trying to cool it off quickly and forgot about it!

– My kids were playing soccer in the family room (I know, I know, what was I thinking?) when an errant shot went whizzing over the kitchen counter, knocked a full glass of kombucha into the air and splintering into a million pieces of glass on the floor, barely missing Yours Truly as it zoomed by.

– A nearly full jug of soured, fresh milk leaked while clabbering on its side on the kitchen counter (while I was out of the house, no less), leaking whey and cream cheese onto the counter, onto the floor, and into every nook and cranny in sight.   I was cleaning up that mess for days!

– I tried making homemade pudding with soured milk that was a little bit TOO sour.    The kids weren’t fooled even though I used chocolate – it was a total flop.

– I once made macaroons accidentally without any maple syrup.    The cookies turned out perfect and looked beautiful.    The look on my kids’ faces when they bit into them was priceless.

–  I exploded 2 liter bottles of Diet Coke mixed with a package of Mentos in the backyard at my child’s birthday party to make an impression on the kids that this stuff was just a bunch of chemicals and not what you want to be drinking.   The experiment was such a hit that my child asked me to do it again for his party the next year.     Unfortunately, the 2 liter Diet Coke bottles left over from the year before were forgotten in the garage all year and when I tried to explode them the next year, nothing happened!      Huge party letdown as the buildup and excitement beforehand had been pretty intense.

– My husband was bending down to pick up a small glass seltzer bottle from the floor of the pantry to make a fresh glass of bubbly kombucha when the bottle slipped out of his fingers just an inch or two above the floor.   One small piece of glass popped off the side of the bottle after it hit the ground, flew in the air, and made a pretty good slice on the end of his nose!   What are the chances of that happening?   Thankfully, it didn’t hit him in the eye!

– The first time I ever baked a local, pastured chicken, I cut open the chicken after cooking only to find the heart, liver, and throat packed the ribcage!   Lesson learned.   Pastured chicken from a local farmer is handled much differently than even the chickens at the healthfood store!

– I tried to hide grassfed, ground beef heart into the meatloaf one night.   The kids were having NONE of it!   Never tried that one again.   Wasted the whole meatloaf as no one would eat it.

– Got a 15 quart stockpot boiling with hot water to make a huge batch of kombucha.    Added the sugar, boiled for 5 minutes more and then went to add the tea only to find I was completely out!    On top of this, my car was in the shop, so I couldn’t run out and get some quickly.   I ended up having to dump the entire 15 quarts of sugar water down the drain before I was able to finally get some tea.

– Forgot about a glass bottle of homemade kombucha in the back of the car.   Found it several weeks later, only to find a baby kombucha culture growing on top of the liquid in the bottle!

– Did an experiment with the kids with a PB & J Uncrustable sandwich from the store.   Not many animals and even ants won’t go for this highly processed, nutritionless garbage, but discovered that raccoons do seem to eventually have pity on abandoned, outdoor trash.

– Last spring, used several gallons of raw, skim milk on my biodynamic citrus trees as a natural fertilizer to bring worms and enhance soil fertility.    I guess armadillos like their raw dairy too as the next morning, little holes dug by the armadillos encircled most of the trees!

– I have a practice of emptying a pan of leftoever coconut oil used for frying in the front yard in the bushes instead of putting in the garbage or down the drain where it could clog up the pipes.   If you do this too, make sure you do it far away from the house.    I learned this one the hard way … all kinds of critters LOVE coconut oil and do all manner of sniffing and digging around your front door if you just pour it on the grass nearby!   I doubt this would happen with canola or soy oil!

The Big Getaway Thank You