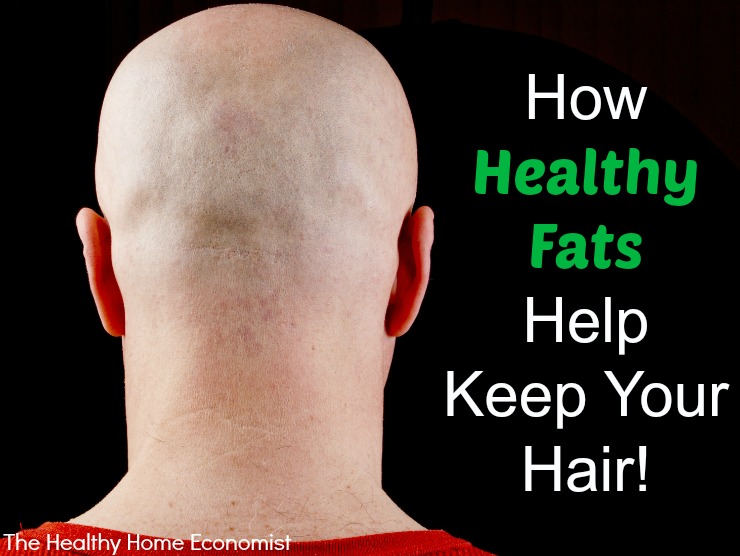 People today are experiencing hair loss at a rate not seen by previous generations. Even children are starting to lose their hair, especially young boys. Some of us can probably remember a friend who started experiencing a receding hair line while still in high school. In recent years, the problem has gotten much worse, with some boys suffering from thinning locks as young as 6 years old!

My hair stylist told me that hair loss is rampant in her clientele both male and female, young and old. She said this shocking observation is one reason why she has started to switch over to nontoxic personal care products.

While chemical exposure and other factors such as adrenal fatigue are no doubt contributing to the epidemic of hair loss today, one thing is for certain.

Male pattern baldness is the most common type of balding. It usually involves a receding hairline at the top and front of the head sometimes combined with hair thinning at the crown. It affects about 1/3 of men by the age of 30, half by age 50, and nearly two-thirds by retirement age.

Most people chalk up balding in men to genetic predisposition. While this is definitely true, there is another reason that is less commonly known: male sex hormones potentially gone awry.

According to Medical News Today, the molecule dihydrotestosterone (DHT) appears to be closely linked with male pattern baldness. What’s more, it is estimated that DHT is responsible for triggering baldness in over half of the men with hair loss issues.

This is not the only problem DHT causes. Excessive levels can trigger an enlarged prostate and potentially prostate cancer as well.

While DHT is an important male hormone (androgen) responsible for the development of male characteristics, when in excess it can cause problems. DHT is very potent, five times stronger than testoterone in fact! Moreover, DHT competes with testosterone for the same hormone receptor sites in the body. The difference is that DHT attaches more easily than testosterone and once bound, remains so for longer periods of time.

How does DHT contribute to issues with baldness? It does this by slowly “miniaturizing” the hair follicles to the point where new hairs are so short that eventually they do not even peek through the surface of the skin.

While new medications such as Finasteride (brand names: Propecia, Proscar) to inhibit the production of the baldness-inducing DHT have been shown to be successful in substantially reducing hair loss and stimulating new growth, wouldn’t it be better to control it with diet? After all, pharmaceutical drugs have undesirable side effects and sometimes even unknown risks for long term users.

Side Effects of Hair Loss Drugs

Here is the long list of side effects from Finasteride, many of them much worse than losing your hair (1).

Soooo, taking anti-baldness drugs supposedly makes you more attractive to dating prospects, but once you have their interest, you may no longer be even interested yourself?

All in a day’s work for a drug marketing brochure!

Instead of Drugs, Prevent Baldness with Saturated Fat!

Instead of health destroying drugs, why not prevent hair loss and help regrowth with simple dietary changes?

You see, saturated fat intake inhibits the production of DHT just like the drug Finasteride but without all the nasty side effects.

Here’s where saturated fat comes in.

Saturated fat naturally lowers levels of 5-alpha-reductase (5-AR) in the body. This correspondingly causes less DHT to be converted and a reduction in hair loss.

Researchers revealed in the journal Chemistry and Biodiversity this nutritional bombshell about the inhibitory effect of saturated fats on 5-AR which blocks the conversion of testosterone to hair munching, prostate enlarging DHT (2).

Still Afraid of Eating Saturated Fat Even to Save Your Hair?

Is fear of the saturated fat boogie man keeping you from embracing butter, ghee, coconut oil, and other healthy fats and foods like egg yolks and liver that contain them? Relax. You can literally take heart in knowing that the decades held belief that saturated fat causes heart disease has been completely disproven. Even Time Magazine set the record straight in 2014. The cover proclaimed that eating butter is best. Saturated fats containing natural beneficial cholesterol boost health and are not the dietary demons they’ve been portrayed for 5+ decades. Many doctors including cardiologists today are in favor of butter and other saturated fats as well. Some have even gone so far as to say that lowfat diet is “morally and scientifically indefensible”.

On an anecdotal note, I’ve noticed that nutritional conferences that promote the benefits of traditional diet definitely seem to have more than their fair share of both men and women with luscious locks. Rather then being purely coincidence, research is showing that it is specifically the saturated fats so prized by traditional, ancestral societies that are a primary reason why!

Quail Eggs are Delicious…Why to Try and Where to Get!