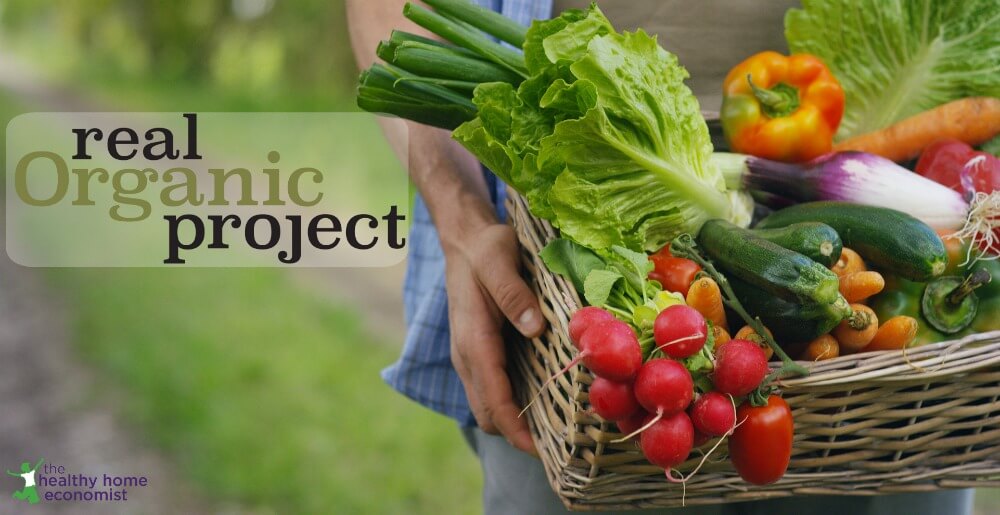 When I first started buying organic food in 1990, you could really taste the difference. The superior flavor of organic fruits, vegetables, eggs and meat was enormous! Choosing conventional simply because it was cheaper seemed lacking in common sense.

The wisdom of avoiding biocides hit home in a 2018 study published in the Journal of the American Medical Association. Scientists found a reduced risk of cancer in people who consume more organic food. They concluded that:

… promoting organic food consumption in the general population could be a promising preventive strategy against cancer. (1)

In addition to exceptional taste and biocide-free nutrition, organic food back in the day lasted well in the refrigerator.

Rarely if ever did you have to throw out produce that rotted or got moldy in the veggie bin. Food waste was greatly minimized. Combined with more nutrition and exceptional taste, this made the higher cost of buying organic well worth it.

Incidentally, resistance to decay with a tendency to sprout is an excellent indicator of nutrient dense produce. Those of us who bought organic twenty-five or more years ago knew this intimately.

In 2000, the USDA published its final rule establishing the National Organics Program, paving the way for the USDA Organic label.

USDA Organic is Failing the Consumer

Since then, the quality of organic produce, eggs, dairy and meat in the United States has steadily declined.

The welfare of animals on some “organic” farms is the same or little better than those poor creatures tortured within Concentrated Animal Feeding Operations (CAFOs).

The shocking invasion of unnaturally large, water logged hydroponic produce into the organic market (without proper labeling) has resulted in tasteless produce.

Moreover, produce grown this way seems to rot or get moldy extremely fast once you get it home. This means the hydroponic produce contains little nutritional value as well.

The failure of the USDA to protect consumers by prohibiting GMOs in organic foods and requiring GMO labeling on nonorganic foods are two reasons why the Non-GMO Project has grown so rapidly in just the past few years.

Inspired by the incredible success of the Non-GMO Project, a group of intrepid individuals founded The Real Organic Project to combat other deficiencies and loopholes of the USDA Organic label.

The truth is that a growing number of the farms certified USDA Organic do not deserve the label. These farms operate under a worldview at odds with the true meaning of organic.

Farms that grow hydroponically or those that do not adequately incorporate animal welfare into their farm practices comprise the two most glaring inconsistencies.

The Real Organic Project seeks to remedy this as an affordable add-on certification to USDA Organic.

The Real Organic Project is family farmer-driven and embraces centuries-old organic farming practices along with new scientific knowledge of ecological farming. We believe that crops grown in soil and livestock raised on pasture-based systems are fundamental to organic farming. Healthy soils equal healthy crops and livestock, which equal healthy people and a healthy climate. (3)

In a nutshell, The Real Organic Project certification gives consumers a way to easily identify nutritious, biocide-free food. Produce that is not only organic, but also properly grown in healthy soil. Further, it gives consumers a way to find pasture based farms that produce eggs, meat and dairy in a sustainable manner. These family farms care for the welfare of their animals rather simply avoid the use of  antibiotics and steroids.

One glaring omission in the media reports about the recent study published in the Journal of the American Medical Association is that it was conducted in France.

In the European Union (EU), organic standards are far stricter than USDA Organic. Hydroponic produce does not qualify for organic certification, nor does meat or eggs produced in a CAFO type of environment.

This is exactly the type of organic The Real Organic Project seeks to bring back to the United States.

In sum, if you wish to enjoy a reduced risk of cancer from your diet by eating organic, choose food that qualifies as ecologically organic.

This means choosing to support organic farms that grow their crops in healthy soil.

Hint: Those giant, water logged “organic” strawberries at the store were NOT grown in healthy soil! There’s a reason why hydroponics get moldy so fast!

My hope is that The Real Organic Project gains traction in much the same way as the Non-GMO Project.

This will eventually allow consumers to shop with confidence knowing that the food they choose with this certification is not only free of biocides and GMOs, but is also nutrient dense, hardy in the veggie bin, and produced under the highest standards of animal welfare.

(1) Association of Frequency of Organic Food Consumption With Cancer Risk