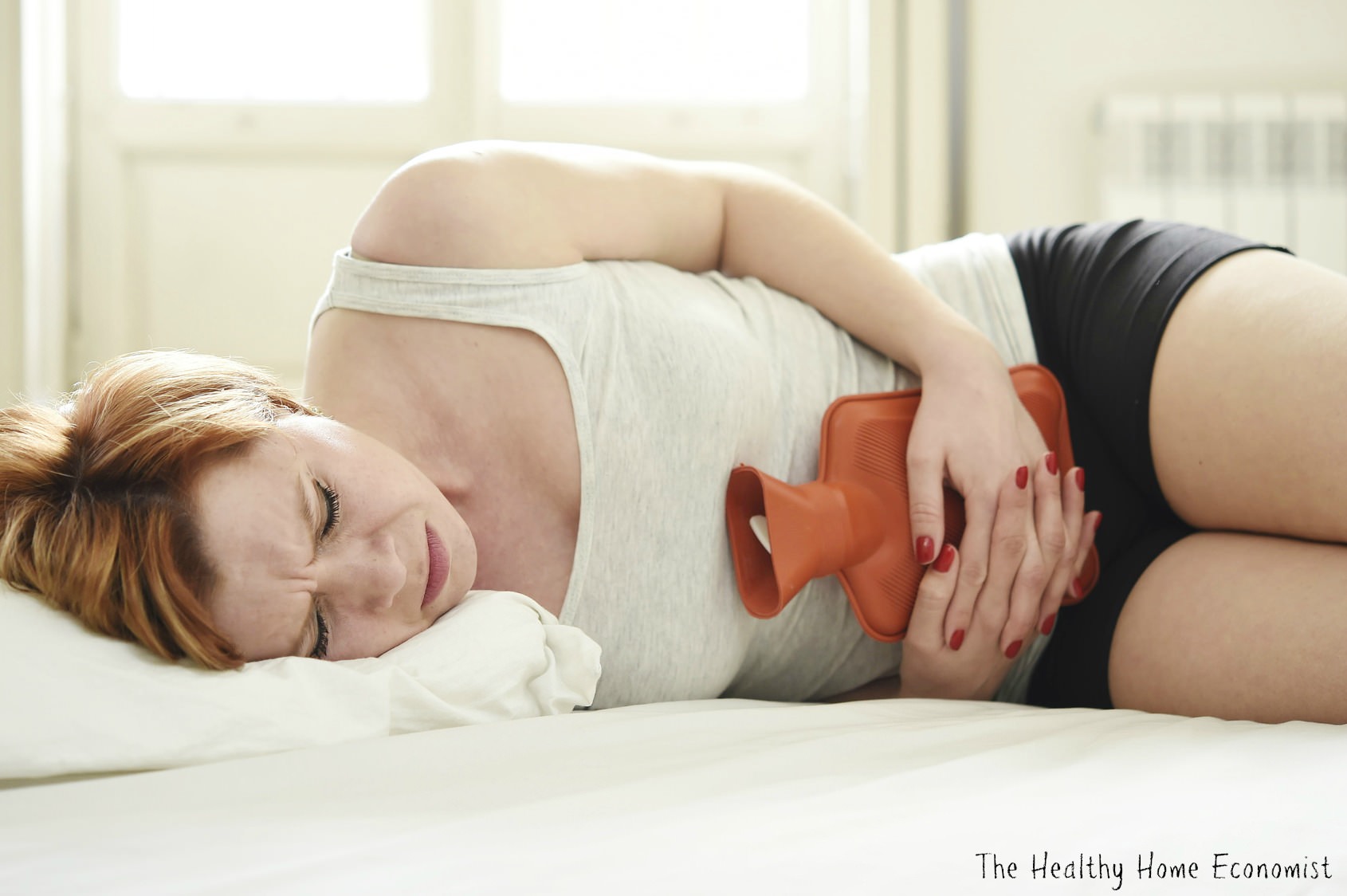 Excess estrogen can frequently be a cause too. Estrogen dominance is a real threat in our modern environment loaded with estrogen mimicking chemicals like BPA and pesticides seemingly everywhere. In addition, estrogenic foods like soy are added to a majority of processed foods.

Be aware that soy protein and soyamilk can trigger similar effects as edamame or other whole forms of soy.

Heavy periods put a woman at risk for anemia, infertility, weakness and persistent fatigue if not corrected. Unfortunately, conventional treatments for this condition involve only drugs and surgery. Options include the birth control pill, hormone releasing IUDs, hysterectomy or a more recent technique called endometrial ablation.

I know several women who have undergone endometrial ablation in recent months to combat heavy periods. This surgical technical involves destruction of the uterine lining either with a laser, radio frequency or microwaves, or heated water.

The ladies I know who have had this procedure swear by it and were very happy with the results. However, this approach is not an option for younger women who want to have children. It is also best to avoid a surgical procedure unless absolutely necessary. Complications are always possible such as infection of the bladder or damage to the womb or large intestine.

Vitamin A is known to help with excess estrogen so a simple increase in the amount of natural Vitamin A in the diet can help reduce heavy cyclical bleeding.

It is important to note that beta carotene will not help here – it must be true vitamin A best found in sufficient doses in high vitamin cod liver oil.

According to a case study written about in the book Eat Fat, Lose Fat, 2 tablespoons of high vitamin cod liver oil per day supplying about 60,000 IU of Vitamin A for 3 days in a row eliminated this debilitating problem for one woman who had been suffering from what she called a “never ending period” for 4 years!

Note that a daily maintenance dose of high vitamin cod liver oil (1 tsp per day) was sufficient to keep the problem of heavy periods at bay.

Do you suffer from heavy periods and have reached the end of your rope? If you are considering surgery, why not try this simple remedy to see if it might work for you?

Be sure to use ONLY high vitamin cod liver oil that contains only natural Vitamin A.  I suggest Dropi cod liver oil. Most of the brands on the market today use synthetic Vitamin A instead of the real thing. Worse, it is not clearly labeled. Using cod liver oil with synthetic A or supplements containing beta carotene will not be helpful.

For vetted and tested sources of high vitamin cod liver oil that use only natural Vitamin A and no synthetics, check my Resources page.

When Breast Cancer Isn’t Bad News
Next Post: What is Fresh Milk Anyway?

Review of the top three brands of affordable organic mattresses and how they compare in lumbar support, overall comfort, prevention of sagging, and mattress durability. I’ve been looking into the…