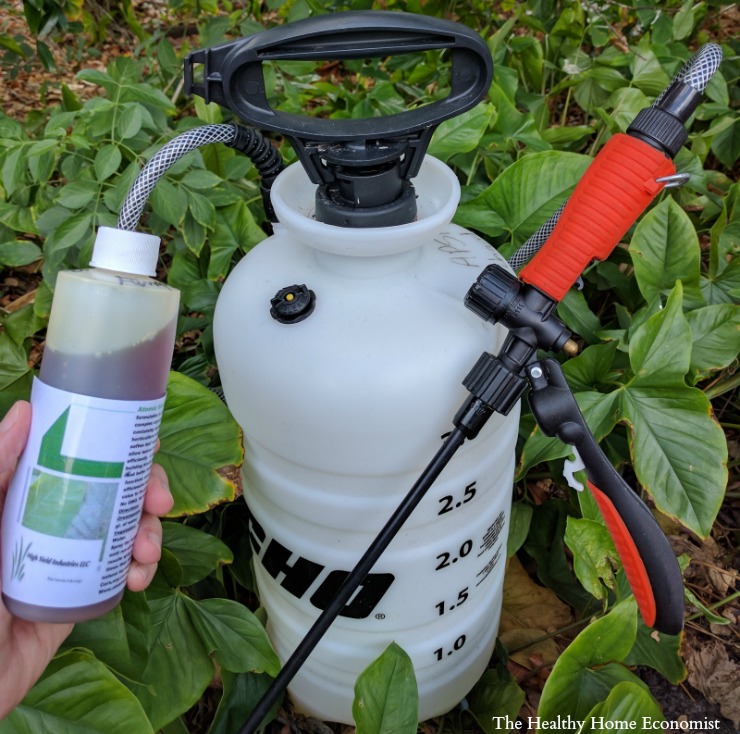 So you’ve figured out how to keep Monsanto out of your garden – permanently. Now you’re trying to get this organic gardening thing down, but having trouble ditching the pesticides and chemical fertilizers. If these two statements, by and large, describe your home cultivation efforts, you need to know about neem!

We tend to think that pesticides and herbicides are new to agriculture. But, the truth is that people have been trying to battle back against bugs and weeds for a very long time. Most Americans associate tobacco with cigarettes, but it also is a powerful insecticide. Conversely, the pretty smells and medicinal potential of various essential oils come to mind readily. But, many don’t always realize that numerous types of bugs are repelled by these attractive smells.

Neem is one such natural, historical, and once widely used weapon in the war to raise clean food.

Neem is a tree that is native to India. The species name is Azadirachta indica. Not surprisingly, this evergreen tree plays an important part in the culture’s traditional Ayurvedic medicine.

The leaves and the seeds of the neem tree’s fruit are the parts of the plant most widely utilized as they are easily renewable sources. Neem oil is derived from the crushing of the seeds, which is why it is also called neem seed oil.

Both neem oil and the leaves have a wide variety of beneficial uses for everything from pest control to personal hygiene.

Traditional Ayurvedic uses of neem [leaves] include the treatment of acne, fever, leprosy, malaria, ophthalmia and tuberculosis. Various folk remedies for neem include use as an anthelmintic, antifeedant, antiseptic, diuretic, emmenagogue, contraceptive, febrifuge, parasiticide, pediculocide and insecticide. It has been used in traditional medicine for the treatment of tetanus, urticaria, eczema, scrofula and erysipelas. Traditional routes of administration of neem extracts included oral, vaginal and topical use. Neem oil has an extensive history of human use in India and surrounding regions for a variety of therapeutic purposes. Puri (1999) has given an account of traditional uses and therapeutic indications and pharmacological studies of this oil, in his book on neem (1).

Neem’s active components are exceptionally powerful and why it developed so many uses over the centuries. In particular, these natural chemicals have quite a dramatic effect on insects.

The active ingredient in neem, azadirachtin, consists of compounds called liminoids, which act somewhat like steroids. When insects eat neem-coated foliage, the liminoids disrupt normal hormone production and processing, causing a loss of appetite in some insects and interfering with normal reproduction, maturation, and molting patterns in others (2).

Garden pests. We all know them. We’ve all got them. How to get rid of them without pesticides? Neem is one possible approach to dealing with a wide host of these inconvenient creatures that can cause such devastation in our gardens.

Here’s a list of some of the many pests that neem repels:

Even better, unlike some other organic pesticides, neem seed oil is safe for most beneficial and soil insects when used properly.

For example, neem will do no harm to precious earthworms, beneficial microbes living in the soil, ladybugs, bees or birds. Note: bees cannot be sprayed directly, however. More on that caution below.

Citrus Greening: How Neem is Saving the Day

Just how badly can a tiny bug impact a farm or even an entire industry? Let’s look at Florida.

The Sunshine State is in the midst of a terrible blight upon its citrus trees called citrus greening also called yellow dragon disease. Conventional orange growers say there is no cure. The disease is carried by the tiny Asian citrus psyllid. Estimates are that it may have already infected 99% of Florida’s citrus groves. First discovered in Florida in 2003, by 2009 it had spread to all 32 of Florida’s citrus-producing counties and is now threatening to collapse the entire industry.

The psyllid insect does its devastating work by injecting a bacterium into the tree. This microbe blocks the flow of nutrients causing yellowing leaves, sour and misshapen fruit. The fruit also drops to the ground prematurely. Eventually, the tree dies. In the five year period from 2006 to 2011, it caused $4.5 billion in losses, cost thousands of jobs, and tripled orange prices.

Florida is now producing the smallest harvests in over 50 years! Some are wondering how long Florida’s citrus industry can survive at this rate of decline (4).

While citrus greening or yellow dragon disease is purported to have no cure, some farmers are showing positive results using botanical oils containing neem.

One company, Uncle Matt’s Organic, is having these beneficial results tracked by University of Florida researchers working with the Department of Plant Industry (DPI) of the Department of Agriculture, and the USDA:

Over the last 18 months, counts indicate that Uncle Matt’s organic groves had a “low” percentile of psyllid presence compared to conventional groves. Laura Batcha of the Organic Trade Association noted that this indicates “equal or better disease management” than using pesticides.

“We’d like to show skeptics this could work over time,” said Matt McLean, CEO of Uncle Matt’s (4).

Certain types of “rusts,” “blights,” and fungus have a field day attacking fruit trees. In Kentucky, where cedar trees are plentiful and unavoidable, tree rust is spread that can easily overwhelm nearby apple orchards. For example, only a single gall (abnormal growth) on a cedar tree can produce billions of spores! Some rust spores have been known to travel almost 14 miles with 2 miles very common (5).

The good news is that neem alone or as part of an entire organic control and management program can play a crucial part in protecting apple trees from rust.

Proper Use of Neem in and around the Home

Neem is fairly simple to use and often comes pre-diluted in easy to use spray bottles (though if you have a large garden, you may want to purchase a concentrate, handle it with care, and dilute it yourself). Because it is a liquid, you will want to spray at appropriate times so that plant foliage is not burned by sunlight hitting the liquid on the leaves.

Neem is dangerous to bees and a few other beneficial insects if sprayed DIRECTLY on them. It appears it won’t harm them to forage on plants after an application. So make sure you spray at times when pollinators and other helpful critters are not in the way and seek to minimize any contact with them.

It appears that the reason neem is safe for helpful insects, worms, and birds is that the pests eat the plants, but beneficials eat the pests! So they receive only limited exposure to the chemicals in neem. You still have to be careful when applying, as any oil/water spray can suffocate insects, good or bad. Your best bet is to spray very early in the morning or late in the evening when the good critters are biding their time elsewhere (6).

Neem for Controlling Pests on People and Pets

The mild weather has people across the Northeast US worried about an explosion in the tick and other pest populations that carry diseases like Lyme. While neem won’t kill ticks (at least not super quickly), it does interfere with their breeding cycles (7). Hence, it is good to spray around a property to keep ticks at bay, although for camping, use something else like yarrow.

Neem is an excellent way to control pests such as gnats, mosquitoes, and no-see-ums. It can be sprayed on clothing in a diluted form only. Be sure to follow the directions on the bottle. It can be used in and around the home to repel and resolve pest problems as well (though for ants, I prefer a sugar trap made with borax to all others).

Neem oil is often used in natural shampoos to control fleas and other pests on pets, especially cats and dogs. See the cautions below.

Sadly, alternatives like neem make agribusiness and corporate interests very worried. They are so worried that neem products are inexplicably banned in the United Kingdom. In Canada, as of this writing, there are still no registered neem oil pest control products. Also, in Canada, you could only use such a product if you were licensed and registered, thereby making them unavailable to average gardeners and small farms (8).

Unfortunately, the systems of registration, evaluation, and regulation of a chemical even if nontoxic favor large, industrially owned and patented synthetic compounds instead of traditionally used natural solutions. Small companies cannot as easily afford the immense costs to go through the hoops and hurdles registration requires in many countries.

Does Neem or Neem Oil have any Dangers?

Ingestion/consumption of concentrated neem is dangerous, especially for pregnant women and children, and also for pregnant pets. Be sure to store neem safely so that it cannot be confused with other products.

Otherwise, using neem on one’s clothing or garden vegetables is perfectly safe if used according to instructions and diluted properly.

Knowing about neem is another option to protect your organic garden this Spring and Summer! But remember, a truly organic garden uses chemicals, including natural ones, only as a last resort. The focus should primarily remain on prevention through integrated pest management, habitat for beneficial insects, and soil health among other options and approaches!

Where to get neem?

Fortunately, neem oil and products containing it are widely available in the United States. It is easiest to find at local garden stores or order it online.

No Bees? How to Grow a Garden Bumper Crop Anyway

Organic Hydroponics? Not for Me!