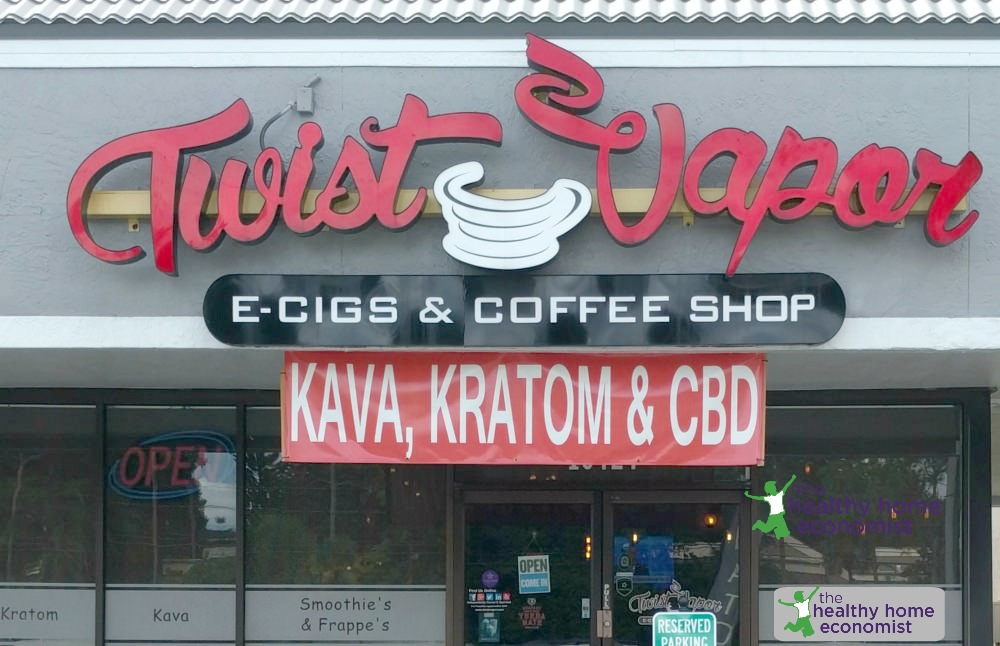 We parents have quite the challenge on our hands these days. When it comes to drug use, no longer can we concern ourselves with simply teaching kids about the dangers of illicit substances and how to avoid them.

Now we have to dive headfirst down the rabbit hole to pro-actively inform them about legal drugs that they (and ourselves) may benignly encounter under legitimate, seemingly safe, scenarios. Kratom is one such substance that is proliferating like wildfire, threatening unsuspecting consumers – and children – with its little known addictive effects in the process.

Kratom is a plant native to Southeast Asia. It contains the substance mitragynine, which is a powerful psychoactive alkaloid.

Not surprisingly, in this part of the world, kratom is popular as a recreational drug.

Prepared as a dried and ground herb, kratom tea is a deep green powder that looks strikingly similar to matcha. It is promoted as helpful for anxiety and pain, making those seeking a lifestyle boost particularly vulnerable.

Fans of kratom say it is safe because it has been used in Asia as natural medicine for centuries. Further, they claim that dangerous side effects only potentially occur when mixed with alcohol or drugs.

Here in the North America, this herb is unregulated with dried and crushed versions commonly taken in pill form or brewed into tea.

Even more worrisome, many places that serve kratom tea spike it with CBD oil, increasing the synergistic dangers for a psychotic episode.

One of the first to address the problem, New York City recently banned edibles and drinks containing CBD in bars and restaurants. As of this writing, however, it has taken no action on kratom. (1, 2)

Popular at tea bars where young people like to hang out, kratom is popular for triggering an opioid-like effect. Depending on the dose, those who consume it may experience stimulant like effects or even mild euphoria. Hence the aggressive marketing to “naturally” treat anxiety and pain.

Currently, there are no age restrictions on kratom use. This means a minor can order it on their own, and it is frequently available in places where no alcohol is served giving the false impression of safety.

This substance is already the subject of at least one lawsuit, by the parent of a teenager in my local area.

Kratom is suspected of causing brain damage in a 19 year old who drank it frequently starting at age 15 at several tea cafes near her home.

Then, out of the blue, the young woman began to suffer from “psychotic episodes and hallucinations so severe that she was confined” to a nursing home. Her physician made the connection between kratom and her brain injury. The suit alleges that the tea bars failed to warn about its dangerous side effects, making them liable for damages. (3)

Disability from kratom seems to be the tip of the iceberg.

The Food and Drug Administration has linked kratom to dozens of deaths in the United States over a nine-year period. To date, however, the agency has taken no action on prohibiting or regulating its use, saying only that:

There are no FDA-approved uses for kratom, and the agency has received concerning reports about the safety of kratom. FDA is actively evaluating all available scientific information on this issue and continues to warn consumers not to use any products labeled as containing the botanical substance kratom or its psychoactive compounds, mitragynine and 7-hydroxymitragynine. FDA encourages more research to better understand kratom’s safety profile, including the use of kratom combined with other drugs. (4)

Fans of kratom claim that its effects are beneficial and can help wean people off deadly opioid abuse. While potentially true (more research is needed though – see below), it doesn’t justify easy kratom availability to minors.

What about people who don’t or have never even used opioids?

According to the FDA, kratom “affects the same opioid brain receptors as morphine, [and] appears to have properties that expose users to the risks of addiction, abuse, and dependence.” (5)

Does this seem like a substance that a 15 year old girl as described above should be able to freely consume at a local tea bar?

One or more symptoms typically appear within 5-10 minutes of consuming kratom. They usually last between 2-5 hours. The complete list of short term side effects from consuming kratom in tea or capsule form include: (6)

Kratom dependency is documented in the scientific literature in the journal Drug and Alcohol Dependency. More than half of users who consumed kratom for six months or longer develop severe dependency problems. The other half show moderate addiction.

Nearly 100% of people using kratom for 6 months or longer were addicted – either moderately or severely.

Those who consumed 3 or more glasses per day had a higher risk of developing severe addiction. These individuals were also likely to experience uncontrollable kratom cravings and withdrawal symptoms which included: (7)

The journal Addiction Biology also warns of the “evidence for an addiction potential with cognitive impairments for mitragynine [kratom], which suggest its classification as a harmful drug”.  (8)

The Effects of Kratom – Bottom Line

The current scientific literature on kratom summarized above is certainly ominous.

However, much more research needs to be done on the effects of kratom.

The best information we have at present is what doctors have observed about dependence in a clinical setting from individual patients experiencing addiction and/or withdrawal symptoms.

In the meantime, savvy parents will take the initiative to warn their children to avoid this herb when frequenting cafes and restaurants with their friends.

I certainly love a good natural remedy as much as anyone, but just because something is natural does not make it safe!

Just Say No … to Kratom!

(2) Legality of Kratom in New York

Chiropractic for Constipation (and Other Energy Blockages)