The Five Healthiest and Best Substitutes for Butter 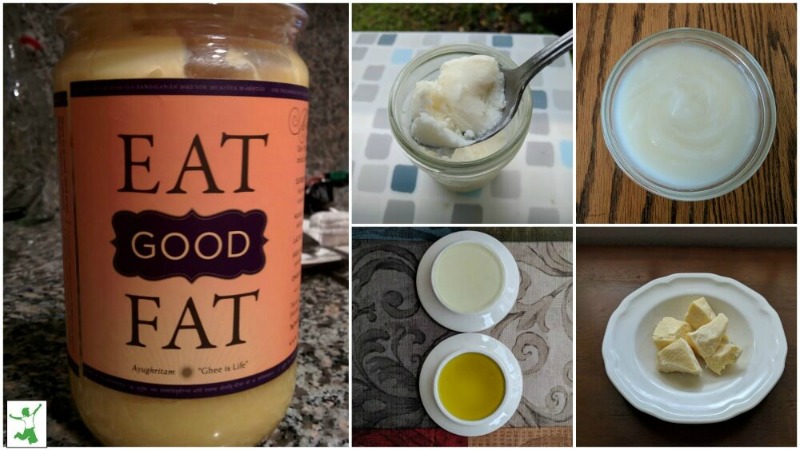 A small but still sizable percentage of people today are unable to eat butter. Typically, the reasons are due to a dairy allergy or restrictive food philosophy. This is a shame considering that butter, especially if from grazing animals, is one of the most nutrient-rich and affordable traditional foods. The reassuring news is that there are five excellent substitutes for butter that are great tasting and whole-food based.

There is no need to settle for butter substitutes made from rancid or even genetically modified fats! Just say no to whipped butter blends and other cheap, mass-produced vegetable oil-based spreads like “Smart” Balance!

By far, the most nutritious and best butter substitute is ghee.

Ghee, or clarified butter, has been used for thousands of years by Indian cultures. In fact, traces of ghee have been found on fragments of Indian pottery dating as far back as 6500 BC!

In these cultures, ghee served as a very important source of the elusive yet critical MK-4 version of vitamin K2. No plant-based butter substitute contains this nutrient.

The vast majority of people allergic to butter can eat ghee with no problem. The reason is that the process of clarifying butter by heating removes all of the proteins with only pure fat remaining.

This means that ghee is shelf stable as well as non-allergenic. Unlike butter, ghee does not need refrigeration and keeps well on the counter or pantry for many months.

When raw butter is clarified by centrifuge without any heat, the resulting fat is called butter oil.

Butter oil is even easier to digest than ghee because all the enzymes and probiotics are intact.

Ghee is perfect for all occasions where you would typically use butter from spreading on toast to baking cookies.

Coconut butter goes by a number of names including coconut manna and coconut spread.

The most nutritious coconut butter is made from 100% organic, raw coconut meat. It is perhaps the most affordable and best vegan butter substitute.

Manufacturing involves rapidly dehydrating, pulverizing and then grinding the coconut meat at temperatures below 103 °F/ 36 °C to preserve all enzymes, nutrients, and probiotics.

Absolutely nothing should ever be added to pure coconut butter!

While coconut oil melts at 76 °F/ 24 °C, coconut butter usually maintains a delectable spreadable consistency throughout the year in your pantry.

Like some nut butters, the oil in the coconut spread will naturally rise to the top of the jar over time. If you keep it quite cool in your home, lightly warm the jar in a bowl of warm water and then stir with a knife to reblend.

Coconut butter is best reserved for spreadable uses or adding to smoothies. The texture is not as suitable for baking as ghee. If you need a coconut-based baking substitute for butter, expeller pressed coconut oil imparts incredible moistness, especially for cookies and cakes.

When many people think of cocoa butter, they think of skincare products, particularly those crafted for use in the sun. However, this rich aromatic fat makes an excellent plant-based butter substitute too.

Even if you are avoiding cocoa powder or chocolate in general, cocoa butter is still safe to use. It has a warm, chocolate aroma free of caffeine and other irritating substances.

The difference between cocoa butter and cacao butter is simply that one comes from roasted beans and the other from raw beans.

Both cocoa and cacao butter are quite expensive. Thus, they are best reserved for making candies and other sweets where small amounts are required. In my home, cacao butter is a key ingredient in my homemade chocolate sauce recipe.

With coconut oil one of the most beneficial plant-based oils and ghee a potent, low allergen, highly nutritious animal-sourced fat, it would seem logical that combining them would be a boon in the kitchen.

Using this oil blend works beautifully for sauteing, frying up pancakes, cooking vegetables, and stir-frying. Higher heat uses such as grilled cheese sandwiches work too. Blending the ghee with coconut oil increases its smoke point. The resulting heat resistance of the blended oil is higher than coconut oil alone.

You can either buy coconut ghee for convenience or make it yourself by blending warmed, liquified ghee and coconut oil together 50-50 in a large mason jar. Using a stick blender seems to work the best and make the least mess.

If you would prefer no coconut flavor to your coconut ghee, use expeller-pressed coconut oil instead of virgin.

Palm shortening makes a very good butter substitute, but for baking only. It has little to no taste, hence it is not as delectable as the other substitutes for butter described above.

Note that palm shortening is also known as palm fruit oil because it is derived from the fleshy part of the palm fruit.

Palm kernel oil is derived from the hard and innermost, nutlike core of the palm fruit. However, this oil is more expensive and not typically used to make palm shortening.

There is a downside to both forms of palm oil and that is the issue of sustainability. Deforestation to make way for palm plantations has resulted in a substantial loss of habitat for orangutans in locations such as Borneo.

As a result, it is important to only support companies that produce sustainable palm oil. 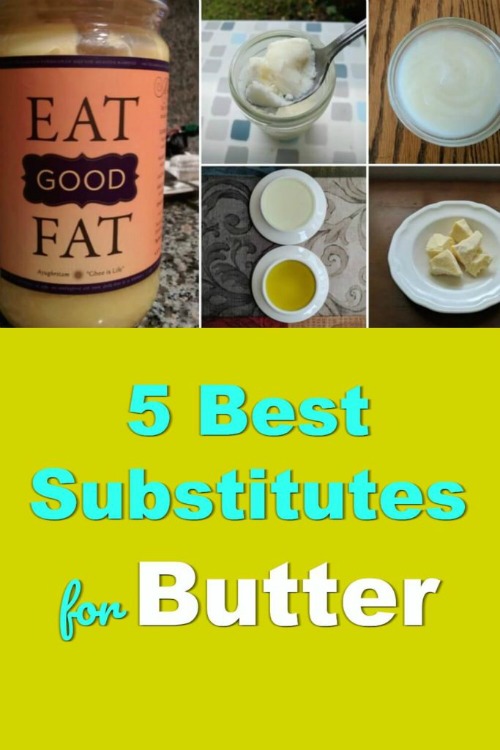 Tips When Substituting Oil for Butter

If you wish to use your favorite oil instead of butter in baking or cooking, the substitution may or may not be 1:1.

For example, if a recipe calls for 1 cup of butter, you would use only 3/4 cup of oil. This is because butter has less density than oil.

However, if that same recipe calls for 1 cup of melted butter, then you would substitute a full cup of oil.

Which of these five butter substitutes do you use in your home? What is your favorite go-to substitute for butter?

The Most Stolen Item in the World

Avocado Oil: Does This Modern Fat Qualify as Healthy?

6 Reasons to Steer Clear of Canola Oil (even organic)