The Untold Story of BUTTER 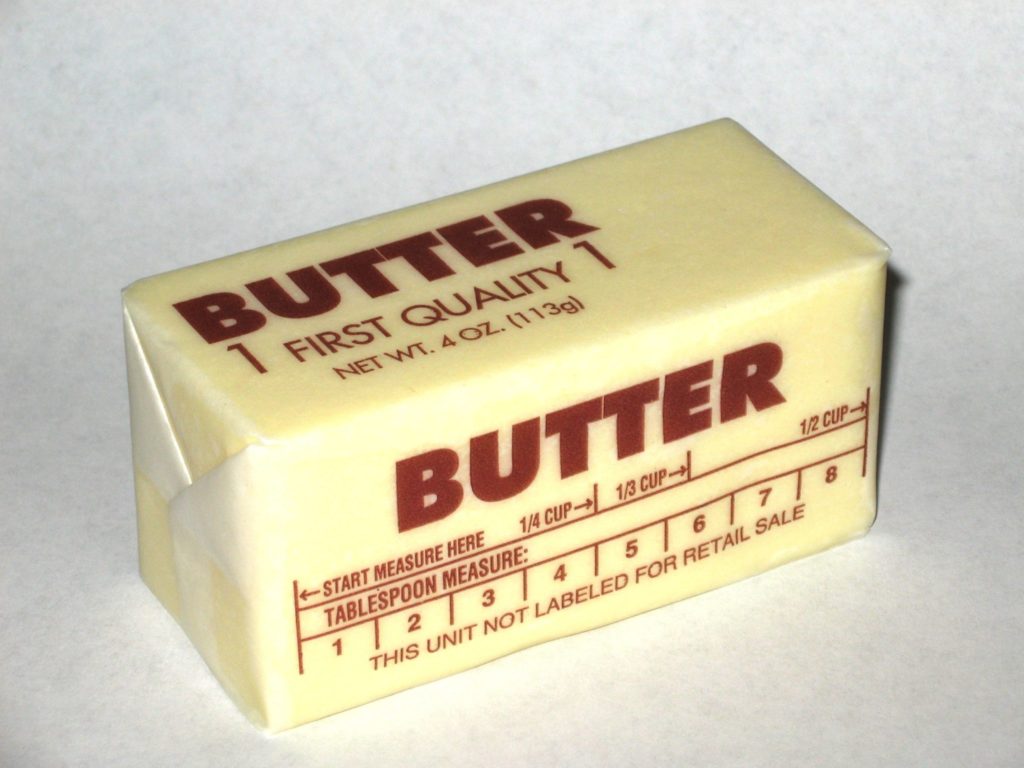 Fifty years ago, a sea change began to occur in the perception of nutrition in America, and hence, the entire Western World. It started shortly after World War II when butter and other saturated fats became public enemy #1 through the apparent link between their consumption and heart disease.

Cholesterol-rich foods such as egg yolks and liver joined the list of vilified foods during the 1970s as the public was told by doctors, nutritionists, and the limited media outlets at the time (network TV and radio) that these foods were clearly linked to the epidemic of heart disease. The discovery that artery-clogging plaques – the main cause of heart attacks – were found to primarily contain cholesterol sealed the deal. Nevermind that the oxidized cholesterol found in processed foods (particularly skim milk) was the real culprit in the heart disease war.

Common sense seemed to dictate that avoiding all cholesterol-rich foods such as butter, liver, and egg yolks would somehow reduce one’s chance of a heart attack. Foods rich in saturated fat and cholesterol, oxidized or not, became inextricably linked to bad health, clogged arteries, and heart attacks in the psyche of most Westerners.

About the same time the war against eggs heated up, a young scientist named Mary Enig discovered during her research that a serious mistake had occurred with regard to the studies linking saturated fat to heart disease. She discovered that the analysis had incorrectly grouped saturated fat along with trans fat (partially hydrogenated fats). How had this happened? The mistake evidently occurred because factory synthesized trans fats are very similar in chemical structure to saturated fats. So similar in fact, that researchers had grouped them together for analytical purposes.

Mortified, Dr. Enig tried her best to rectify this mistake by notifying her superiors and others in the industry but found that the freight train against saturated fat had already left the station. Dr. Enig eventually paid for her forthrightness with her career. Blackballed by the edible oil industry who aggressively opposed her findings as a threat to their profits and bottom line, she found herself unable to get grants, funding, or even a job within the industry to continue her work on the effect of fats on the human body.

The highly successful campaign to demonize butter as an unhealthy food loaded with saturated fat and therefore, a contributor to the heart disease epidemic, paved the way for the edible oil industry to create an entirely new line of products: margarine and other fake butter spreads. “I Can’t Believe It’s Not Butter” and products like it began to line the supermarket shelves and Americans scooped them up in the name of better health. Butter substitutes like the very popular vegetable oil spreads are very cheap to produce – much cheaper than real butter. Replacing butter with margarine in the American diet proved to be a very smart marketing move for the edible oil industry and they rode this wave of profits for many years all the while falsely touting the certain improvements in public health that would result.

Even with the abandonment of butter in the modern diet, Americans continued to get fatter and fatter and the epidemic of heart disease showed no signs of abating. Ironically, the very margarine the public so willingly purchased instead of butter were loaded with trans fats, the very fats that ARE strongly linked with heart disease. How the edible oil industry managed to successfully demonize butter and all saturated fats all the while slowly and purposefully integrating trans fats into every nook and cranny of the entire processed foods industry is certainly an amazing marketing feat! Pepperidge Farms changed its wonderful line of cookies from using coconut oil to trans fats. McDonald’s changed the oil it used for making french fries from beef tallow to trans fats. It seemed the entire world had bought into the story that all saturated fats are bad for you.

Well, not everyone. Dr. Enig had quietly continued her pioneering work on fats and was now on the board of the Weston A. Price Foundation (WAPF) which was founded in 1999. Even after the dangers of trans fats to health finally started to be exposed in the late 1990s through the work of the WAPF and others (reaching a crescendo with the addition of trans fats to product labels just a few years ago), the edible oil industry refused to stop the campaign against butter. A new line of products was introduced which have gradually, though not completely, replaced trans fat laden margarine. These products such as “Smart Balance” boast a so-called “heart healthy” blend of vegetable oils which, though not hydrogenated, are still unsafe to consume. The new process used to produce these vegetable oil spreads is called “interesterification” which is arguably even more dangerous to health than trans fats. Read about this deadly form of processing at this link.

In 1999, Sally Fallon, President of the Weston A. Price Foundation and friend of Dr. Enig, produced a series of lectures on “Why Butter is Better” and the “Oiling of America” to start getting the word out about the duping of an entire generation against butter and saturated fats. The fact that the media is no longer monopoly controlled and the rise of the Internet has allowed the public to actively participate in the spreading of the real truths about fats and health. Companies are beginning to switch to palm oil and away from factory fats in the production of cookies and crackers. Butter is again a growth industry, long demonized like chicken and duck eggs for its abundance of saturated fat and cholesterol. Even commercialized versions like Amish butter have many more health benefits that organic factory fat spreads.

If you are still unconvinced about the necessity of full-fat butter in your diet to achieve your best health, I would recommend that you contact the Weston A. Price Foundation to get your copy of Ms. Fallon’s lectures on the subject.

This unbelievable saga would make a great movie, don’t you agree?

6 Reasons to Steer Clear of Canola Oil (even organic)