Three reasons why soy oil and, in particular, GMO soybean oil, the predominant fat in the Western diet contribute to a slow and steady decline in health. 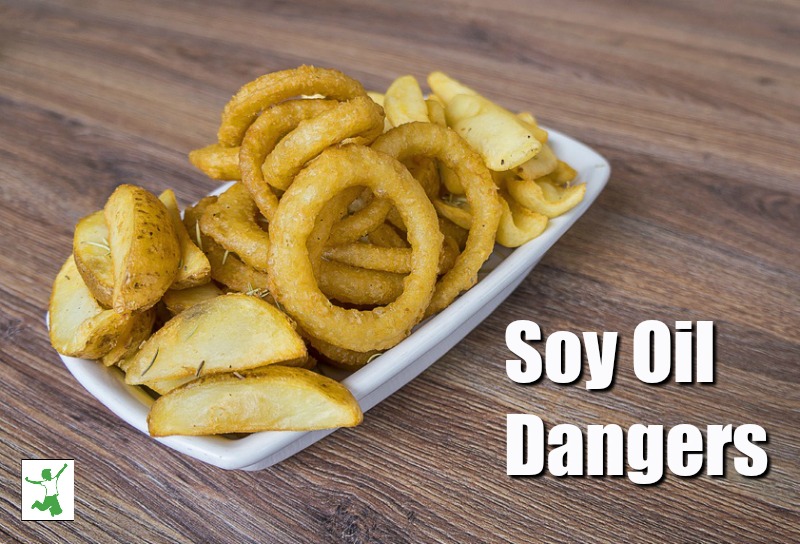 Perhaps the best health-related silver lining of the pandemic lockdown is that many of us are eating more home-cooked, prepared from scratch meals than ever before.

Are fresher ingredients and better portion control the reasons why meals prepared at home are better for the waistline and overall health?

The biggest benefit from avoiding (most) restaurants, takeout (this includes the Whole Foods hot bar!), and otherwise “zap it in the microwave” type fare is a drastic reduction in exposure to the deadly fatty acid component of these meals, which usually includes soy oil either as a primary ingredient or the cooking oil of choice.

Why is soy oil such a terribly unhealthy fat?

Let’s start at the beginning…

Soybeans were originally grown in China starting in about 1100 BC. The practice quickly spread to other countries via migration and trading routes.

While soybeans were useful historically as a rotation crop and non-staple food (always fermented first), the oil from soybeans never gained favor as a traditional fat in healthy ancestral cultures.

One reason is that the hand-pressing of soybeans does not easily extract much oil. It took complicated factory mechanization of the 20th century to accomplish this!

Another reason is that soy oil also has a very different fatty acid composition from the lipids traditionally revered by healthy people groups over the centuries. Examples of these include ghee, butter, coconut oil, and lard. More of this below.

The soybean arrived in North America during the 18th century when British colonialists planted them in Georgia.

By 1851, the government was distributing soybeans to farmers in the “corn belt” states for commercial production. This included Indiana, Illinois, Iowa, Kansas, Missouri, and Nebraska.

At the end of the 19th century, soybeans were the main staple crop used for feeding farm animals all across the United States.

George Washington Carver, famous for his crop experimentation especially with peanuts, developed a crop rotation strategy based around the soil preserving qualities of the soybean plant. After Carver’s revolutionary finding, soy began to be planted all over the United States as both feed and a way to grow healthier cotton.

Eventually, a man by the name of William Morse recognized that soy had far more uses than were currently being utilized. He founded the ASA (American Soybean Association), which collected thousands of new varieties of soybean from China and brought them to the United States.

During World World II, the demand for soybeans skyrocketed in America because of the army’s need for oils. Soybeans were also used to create lubricants and eventually even plastic.

Soy Becomes the Prominent Fat in the Western Diet

Post World War II and throughout the so-called “Green Revolution” (which was anything but green!), soybeans gradually became the United States’ most popular protein feed for livestock.

Only small amounts of soy oil were used for human food at the time, however.

In the 1940s, no more than 30% soy oil was allowed in processed margarine. This is because soy oil was not considered suitable for human consumption in larger quantities until later.

The perfect opportunity for soy oil to make the leap into human food in a big way arrived at about the same time the anti-saturated fat train of the 1970s reached a fever pitch.

The use of soy oil in processed foods seemed the perfect solution for food manufacturers because it is very low in saturated fats and cheap to produce.

It also comes from plants, and so satisfies animal rights activists whose protesting was instrumental in getting fast-food chains like McDonald’s to abandon beef tallow for frying french fries. (1)

By the 1980s, soy oils had become the dominant edible oil in the United States. (2)

In 1996, Monsanto introduced the first genetically modified soybean to the US market. Edible oil companies quickly adopted these even cheaper biotech beans to produce ever larger amounts of soybean oil. (3)

As Americans continued to increase the percentage of their food dollars spent on processed versus whole foods (upwards of 90 cents of every food dollar!), soy industry profits soared.

In 2015, it accounted for more than 90 percent of all seed oil production in the United States alone. (4)

This does make it good for frying and cooking. However, the downside to health of consuming soy oil regularly far outweighs the convenience of its high smoke point.

This doesn’t matter much to Big Food, however, which is solely focused on its low cost and politically correct macronutrient profile.

The fatty acid profile of soybean oil is primarily polyunsaturated. This makes it an inflammation producing oil when consumed as a primary fat in the diet, which is the overwhelming case for most Westerners.

Specifically, the composition of soybean oil breaks down as follows. (5)

This compares to ancestral fats which commonly have a polyunsaturated content of around 10% or even less.

Unrefined, cold-pressed organic soybean oil is not very common. In fact, in almost every instance, soybean oil is heavily refined from GMO soybeans. The oil is produced almost exclusively for commercial use by the restaurant and processed food industry.

The process of refining vegetable oils involves a high degree of mechanization and processing at high temperatures. It frequently includes the use of toxic solvents as well.

Bleaching with undesirable chemicals and deodorization also occurs to remove disgusting rancidity off-smells and flavors. This is necessary to hide the fact that the high heat refinement process has incredibly damaged the oil.

For many years, partially hydrogenated soybean oil loaded with transfats was the form primarily used by the restaurant industry.

However, as the health risks of trans fats became known, the FDA required them on food labels starting in 2008. This was based on the conclusion of the National Academy of Sciences (NAS) that there is no safe level of trans fats in the diet.

Did the food industry move to a healthier fat in response?

No…they simply transitioned to an equally dangerous processed form of soy oil that is “interesterified” instead of partially hydrogenated.

The euphemism in industry-speak for this type of business decision is “regrettable substitution”.

So, while the soybean oil used in processed foods and the restaurant industry today has low to no transfats, it is still extremely unhealthy to consume.

For the smart, well-researched consumer, strong anthropological evidence that soy oil wasn’t historically used by healthy cultures is evidence enough to stay away!

However, it is good to know that science is confirming the avoidance of soy oil in the diet as well. Here is an overview of what science has discovered to date.

Consumption of soybean oil has also been linked to lymphocyte and neutrophil death in humans. Such a state causes greater susceptibility to infections. (8)

In rats, long term feeding of soybean oil alters the regulation of body temperature to an abnormal level with implications for a weakened immune system. (9)

… and is likely a major dietary culprit for causing CHD [coronary heart disease], especially when consumed in the form of industrial seed oils commonly referred to as ‘vegetable oils’. (10) 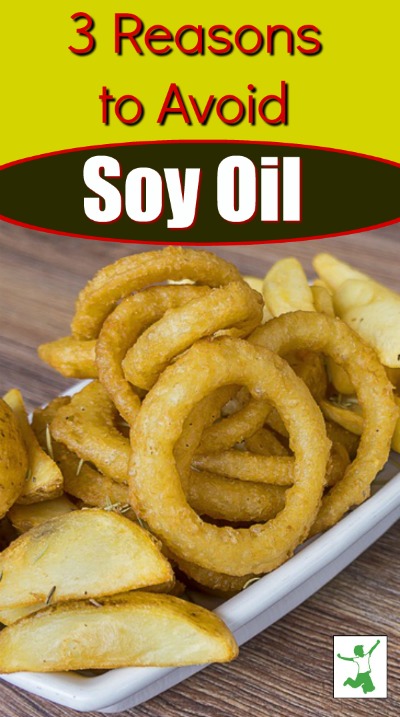 In summary, there are three main reasons why an informed consumer avoids the consumption of soybean oil as much as possible.

Accomplishing this goal means avoidance of processed foods at the supermarket as well as all restaurants (primarily chains) that do not offer meals made from scratch with fresh ingredients.

The more you prepare meals at home and/or choose to eat only at restaurants that exclusively use pure olive oil, butter, and other traditional fats for cooking, the better!

Safflower Oil: Why This Fat Is On the Naughty List