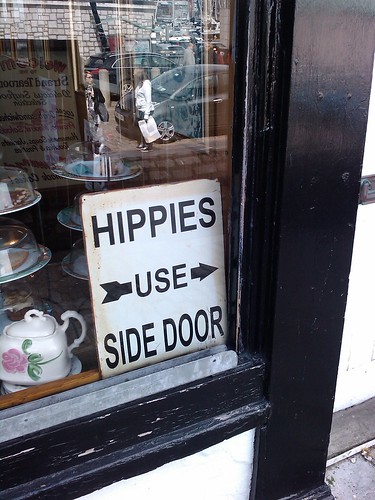 If a group of people were denied rental of a private venue based on race, religion, age, sex, disability or sexual orientation, you can be sure the venue owners would be hauled into court in short order.

Without a doubt, there would also be vocal public outcry and a media backlash against such improper and distasteful behavior.

Apparently, however, discrimination by public officials and denial of use of a Civic Hall based on the medical beliefs of the conference speakers is allowed with nary a whimper from the surrounding community.

The Totnes Town Council in the UK withdrew its permission to use the local Civic Hall after learning that one of the Conference speakers would be Italian oncologist Tullio Simoncini, author of Cancer is a Fungus: A Revolution in Tumor Therapy.

Dr. Simoncini advocates the use of sodium bicarbonate instead of chemotherapy to combat the tumor growth of some cancers. Not surprisingly, like other doctors who have had the courage to challenge the chemotherapy standard of care, Dr. Simoncini has had his medical license revoked.

Troubles for the conference began when Local Member of Parliament (MP) Dr. Sarah Wollaston raised “concerns” about the Conference and the alternative health clinic sponsoring the event, Arcturus Clinic.

“Trading Standards said I was in possible breach of regulations and I was asked to change a couple of things on my website.

“I was given seven days and I did it in seven hours, but as far as I know nobody’s bothered to check it.”

Trading Standards is the regulating body that enforces the Cancer Act of 1939 and the Consumer Protection From Unfair Trading Regulations 2008 which strive to shield vulnerable people from false and misleading advertising.

Dr. Hopwood went on to say that if Dr. Simoncini’s attendance at the Conference was the main sticking point, he would be happy to cancel his invitation to speak.

“He’s just one of 10 speakers, so I’m fine with that, but I haven’t been given that opportunity.”

Dr. Hopwood also denied that the Conference was breaking any law stating that:

“We are not promoting any therapy for the prevention or treatment of cancer…we are administering a range of healthcare modalities that are known to help support the body in a diseased state, particularly when affected by cancer.

The Disturbing Rise of Medical Fascism

In response to Dr. Hopwood’s request as to whether the conference was now compliant with legislation after removing Dr. Simoncini from the conference lineup and making the requested changes to the clinic website, the Trading Standards responded with the following:

“The Cancer Act 1939 creates a criminal offense to take any part in the publication of any advertisement [for cancer treatment].  Your website and the conference itself does not fall into any of these exempt categories. Even the title of the conference and the title of your clinic, in our view, are likely to breach the legislation because of their promotion of cancer treatment.”

After Trading Standards asked for the booking to be cancelled and the conference banned, the Totnes Town Council caved to the pressure with the majority of councilors siding with the regulating body.

“It’s regrettable to cancel any booking, but in the circumstances we took the advice of the trading standards.”

Medical Fascism has clearly taken root in the UK, even at a local level where authorities should be defending their citizens’ freedom of speech and assembly rather than cowering in the face of bullying by an overzealous state crazed with its own power and interpreting legislation in a manner which impinges on the basic rights of a free society.

Following the shocking action by Trading Standards and the shameful Totnes Town Council rubber stamp, the Alternative Cancer Conference apparently went underground where it took place on schedule at a private location for invited guests only.

Who won World War II again?   Sir Winston Churchill is no doubt rolling over in his grave.

The Trials of the Totnes Cancer Health Care Conference