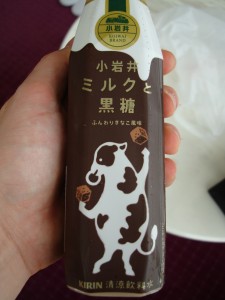 China Daily recently reported that a herd of 200 cows have been genetically modified to produce human milk.

It seems this news development puts a sock in the mouths of the folks who insist that cow milk is for baby cows only and that humans shouldn’t be drinking it!

Seriously though, this shocking development actually did occur at an exhibition of technological advancements for China’s 11th 5 year plan (2006-2010).  Photos of the cows were showcased at the exhibition along with some head scratching comments by head engineer Li Ning, Director of the State Key Laboratories for AgroBiotechnolgy at China Agricultural University:

“In ancient China, only the emperor and the empress could drink human milk throughout their lives, which was believed to be the height of opulence.  Why not make that kind of milk more available for ordinary people?”

Li went on to add that this new technology is important as it makes affordable to the ordinary consumer the healthy proteins found in human breastmilk.

Li also claimed that products containing human milk produced by cows would be on supermarket shelves within 10 years and that the GM milk would be as safe to drink as milk from ordinary cows.

After reading this story, one can’t help but wonder if people who drink this milk grow bolts on their neck or if children who consume it say “Moo” instead of “Mama” as a first word?