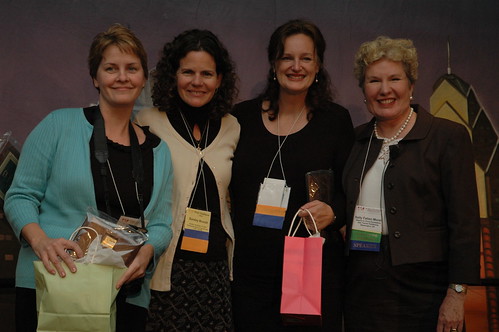 I’m back home, unpacked and sort of back in routine after 5 days of the most mind-blowing Wise Traditions Conference yet!  Attendance continues to jump every year even in an economy where most other conventions are experiencing decreasing numbers.

To give you some idea, the very first Wise Traditions Conference I attended in 2004 attracted just over 600 people.  In 2007, attendance had increased to just over 1000.    This past weekend, attendance soared past 1500!

I was up until all hours each night talking with some of the most interesting, fabulous, out of the box folks I’ve ever met anywhere in the world.   Not only are Wise Traditions attendees incredibly interesting to talk to and exchange ideas with, but they also are noticeably and jaw-droppingly fit and healthy looking too.

One thing that becomes immediately apparent is how most folks at the Conference look so much younger than their actual age.   The women have smooth facial skin with a healthy glow with clear, bright eyes – the BIG, cosmetic bonus of eating plenty of whole, unprocessed saturated fat in the diet.   The men – even those in middle age and beyond – rarely sport the ample spare tire that accompanies those eating the standard, low-fat, high grain-based American diet.

If you have any doubts about the physiological and mental benefits of eating plenty of healthy, whole, animal fats in the diet, a few minutes observing the Wise Traditions Conference attendees is convincing enough in very short order.

So what were the highlights of the Conference for me?   There were so many memories .. here are a few of the big ones:

I hope you found this brief summary interesting and it whets your appetite for upcoming blog posts about specific talks during the Conference that I attended.    I can’t wait to get started!

Get Your Fats Straight for Less

Join the Excitement in Indy, Get a Special Gift!

Blog Highlights for the Link Challenge

The Healthy Home Economist Gets Its Own Domain!

The Healthy Home Economist is One Year Old Today!