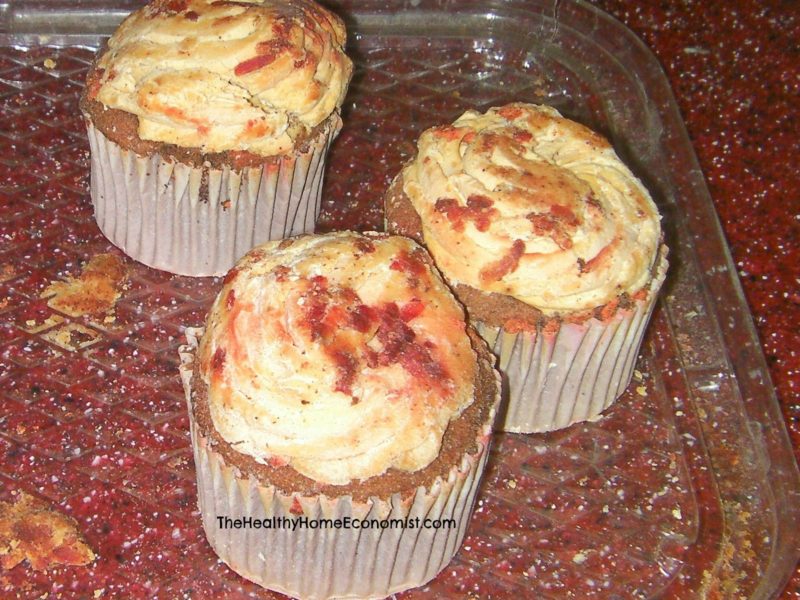 A story has been making its way around the Web the past couple of weeks regarding a nondecomposing McDonald’s Happy Meal.

Sally Davies, a New York-based photographer, and artist, bought a Happy Meal back in April 2010 and left it out on a plate in her kitchen ever since to see what would happen.

The upshot of this homegrown experiment?   Other than an acrylic sheen, plastic-like texture and becoming hard as a rock, no other discernible changes have occurred!

Davies’ science project has been photographed weekly and the results posted on Flickr for all to see and wonder about.    Should children really be given food that doesn’t decompose?

If bugs, mold, and bacteria don’t want this stuff, how could this be counted as any sort of nourishment for children other than just empty calories and toxic chemicals?

What may be even more surprising, however, is that the lack of decomposition of McDonald’s fast food is not unique in the processed foods industry.

Oh no, not by a long shot.  Hold onto your hats, everyone!

How about adding supermarket cupcakes (and other baked goods) to the list of foods that neither bugs nor bacteria want anything to do with!

You know what I’m talking about – the supermarket birthday cake that is served at just about every kids’ birthday party you’ve ever attended.     How about that cake you ate at your cousin’s wedding last summer?    Yes, even those delightfully decorated Halloween cupcakes you saw the other day in the supermarket bakery that seemed just perfect for the Trick or Treat get together this coming weekend!

This stuff doesn’t decompose either!   It doesn’t even get moldy!

Best of all, I’ve got pictures!!

You see, many years back when I first began eating real food, I met Dennis Stoltzfoos, a local grass-based farmer who had a curious box of cupcakes sitting in his kitchen.

He explained that these cupcakes were from a party back in December 1995.

The box with the 3 remaining cupcakes never got thrown out, so it just kind of stayed in his kitchen for weeks, then months, now over TWENTY YEARS later.

After seeing this story about the nondecomposing Happy Meal, I emailed Dennis and his wife Alicia to see if they still had this box of supermarket cupcakes.    They did, and Alicia snapped these photos taken only last week of the now 20+ YEAR OLD cupcakes that now practically have artifact status! 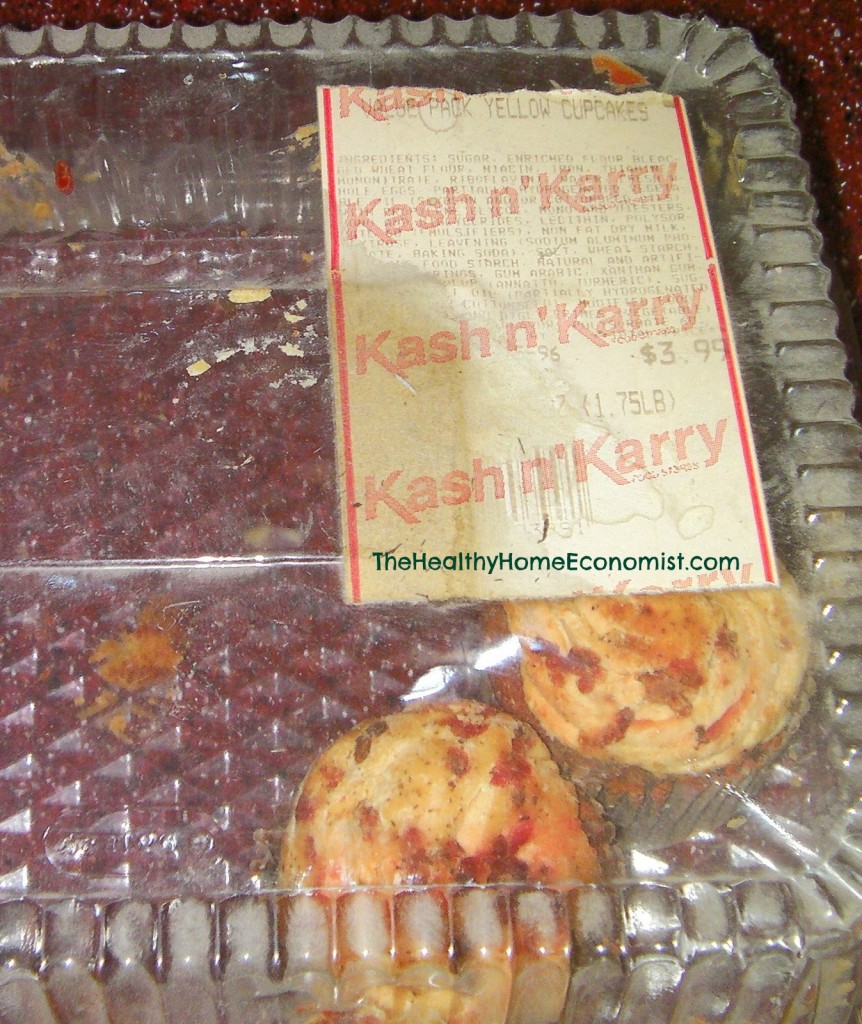 In this photo, you can still just make out the “1996” on the cupcake box label which indicated the expiration date for the cupcakes (it originally said “January 1996”).  The cupcakes were purchased in December 1995.

Kash n’ Karry, the supermarket where these cupcakes were purchased, no longer exists.  Kash n’ Karry supermarkets are now called Sweetbay Supermarkets. Update: Sweetbay is now gone too! They were bought by Winn Dixie.

Alicia Stoltzfoos told me that the sticky, sweet, artificial smell of the cupcakes was still very much evident when she opened the box to take this picture!

My hope is that parents who see this blog are motivated to never again buy supermarket bakery goods and to take the time to make a wholesome, homemade birthday cake/cupcakes with REAL ingredients for their children.

Many thanks to Dennis and Alicia Stoltzfoos of Full Circle Farm for the pictures and story behind this blog.   Dennis, Alicia, and their four healthy, beautiful children own a leading-edge, grass-based dairy farm in Live Oak, FL.   To contact them to find out more about nutrient-dense, healing foods, email them at [email protected]

Why Eating Organic Alone Won’t Get You Healthy

The Top 10 Lunch Box Snacks I Buy at the Store