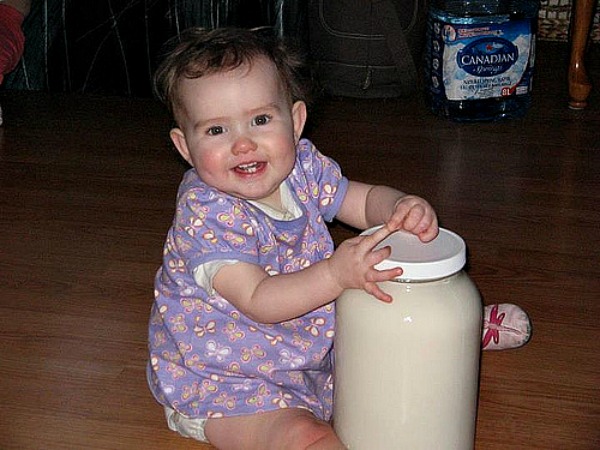 When I was first introduced to the benefits of raw milk nearly 20 years ago, I was newly pregnant with my second child. While I wanted to reap the benefits of this nutrient dense food, I was initially cautious to begin consuming it for fear it might harm my baby.

Everywhere I turned for research and information about the safety of raw milk during pregnancy was negative.

Numerous citations and sources I reviewed warned against consuming raw milk during pregnancy due to the risk of infection with Listeria monocytogenes, a deadly pathogen that can cause fetal death or premature birth.

While the research I uncovered contained dire warnings about infection with Listeria during pregnancy, I couldn’t actually find documentation about anyone who had actually contracted it from drinking raw milk let alone died or miscarried from it!

After much reading and thought, I concluded that the warnings against raw milk were unwarranted and the nutritional benefits to myself and my child vastly outweighed any risk.

I began to consume raw milk along with aged raw cheese, raw cream and raw butter late in the first trimester of my second pregnancy.  I continued this practice throughout my second and third pregnancy with no ill effects.  Both children were born healthy, full term and a normal weight.

Why Does the FDA Warn Against Raw Milk During Pregnancy?

In the 12 years since I began consuming raw milk while newly pregnant, the nonexistence of infection with Listeria monocytogenes for raw milk drinkers has continued.  Analysis of Centers for Disease Control data on raw milk outbreaks listed no cases whatsoever of food-borne illness from raw milk caused by Listeria during the entire 13 year period from 1993-2005. 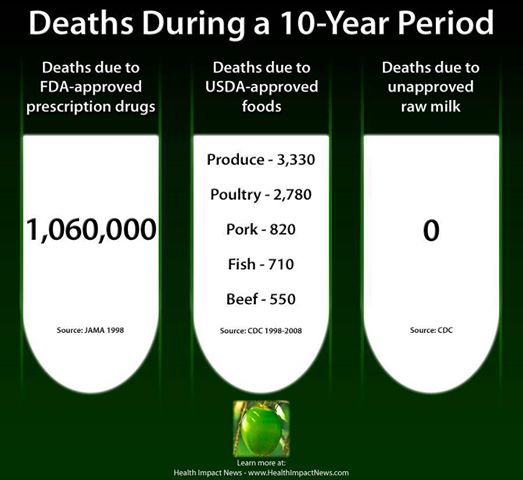 On the other hand, there have been hundreds of illnesses from Listeria contracted from eating deli meats according to a 2003 USDA/FDA report.

In addition, 147 people across 28 states contracted listeriosis in 2011 from cantaloupes.  33 people died as a result of this outbreak and 1 pregnant woman miscarried.

Are formal warnings issued to pregnant women regarding the dangers of eating deli meats, pasteurized milk and cheese or cantaloupes while pregnant?

The FDA clearly has a double standard when it warns against consumption of raw milk during pregnancy when no cases or deaths of listeriosis are recorded and yet many have occurred for other foods.

The Dairy That Should be Avoided During Pregnancy

A very real risk of Listeria during pregnancy comes from soft, unaged cheese – both raw and pasteurized.

In Europe, there were 4 deaths from pasteurized soft cheese in 2009.  There have also been a number of illnesses and miscarriages from Mexican style cheese made from raw milk including a few in my home state of Florida.  This cheese is sometimes referred to as “bathtub cheese”.

If you are pregnant, it is wise to avoid soft, unaged cheeses of all kinds due to the very real risk of Listeria.  However, grassfed, raw milk is safe as are aged raw cheeses, raw cream, and raw butter.

Those Pathogens, What You Should Know

The Nourishing Traditions Book of Baby and Child Care

How to Drink Raw Milk Even When Unsure of Your Source

Letter to the Journal Pediatrics: Not All Raw Milk Created Equal