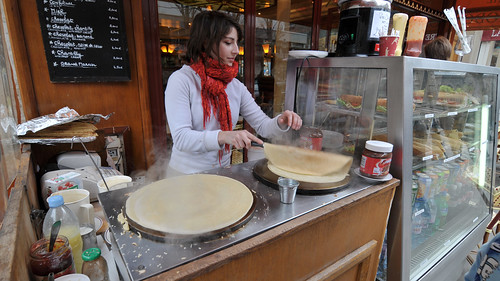 The French Paradox refers to the curious observation that French people are slim and healthy, suffering from a low risk of coronary artery disease despite a diet extremely high in saturated fat regularly washed down with glasses of wine.

While the long held belief that saturated fat expands your waistline and causes heart disease has long since been disproven with cardiologists now going on record saying how ridiculous such an assertion actually is based on current research, there is clearly something else at play here keeping the French so healthy.

Is it just me or do the French just get it about what it takes to be healthy much better than Americans?

Case in point, while many Americans seem to prefer the latest and greatest silver bullet supplements that empty the wallet with promises of reduced fat, no wrinkles and perfect health yet never come close to measuring up, the French stick with the tried and true that actually works: nutrient dense food.

Check out this video below of a raw milk vending machine in France.

If raw milk was really as dangerous as the CDC and conventional medical authorities in the USA claim, wouldn’t these machines that are popping up all over Europe be causing some serious food borne illness outbreaks by now?

Perhaps the time has come to set aside the shrill warnings about the clear and present “danger” of grassfed raw milk and try some for yourself!