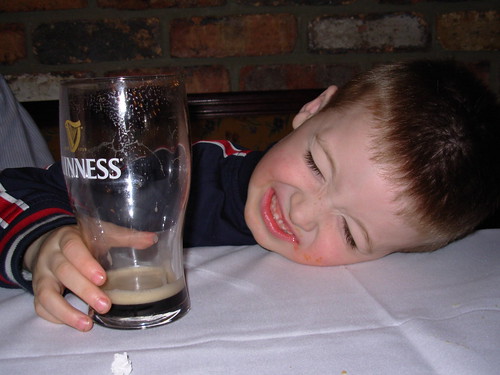 Below is the official press release from the Newport-Mesa School District regarding the story posted yesterday about the elementary school boy suspended from school for having kombucha tea in his lunchbox which school administration deemed with no testing or due diligence to violate the district’s drug and alcohol policy.

It appears that the school must fear the legal ramifications of their over the top reaction as they are spinning the story already.

The statement insists that the child was not suspended and no disciplinary action was taken.

You call keeping a child in the school office for the entire day, interrogating him about where/when he obtained this “illegal” beverage, telling him he may have to transfer to another school, attempting to sign him up for a youth alcoholics program and then having him sign a 5 day suspension notice “no disciplinary action?”

Revoking the suspension does NOT mean the suspension and interrogation somehow never happened!   And, Police Officers in uniform (per a statement from the child’s mother who had another meeting yesterday – this time with the Principal) were called into the office to assist with the child’s possibly illegal interrogation since the child was questioned about any medicines he was taking etc and there was no attorney or parent/guardian present.  Whether or not the officers were already on campus is immaterial.

I do hope the parents consider legal action to be played out in a court of law.  A very strong possibility exists that their rights and that of their son were horribly violated and doing nothing just ensures that this type of abuse will continue.

Newport-Mesa Unified would like to respond to a recent article posted in The Healthy Home Economist titled, “Child Suspended from School for Kombucha in Lunchbox.”

No disciplinary action was taken and the student was not suspended. The parents of the involved student met with the school principal to discuss and resolve any issues that resulted from Wednesday’s incident.

The issue resulted from the student being in possession of a beverage called, Kombucha, a tea, which states on its label that it contains 0.05 percent alcohol. The substance came to the attention of school officials through other students who reported that a student had alcohol. Having a substance on campus containing any level of alcoholic content is a violation according to District policy.

The article also references police involvement. The Newport Beach Police Department provides two full- time School Resource Officers who work with our Newport Beach and Corona del Mar campuses. Police were not called in specifically for this incident. The SRO was already on campus and participated in a routine discovery process. All this being said, the incident itself and the perception of how it was handled is something the District is committed to correcting. School districts implement policies and procedures to ensure consistency of practice. For most circumstances, the practices work. However, this was a new situation.

Seeing the need to review some of the practices regarding policies and procedures regarding discipline, the Newport-Mesa Unified School District Board of Education has requested the Superintendent to research programs that would emphasize a more nurturing approach to the discovery process and avoid overly aggressive practices when dealing with the discipline process.