I didn’t realize it until I got up yesterday morning, but my REAL Mayo videoblog pulled through and won the Natural News Video Recipe Contest that ended Monday, October 18, 2010 at midnight!

As soon as I receive the first prize of $500 in the mail, it will go straight to the Weston A. Price Foundation as a direct donation!    What a great time for this money to be given to the Foundation with the annual Wise Traditions Conference coming up next month!

Thanks to each and every one of you who supported me and voted, Tweeted, and Facebooked the competition throughout the month long contest. 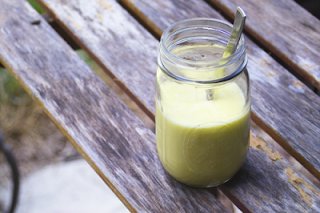 When I first jumped in on a whim and entered my REAL Mayo videoblog, I had no idea that the contest was for vegetarian dishes only.   How ironic and even a bit funny!   A Weston A. Price Foundation Chapter Leader entering a video recipe in a vegetarian contest!

What’s even more amazing is how many votes the video continued to bring in despite my lack of comfort in front of the camera (it was only my second videoblog ever) and the misspeak (corrected later in the video) regarding Omega 3 and Omega 6 fats.

It goes to show that it isn’t about the messenger at all.   It’s ALL ABOUT the food!   In particular, REAL Food being made by a REAL person in a REAL kitchen.   Not some spiffy Martha Stewart TV set where everything is perfect but has no hope of being replicated in the REAL world!

The best thing about the amateur nature of my videoblog is that it gives people hope that they can make Real Food too and that it isn’t too difficult to make stuff from scratch that you might have previously only ever purchased at the supermarket.

For the first few weeks, my video recipe was the only one to use any animal products whatsoever.     About midway through the competition, another video recipe was entered that used goat kefir, but the guy whipping up the kefir smoothie used protein powder too!    Protein powder definitely does not qualify as Real Food (no matter HOW it is processed, Dr. Mercola!), so I am so glad that the REAL Mayo hung on to win.

I must say that there would have been NO WAY I could have competed so well without the support of The Healthy Home Economist readers and the loyalty and help of Real Food Media.

The Real Food Media blogging gals helped me every step of the way and Tweeted, Facebooked, and even blogged about this contest (not once, but TWICE) to bring out the vote for me.

So, to Ann Marie of Cheeseslave, Jenny of Nourished Kitchen, Kelly the Kitchen Kop, and Kim of HartkeisOnline, I say a very heartfelt THANK YOU!

Concerning new research out of Princeton University should give every one of us even more reason to learn how to use natural antibiotics, making every attempt to avoid pharmaceutical meds…

Easy recipe for beer-battered gator bites cooked in a healthy fat and mildly seasoned with Cajun spices. A great dinner mix-up the family will love. As a Florida native, I’ve…