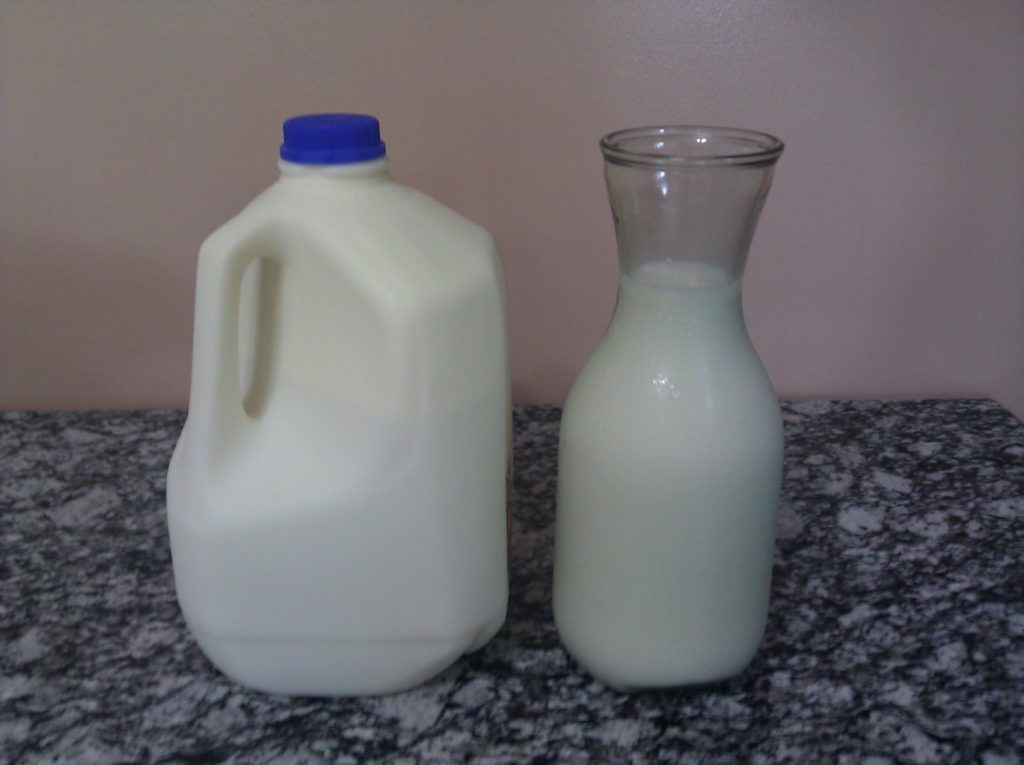 My family and I have been drinking raw milk for over 15 years. I drank it when I was pregnant and my children drink it every day. They are all a healthy weight for their ages, yet it’s no surprise that they are quite a bit heavier (not visually .. you notice when you pick them up!) than children of the same age, size and height due to the heaviness of their bones. Raw milk builds dense bones in children, folks. No osteoporosis, cavities, or broken bones in their future (barring getting hit by the proverbial bus)!

In the years since I first began drinking raw milk, I have noticed a profound change in the attitudes of most people toward it. Back in 2002, when I mentioned raw milk, folks would almost immediately comment on how dangerous it is to drink! Now, I frequently get the comment “oh, I’ve heard that is a pretty healthy thing to do”.
Still, despite the great strides in getting the truth out about raw milk and that pasteurized milk makes a whole lot more folks sick than raw milk ever did, there still seems to be a bit of a stigma attached to folks who seek it out and consume it. Perhaps this is about to change!
The current issue of Forbes magazine lists raw milk as one of the 10 healthiest foods on the planet! Finally, mainstream media is catching on; raw milk rocks!
http://www.forbes.com/2009/07/07/healthiest-foods-nutrition-lifestyle-health-healthiest-foods.html
The key to good health is eating whole foods as unprocessed as possible like all traditional societies practiced. If eating whole unprocessed food is the way to go for health, how in the world can anyone conclude that pasteurized/homogenized milk, the ultimate processed food, is good for you? Even organic milk is a bad idea as the ultrapasteurization that organic dairy processors utilize effectively sterilizes the milk so that you can’t even culture it into yogurt! Drinking that stuff is like eating a brick .. your body simply has no idea what to do with it so you get lots of gas and bloating.
No gas and bloating are experienced with raw milk from cows that are free to roam on unsprayed green pastures! This milk has been a lifegiving force to humans for thousands of years. Try it for yourself and you will be amazed at how great you feel for the experience. Even if you are lactose intolerant and/or have a dairy allergy, the chances are extremely high that raw milk will not aggravate your symptoms in the slightest. In fact, the skyrocketing cases of lactose intolerance and dairy allergies are a huge reason for the rapid growth in popularity of raw milk. To find sources near you, go to:
http://www.realmilk.com/
Sarah, The Healthy Home Economist