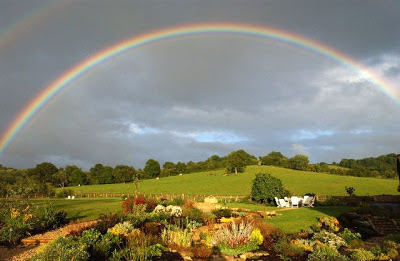 When my husband and I began eating organic produce and meats back in the early 1990’s, the word “organic” was almost a sacred word in the food industry.   It represented whole foods with no additives or fillers.    Organic meats typically came from small family farms where animals were treated in a fashion that allowed them to express the individuality of their species.   Cows were on pasture and chickens ran free outdoors.  Organic certification did not cost a fortune for a farm to obtain and was typically performed in accordance with California and/or Oregon state law which was much stricter than the costly USDA Organic certification of today.

No longer.   Bit by bit, the organic label has eroded over the years into a term that is becoming increasingly irrelevant to those who seek truly unadulterated foods for their families.    I try to stifle a laugh when people tell me that they are switching to organic foods to improve their health.    Sorry to burst your bubble, but eating “organic” today does not mean much of anything.    Organic milk, one of the biggest growth niches for the USDA Organic label, may come from cows not given antibiotics or steroids, but it is actually more highly processed than regular store milk (ultrapasteurized versus pasteurized) and the cows are probably just as confined as the cows producing standard store milk.   Perhaps the “organically fed cows” are fed stale organic donuts from a nearby bread factory instead of a commercial grain mix.      Not much of an improvement for the huge difference in price!    Better to find a small local farm with milk from grassfed cows free on pasture.    Grass is the appropriate staple food for cows .. not organic donuts!

Without a doubt, the definition of eating “organic” for most Americans is switching from highly processed foods at the supermarket to highly processed foods at the same store with the USDA Organic label.      The fact that WalMart now sells organic foods clearly heralds the imminent death of the Organic label for folks like me.    The USDA Organic certification has now become nothing more than yet another way to dupe customers into spending more money for something that has next to no additional value.

Interestingly, the small farms that are currently producing the REAL organic food usually don’t even bother to seek USDA Organic certification as it has become cost prohibitive in most cases.   Consumers who want true organic food must now seek local farms, local food co-ops or buying clubs for their staples.    Truly organic foods aren’t even available in stores in many cases.    Clearly, the PURE FOOD movement, the movement beyond Organic, has begun in earnest.

I had a very enlightening conversation with one of my favorite people the other day, Chef Tony from Cafe Eden of Abby’s Health and Nutrition in Tampa, FL.     Chef Tony is a REAL chef (are you listening Michael Voltaggio?).     A REAL chef  is someone who not only knows how to cook (and has the education to back it up), but also cooks to maximize nutrition and absorbability of nutrients.   A REAL chef also knows that you NEVER FRY GNOCCHI IN CANOLA OIL (Food and Wine, April 2010).   How could Michael Voltaggio actually have won Top Chef?    What a farce.     Chef Tony .. now, that is a REAL chef!

Anyway, Chef Tony was telling me that in the span of a single year, the USDA increased the number of allowable fillers and additives in USDA Organic foods from 8 to nearly 300!!   The push for expansion of fillers and additives in USDA Organic food is coming from none other than Big Food.    Big Food companies like Kraft, Cargill, Heinz, Kellogg and others are gobbling up small organic food companies by the dozens while at the same time, diluting the very meaning of the “organic” label itself.     Check out the links to the 2 charts below to get some idea of how devastating this trend is to the Organic Foods industry.

Big Food clearly has its sights on dominating the Organic Food industry and if you want to stay healthy, you need to steer clear of foods that are produced by any of the companies on these charts if at all possible.

The PURE Food Standard is where REAL health and wellness lies.    PURE foods are health giving and nutrient dense.    Traditional Cultures consumed these foods as described by Dr. Weston A. Price in his landmark book “Nutrition and Physical Degeneration”.    Further, PURE foods are prepared with traditional cooking methods to maximize nutrient density in a way that the human digestive tract can easily absorb.    Don’t settle for anything less and don’t fall for the marketing hype behind the USDA Organic label.  Your health depends on it.

Please comment with any personal stories you may have regarding the dilution of the organic label.  Perhaps there was an organic brand that you used for years that has suddenly (and without warning) changed it’s ingredients for the worse (usually after being bought by a Big Food company).     This happened to me with French Meadow’s “Summer Bread”.   This bread used to be wonderful .. baked in a traditional sourdough manner.   Now that French Meadow is owned by Cargill, gluten has been added to the ingredients list (adding gluten only benefits company profits.   It makes the bread more dependable for holding together during shipping but MUCH LESS digestible for the consumer)!    Make sure you check the labels of your favorite organic brands frequently as this is not an isolated case.

Family Doesn’t Get Your Real Food Habit? Here’s Why