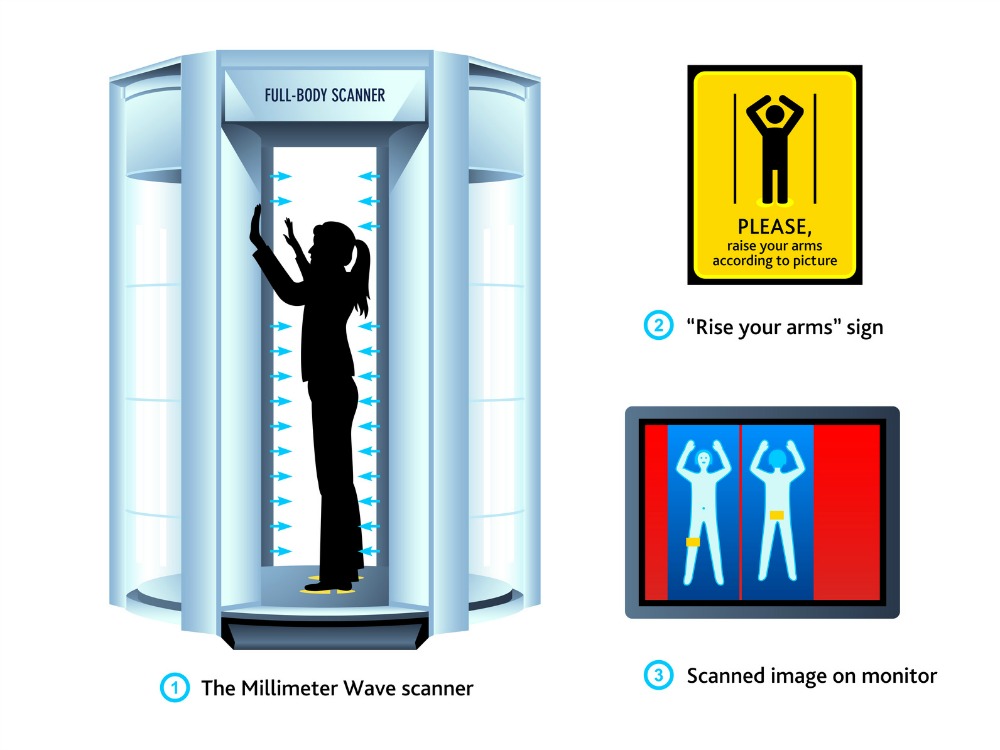 Notch one up for activism and airline passengers everywhere who refused to be violated and doused with radiation by continuing to opt out of the army of naked body scanners installed across US airports.

Europe banned the devices last year citing safety concerns with radiation levels, but was this part of the recent decision by the TSA to at long last get rid of the devices for good?

Apparently not as the official TSA statement on the matter cited the inability of developers from OSI Systems to code “modesty software” designed to make passengers appear less naked when being scanned by an allotted deadline.  Congress had requested the company to make software modifications after the Electronic Privacy Information Center had formally objected to the devices.

Despite the TSA’s insistence otherwise, no doubt it was the growing opt out movement, constant criticism, and inability to convince a very vocal minority of the public about the devices’ safety that caused TSA to throw in the towel.

The willingness of some TSA agents to flat out lie about the devices also was causing a public relations backlash.  I myself was lied to by TSA the first time I flew through an airport with a naked body scanner so I can vouch for the underhanded techniques that were employed to somehow get the public to accept the combination of being viewed naked and getting doused with unhealthy levels of radiation at the same time.

Well, they only got to see me naked one time, as I wasn’t fooled again.  Everytime I flew after that, I opted out and was purposely made to wait on a number of occasions for my required pat down – once even to the point where I almost missed my plane even though I had arrived in plenty of time.

I sensed a change was in the air when I flew to California a couple months ago and the TSA agents were allowing people to go through the old fashioned metal detectors without a fuss.   I was relieved to avoid a pat down that entire trip.

Change was indeed on the way.  76 of the naked body scanners were quietly retired last year and the remaining 174 will be rapidly removed in the coming months.   The government may choose to “redeploy” the scanners for other purposes, however.

The TSA says that the replacement for the scanners will be the less violating millimeter wave scanners that use extremely high frequency radio waves and show only an outline of the person.

Are the millimeter wave scanners safer?  Cell phone conversations are transmitted by high frequency radio waves too, so it’s not looking too good at this point.  However, I plan to keep an open mind and am reading up on both sides of the issue to come to grips with existing data on these new devices.

I’ll keep you updated as I learn more.   As for now, I will keep opting out when I fly unless the old fashioned metal detectors are an option.

UPDATE:  Travelers can now opt out of body scanners and millimeter wave scanners by signing up for TSA Precheck.