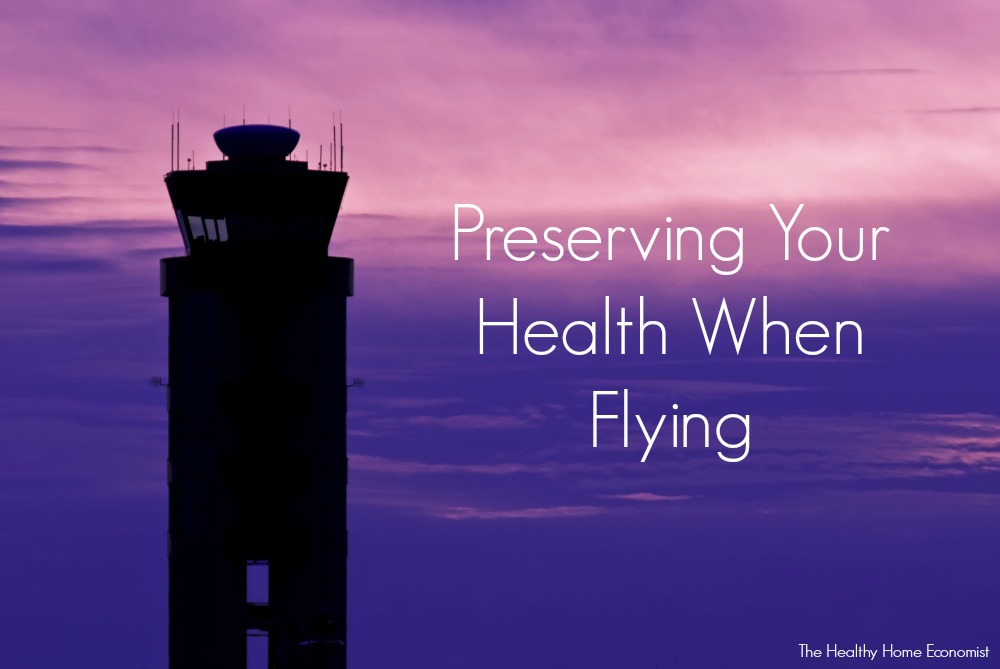 Most parents can attest to the fact that flying with young children can be a stressful if not harrowing experience. In the United States, the Transportation Security Administration (TSA) tries to make things a bit easier by allowing families with children aged 12 and under to bypass stringent security measures. This expedited service is known as TSA Precheck, or TSA Pre for short.

The TSA Precheck experience is (almost) like flying in the good old days before 9/11. Shoes, belts, and jackets do not have to be removed, and laptops and liquids can remain in carry-on bags. Most importantly, individuals pass through the metal detectors instead of the controversial body scanners. This allows for much faster security screening which is most helpful when babies or toddlers are getting restless, hungry, or suddenly in need of a bathroom visit.

Some of you may have experienced the welcome relief of TSA precheck even if you don’t have young children. Larger airports are now using drug and bomb sniffing dogs that quickly scan a line of passengers so that they can then pass through expedited security in similar fashion.

Is there some way to get selected for TSA Pre every time you travel?

Actually, yes there is!

Winding your way through TSA security especially at a busy airport is certainly extremely stressful. However, my primary concern has always been avoiding the body scanners. These devices expose you to unnecessary ionizing radiation, meaning that each time you are exposed you are adding to your risk of developing cancer. This increased risk is cumulative, meaning there is nothing you can do to “undo” the radiation exposure.

If there is an alternative to body scanners, then a smart traveler should take it. In 2011, the European Union banned scanning devices for that very reason.

Assurances that body scanners are safe ring hollow given the history of underestimating the amount of ionizing radiation exposure these types of machines produce. Neurosurgean Dr. Russell Blaylock, author of numerous books including the bestseller Excitoxins: The Taste that Kills, has this to say:

As for the assurances we have been given by such organization as the American College of Radiology, we must keep in mind that they assured us that the CT scans were safe and that the radiation was equal to one chest X-ray. Forty years later we learn that the dose is extremely high; it is thought to have caused cancer in a significant number of people, and the dose is actually equal to 1,000 chest X-rays.

I once stood in the security line next to a brain surgeon who said that he never goes through a body scanner and that anyone who does would refrain if he/she actually understood the risks.

My strategy for years has been to avoid body scanners either by traveling with my children or to opt for a patdown when traveling alone. However, now that two of my children are older than 12, this approach is no longer working so well.

I’ve had at least a couple dozen patdowns by TSA over the years and never had a single problem. Yes, they take extra time so you have to plan accordingly. But, they certainly aren’t uncomfortable or problematic in any way. Just always have them out in the open (never request to have a private screening) and be super nice and respectful to the person patting you down even if she is taking a really long time and you need to catch your flight.

My husband disagrees with my take on patdowns. Case in point, I recently traveled with him and one of my teenage sons (older than 12), and while I went through the obligatory patdown to avoid the body scanner, my husband refused to do so. To my shock and surprise, he went through the body scanner with my son. He said that there was no way he was going to endure a patdown and ask our son to do the same.

I was horrified!  I needed to find a new approach and fast!

TSA Pre to the Rescue

With my husband and I disagreeing on TSA patdowns, I had to find another way to keep my family out of the body scanners.

This solution turned out to be TSA Pre.

The TSA Precheck service allows low risk passengers to apply for and obtain a KTN (Known Traveler Number) which is put into your travel reservation and stamped on your boarding pass when you check-in for your flight.

Travelers with a KTN enjoy the following benefits:

Applying for a KTN requires an online application and background check which is good for 5 years. The cost is $85/person. This may seem expensive at first, but even if you fly once per year, this translates to $17 per flight which is significantly cheaper than a single checked bag on most airlines. If you fly on a single roundtrip flight per year, the cost is only $8.50 per flight.

The reduced stress and avoidance of any radiation exposure is infinitely worth it in my opinion!

Besides the $85/person cost, note that TSA Precheck is only available to domestic flyers. If you fly international a lot, then it is a good idea to consider Global Entry. This is a similar program which includes TSA Pre but offers extended benefits such as expedited customs and immigration lines. The cost for Global Entry is a one time fee of $100/person.

Another downside to note is that TSA Precheck is not available at all airports. As of this writing, 180+ airports and 19 airlines accept TSA Pre. This is an increase of over 50% since 2011.

Even with such wide inclusion across the United States, TSA precheck is not available at every terminal, and the expedited lines might be closed during your particular hours of travel.

Possibly the biggest downside to TSA Pre is that you might not be allowed to use it on occasion.  How can this be?

TSA Pre is purposely randomized to ensure safety and avoid abuse (such as what women flying alone commonly endure). As a result, you might find yourself in standard security lines from time to time. One way to improve your chances of always landing in the expedited line is to be sure that your Known Traveler Number (KTN) is put into the flight reservation when you book. Another tip is to check in for your flight as much in advance as possible so that the TSA Precheck logo appears on your boarding pass.

Have you signed up for and used TSA Pre before? If you are from another country, is there a similar service available? Please share your experiences in the comments section.

Why You Must Avoid Premium Teas

Eggs with Blood or “Meat” Spots. Are They Safe to Eat?