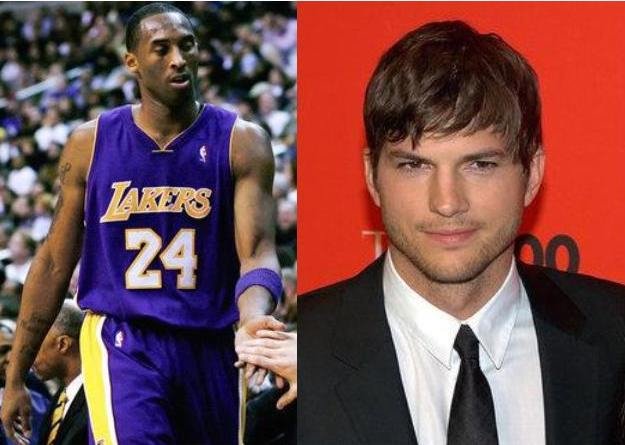 Two very different celebrity diets are in the news this week.

On the one hand is the story of Ashton Kutcher who ended up in the hospital with pancreas issues and severe pain following a fruitarian diet which was part of his efforts to “get into character” for his role as Steve Jobs in the soon to be released movie Jobs.  Steve Jobs, the visionary founder of Apple and a known fruitarian, died in October 2011 from complications of pancreatic cancer.

On the other hand is the amazing story of LA Lakers guard Kobe Bryant who is turning back the clock following a Traditional Diet all the while looking, feeling and playing better than ever at an age that most would consider to be way past his prime.

Just last month, Kobe became the first player in NBA history to score 30 or more points in six consecutive contests, this after turning 34 years of age which is rather ancient in NBA years.

“My wind feels even better. I feel like I can run all day long. A lot of that has to do with diet and being committed to it, and watching what I eat.”

Contrast this statement with what Ashton Kutcher said at the Sundance Film Festival last week about his pancreatic attack which caused him to be rushed to the hospital: 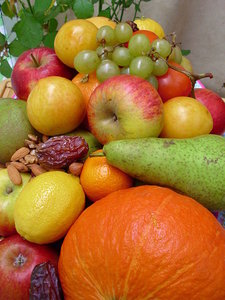 “The fruitarian diet can lead to, like, severe issues.  I went to the hospital, like, two days before we started shooting the movie.  I was, like, doubled over in pain.  My pancreas levels were completely out of whack.  It was really terrifying, considering everything.”

The fruitarian diet is a subset of veganism.  It includes fruits, nuts and seeds, without animal products, vegetables and grains.   While this diet might make another species of primate extremely happy (one with lots of fur), it is in no way a Traditional Diet for a human and is a pertinent example of dietary modernism gone off the deep end.

According to Dr. Kaayla Daniel, evidence suggests that excess fructose consumption as would happen with anyone following fruitarianism puts stress on the pancreas and could lead to islet cell carcinoma, the type of pancreatic cancer suffered by Jobs.

While Ashton Kutcher was discovering the dangers of an extreme modern diet, Kobe Bryant is enjoying the fruits of a Traditional one.

LA Lakers trainer Gary Vitti says that the staples of Kobe’s diet include pasture based foods like grassfed beef and eggs from free-range chickens.  Kobe makes every effort to avoid anything with corn syrup and his carbohydrate consumption has been scaled down to a very moderate level. 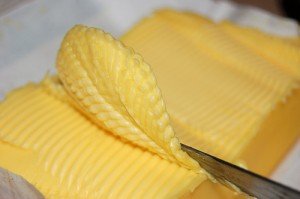 Focusing on getting traditional fats into his diet and the wrong fats out is of prime importance to Kobe.   Vitti described the dangers of following a lowfat diet and why Kobe is not following the USDA Food Pyramid – in fact, he’s following the inverse:

“When they strip the fat, they strip all the nutrients with it. We don’t necessarily want to stay away from fats, but it has to be the right kind of fat.

No margarine or vegetable oil tub spreads for this NBA star.  Kobe Bryant who is playing better than he did in his twenties and shattering NBA records in his mid-thirties eats butter!

But not just any butter, unpasteurized (raw) butter from pastured cows just like the healthy, robust traditional Swiss culture that revered it’s deep yellow/orange butter from cows grazing on the first spring grass.

The extreme physical results of two healthy young men about the same age consuming two very different diets is astonishing:  elite athletic performance versus a doubled over in pain trip to the hospital ER.

A modern diet like fruitarianism in no way competes with the physical vitality imparted by Traditional Diet.