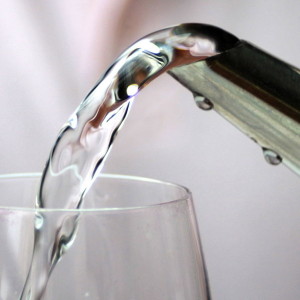 The popularity of water fluoridation continues to plummet, with an entire country pulling the plug on the practice in one fell swoop in recent weeks.

On July 29, 2013, the Supreme Court of Israel noted in its ruling on a 2012 petition the State’s intention to cease compulsory fluoridation of public water supplies in 2014.

The November 12, 2012 petition from Yaacov Gurman and the Izun Hozer Association for Dissemination of Health Education demanded that the Ministry of Health order the cessation of fluoridation due to health dangers and the fact that its benefits are no longer widely accepted.

The Executive Director of the Fluoride Action Network, Paul Connett, PhD, had this to say in response to the ruling:

“Zealous fluoridation promoters try to convince the American public that ‘everyone drinks fluoridated water.’ But the opposite is true.

An overwhelming number of countries do not fluoridate, including 97% of the European population. In fact, over half the people in the world drinking fluoridated water live in the US. We are the odd ones out.

The Dominoes Continue to Fall Against Water Fluoridation 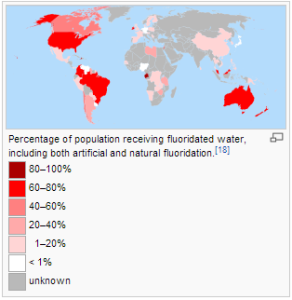 Despite the United States being in the minority around the world with most communities stubbornly backing water fluoridation, support has continued to slowly erode with an increasing number of localities deciding to end the practice.

Most recently, the major metropolitan areas of Wichita, Kansas and Portland, Oregon rejected fluoridation by the overwhelming margin of 60% to 40%.

Want to quickly end water fluoridation where you live?

Attorney James Robert Deal says that putting your community on notice with a written letter for its legal liabilities for fluoridating the water supply may be the fastest way to success.  In a letter to the city of Seattle, Mr. Deal did just that writing:

“The CDC and the EPA in January proposed to lower fluoride added to water from a typical 1.0 ppm down to .7 ppm, a 30% reduction.

The monetary damages for veneers for these kids would be around $50,000 over the course of their lives. CDC admits liability and admits the number of kids who are permanently marred, making this the perfect class action or mass toxic tort case.”

In addition to fluorosis, the IQ of children is affected by fluoride as published by Harvard researchers in a thorough and systematic review of eligible studies through the end of 2011.

The prestigious journal Environmental Health Perspectives spotlighted the findings concerning the adverse effects of exposure to fluoride and the potential for delayed neurobehavioral development in children.  The research was funded by the National Institutes of Health and showed that:

“The results support the possibility of an adverse effect of high fluoride exposure on children’s neurodevelopment. Future research should include detailed individual-level information on prenatal exposure, neurobehavioral performance, and covariates for adjustment.”

Extensive research published in peer-reviewed scientific journals indicates that fluoride ingestion is not only ineffective at reducing tooth decay but also harmful to health.  For a thorough review of the detrimental health effects of fluoride, visit the Fluoride Action Network.

Israel to End Water Fluoridation in 2014

The Rawesome Raid and The Sanctity of the Contract

Tetanus Shot: Just as Bad as Other Vaccinations