How to Remove a Splinter without a Needle (+ Video)

How to quickly draw out even deep splinters without a needle, pain, or trip to the doctor even if they have been embedded for some time. One minute video demonstration included. 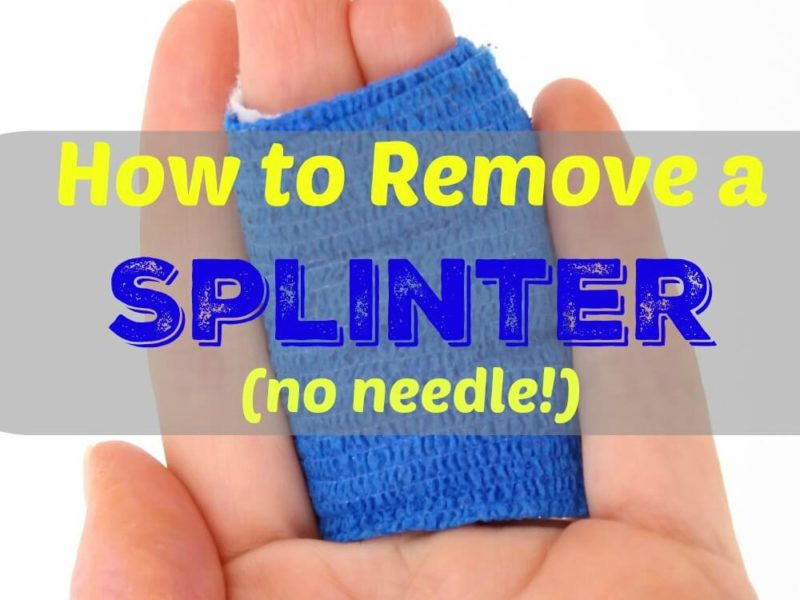 A splinter is a fragment of any foreign object that penetrates and becomes lodged inside one’s body. While splinters can come from a variety of materials such as glass, plastic, metal or even the spines of animals, for most people, splinters commonly occur on the fingers and hands from handling some type of plant matter such as a piece of wood.

When one experiences a splinter, pain as the sharp object initially penetrates the skin is usually felt. This is because the object has cut through the cutaneous layer of skin, settling into the subcutaneous layer below. While some splinters stay put at that point, most others will continue to move around, damaging additional tissue in the process.

Splinters that become lodged in the fingers or hand as would happen while doing yard work are usually very easy to remove with a simple needle that has been properly cleaned with alcohol first.

The Problem with Removing Splinters with Needles

The problem with this approach is that children don’t like it as picking at a splinter with a pointy object can sometimes hurt until part of the splinter is exposed and the rest pulled out with a pair of tweezers or a piece of tape.

The second problem with the needle approach is that it doesn’t always work if the splinter is very deep or quite thin and hard to see.

This happened to my husband recently when he got a thorn that was about an inch long deeply lodged in his left index finger while doing some yard work.

No matter how hard he tried to dig that thorn out with the traditional needle approach, he could not even find it let alone remove it.

It was just too deep.

At first, he figured the splinter would naturally work its way out.  Splinters sometimes do this – the skin “pushes” them to the surface of the skin where they are easily removed a short time later with tweezers or your fingers.

That didn’t happen with this splinter. Waiting a few days made the situation much worse as the finger got very sore and began to swell.

Going to a Doctor Instead is Expensive

I became very concerned at that point because the finger was obviously infected. I suggested a trip to the doctor, but my husband wasn’t keen on that idea as the (out of network) holistic family doctor we called said it would cost $500 for the office required consultation and subsequent removal of the splinter.

$500 to remove a splinter? Unbelievable!

My husband then had the bright idea to ask his friend who is a veterinarian about the situation.

How to Remove a Splinter at Home with No Needles

The veterinarian said that removing even a deep splinter is easy with magnesium sulfate, better known as Epsom salts. Many people are familiar with an Epsom salt bath for sore muscles or to improve sleep.

This remedy uses Epsom salt in another hugely beneficial way – to draw toxins even a splinter right out of the skin. (1)

The veterinarian said you could either soak the finger a few times a day in a cup of warm water and Epsom salts or make a poultice with it. The poultice is much faster and more effective, however.

Such a method is supported in the scientific literature and very safe as well. (2)

Epsom Salts – How to Draw Out a Splinter

My husband decided to go with the poultice route. He took a small pinch of Epsom salts, placed it on the bandage section of a regular, large band-aid and wrapped the finger with it. He changed the bandage once a day or after it got wet in the shower.

Another option is to put a bit of magnesium sulfate paste (which costs just a few dollars) on the area and cover with a bandage. Magnesium sulfate is the same thing as Epsom salt.

This one minute video demonstrates the easy process. Be sure to clean the area well and use established first aid methods before and after the splinter is out of the skin. (3)

How Long Does it Take?

Within 2 days, it was apparent that the Epsom salts poultice had worked!  The end of that thorn was ever so slightly sticking through the skin!

My husband pulled about 1/3″ of thorn out, but he could tell there was still more in there.

Best of all, the swelling and soreness of the finger quickly resolved with the removal of the thorn.  It has been a couple of months since this happened and the finger is perfectly fine.

This approach suggested by our veterinary friend is far easier than using needles or enduring the drama of a doctor’s visit and there is surprisingly no pain at all involved.

One word of caution. If you choose to use the crystals instead of the paste, be sure to buy Epsom salts that are human-grade, rather than agricultural grade. 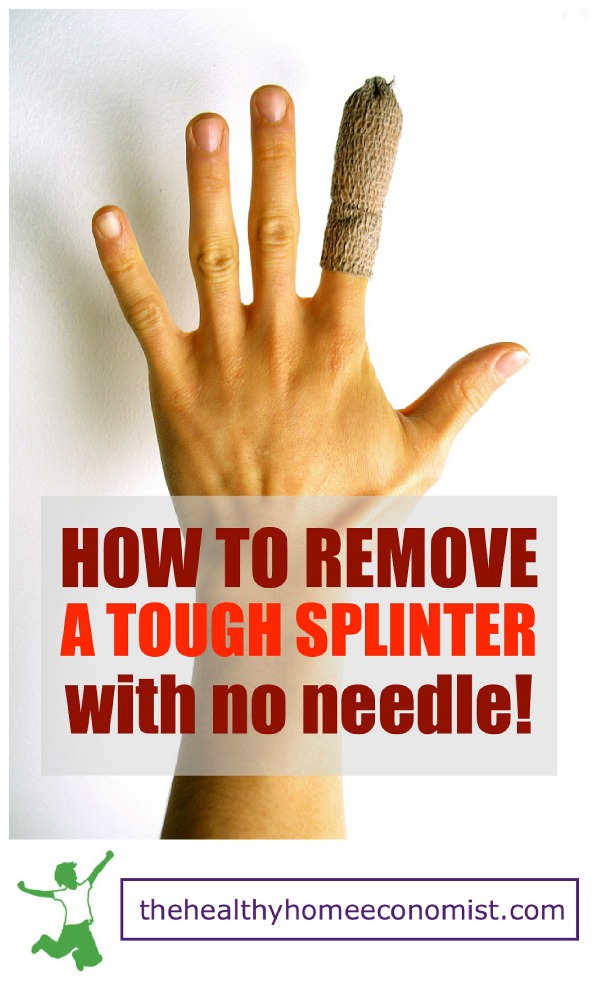