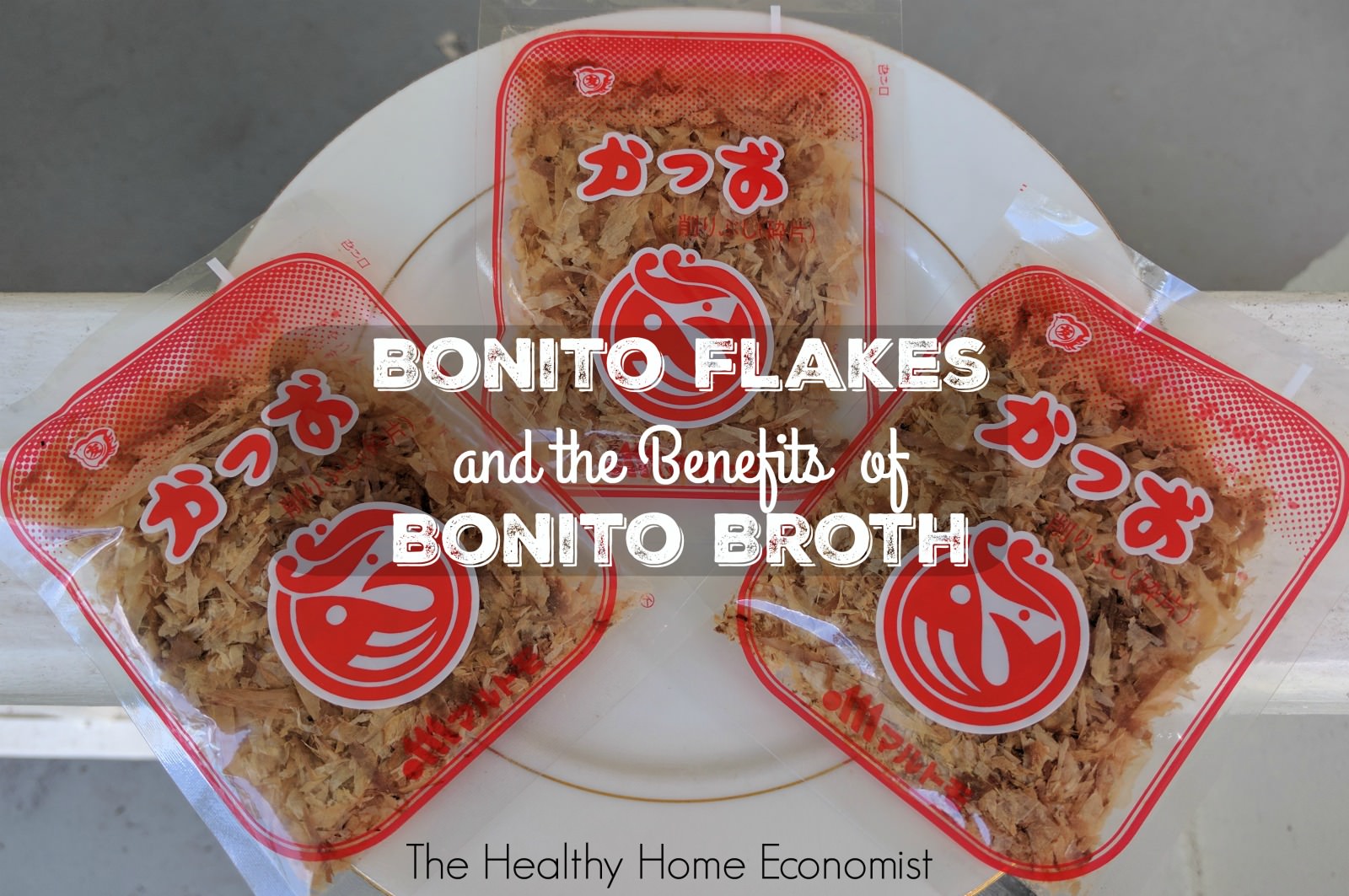 Bonito flakes are a delicious and extremely fast way to whip up a pot of economical fish stock.

It is wonderful to sip alone or as a base for soup as used traditionally in Japanese cuisine. Here’s what ancient South American proverbs have to say on the matter:

“Fish stock will cure anything”

“Good broth will resurrect the dead”

I personally feel that fish stock is a must cooking skill to teach children before they leave home. It is easy to make, and absolutely the fastest of all traditional broth recipes.

I recently taught my teenage son how to make fish stock with fish heads and bonito flakes.  He couldn’t believe how easy it was. Show them once and they will never forget!  It’s that easy.

What is Bonito Broth?

Bonito broth, also called dashi, is a fish stock traditional to Japan. It is traditionally mixed with fermented miso paste to make soup. This brand is excellent.

The Japanese have historically valued bonito broth as a remedy for colds and fatigue and to improve blood circulation. The Journal of Clinical Biochemistry and Nutrition reported in 2008 a randomized human trial of 27 elderly Japanese subjects who ingested broth made from bonito flakes or water for one month.

At the conclusion of the trial, the people who ingested bonito broth during the study had far improved systolic blood pressure readings than those ingesting plain water.  In addition, the bonito broth drinking subjects had a much improved emotional state.

What are Bonito Flakes?

Bonito flakes are made from dried, fermented, and smoked skipjack tuna. Traditionally, Japanese women kept blocks of the dried bonito and used a kitchen tool to flake off as much as they needed each day. Nowadays the flakes are sold in bags.

Unfortunately, homemade dashi made from dried kelp and katsuobushi (bonito flakes) is rare today, even in Japan. Most people use granulated or liquid instant stock, which is typically full of MSG for flavor instead of the natural and delicious flavor from the bonito flakes.

Broth made from bonito flakes is especially helpful for a young adult or family on a limited budget with limited space. Because you can make a pot in just a few minutes, it can be made as needed rather than making huge batches and freezing large quantities like with chicken or beef stock.

It is the most economical stock too:  less than a dollar’s worth of bonito flakes makes a quart of stock in a hurry.

This compares with a pot of chicken stock which takes 24 hours to make with quality pastured chicken that is very expensive and sometimes hard to find.

Is bonito broth a substitute for slow cooked chicken or beef stock? No. The reason is that bonito broth does not contain gelatin like the slow cooked versions made from bones.  However, bonito broth is incredibly nutritious nonetheless and is a great adjunct to slow cooked bone broths to keep the budget in check and for quick meals in a hurry.

Hard to Find Fresh Fish?  Use Bonito Flakes Instead

Best to keep a number of these handy little packets in your pantry to use in a pinch!

How to Make Broth from Bonito Flakes

The easy recipe below makes one quart of bonito broth. It is a great stand-in for bone broth if the freezer is temporarily empty. 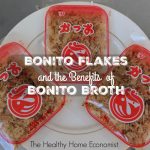 Easy recipe for bonito flakes made into broth (quick fish stock) that is delicious and highly economical as a base for soups and sauces when bone broth is unavailable.

Drink bonito broth by itself, mix with miso or use as a base for seafood gumbo, clam chowder or other similar soups. Another soup recipe using bonito broth is this fast, healthy ramen soup!

You can find the dried flakes at health food stores, Asian groceries, and online.