Reasons to reconsider preparing and running a marathon due to the long-term health risks that scientific research is beginning to uncover and medical professionals are increasingly warning their patients about. The dangers to cancer patients or those in remission is especially worrisome! 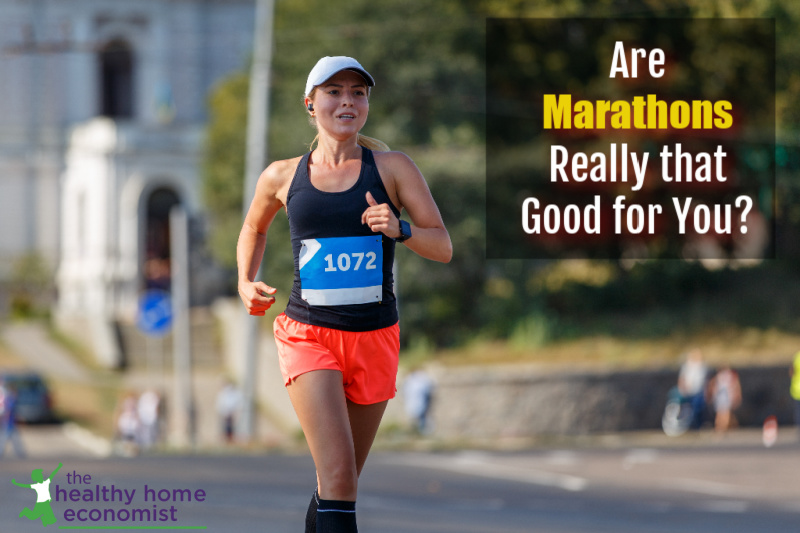 Have you ever noticed that marathon runners in the Olympics look overly thin and in some cases, even weak?

Have you ever wondered why marathons are considered beneficial in our society yet the first person that ever ran one collapsed and died immediately after?

What exactly are the problems caused by training for long periods of time at high intensities such as what occurs when preparing/running a marathon?

Even if you take care to eat plenty of clean grassfed collagen and regularly take natural sources of Vitamins A/D and K2 to keep the bones and joints strong, many things can, in fact, start to break down from the continued punishment. This is particularly the case if you are over 30 . . . (1-5)

Dr. Peter McCullough, chief of cardiovascular research at Baylor Heart and Vascular Institute in Dallas, has completed 54 marathons, one in every state. But he stopped running marathons after examining research showing the potential dangers. He said:

I thought there was enough evidence that I wasn’t willing to pay the ultimate price.

I’m convinced that to go grind it out for hours on end at a steady pace is the wrong thing. Some experts are divided about this, and the concern is that it could dissuade some people from exercising, but we just can’t bury our heads about it. (2)

If you still are doubtful about the health risks from marathon running, consider how frequently one or more people die running them during competition. Even the very young are not immune. In 2019, a fit, healthy 22-year-old woman who played soccer for a nearby university died near the finish line of the Cleveland marathon. (6)

The sad part of stories like this is that the intentions are good. They are doing this all in the name of “health”. They are certainly not out to destroy it.

Aside from the dangers mentioned above, why is high-intensity aerobic pursuit such a dead end?

One reason is the high level of carbohydrates consumed needed to sustain this activity leads to chronic inflammation.

You’ve probably seen it. Sally and Johnny are running a 5K so they load up on a big bowl of pasta the night before the big race. Then, they chow down on bagels and juice immediately after their 36 min run. A cascade of systemic inflammation follows.

More Running is NOT Better

Research presented at the American College of Cardiology Scientific Sessions in Washington showed a shocking finding that should give every marathoner pause.

On average, those running more than 20 miles a week live about the same as people who don’t run much at all. (7)

Even worse are people in cancer remission logging mile after mile thinking it is going to keep cancer from returning. More often than not, it returns with a vengeance with a more dire prognosis than before.

Why? All the free radicals flooding their already weakened system from overexercising on a usually low-fat diet.

Folks with cancer courageously yet misguidedly doing half marathons and marathons are literally running themselves right into the grave.

Simply put, humans are not designed to exercise like this! We have 2 primary energy systems to power our muscles. The first relies on the slow-burning of fats keeping us fueled while at rest yet allowing for a continuous low-level aerobic activity such as walking, gardening, and day-to-day physical tasks. Fat is a very efficient fuel, stored and burned easily and cleanly when lots of oxygen is present.

Our second primary energy system that evolved is an ATP-fueled system that allows us to do intense loads of work in shorts bursts. It is our high octane fuel. Think of the woman that lifts a car off her child trapped beneath it. Or the person that sprints after a mugger to get their wallet back. In other words all-out effort for fewer than 20 seconds; flight or fight and life or death tasks and situations.

All things being said, there are still people out there that want to run a half marathon or triathlon. Even at these shorter distances, they still need to be careful. (3)

The good news is that there is a better and smarter way to train for an endurance event while avoiding the negative risks mentioned above.

The days of logging mileage in excess of 20+ a week have become outdated and misinformed.

And so is the weak and skinny appearance of the stereotypical endurance athlete!

Many are finding that by incorporating strength and conditioning workouts into their training routine along with shorter more interval-based training they are improving speed, power, and overall performance. This approach also reduces injury potential. Not to mention having a lot more free time, less pain and, quicker recovery, and no long-term scarring/damage to the heart. 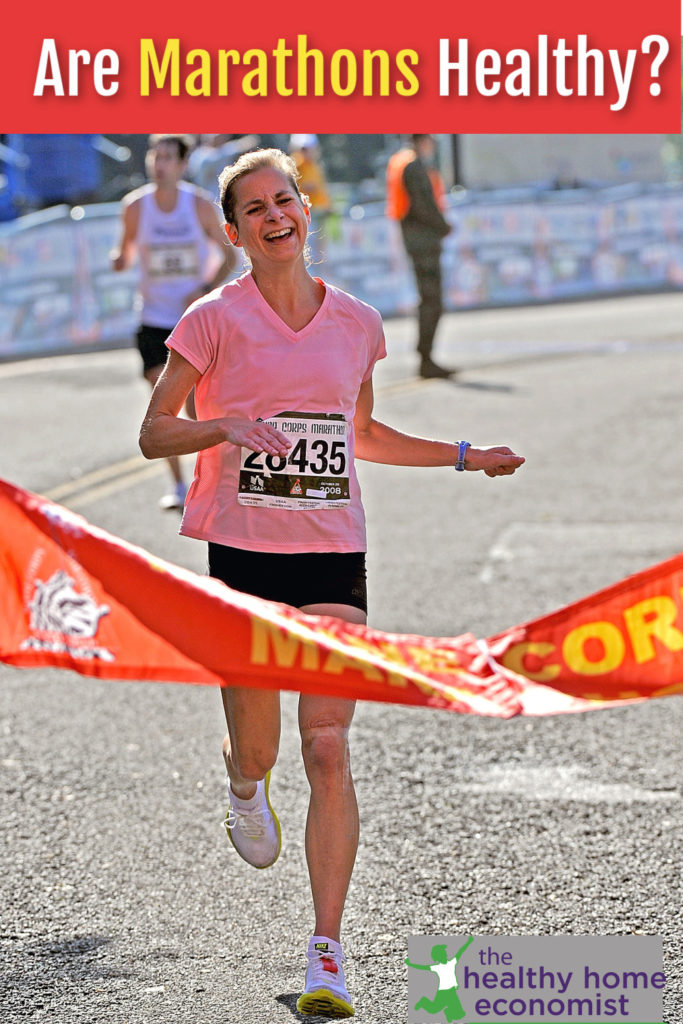 (1) Potential Adverse Cardiovascular Effects from Excessive Cardiovascular Endurance Exercise
(2) Is Long-Distance Running Good for the Heart?
(3) Triathletes May Be Putting Their Heart at Risk
(4) Marathon Running Can Scar the Heart
(5) Exercise and Your Health (Myths about Exercise)
(6) 22-Year-Old Woman Dies During Cleveland Marathon
(7) More Running May Not Help You Live Any Longer

The Sport of Life