You are here: Home / Healthy Pregnancy, Baby & Child / The Dangers to Your Baby from Wireless Baby Monitors 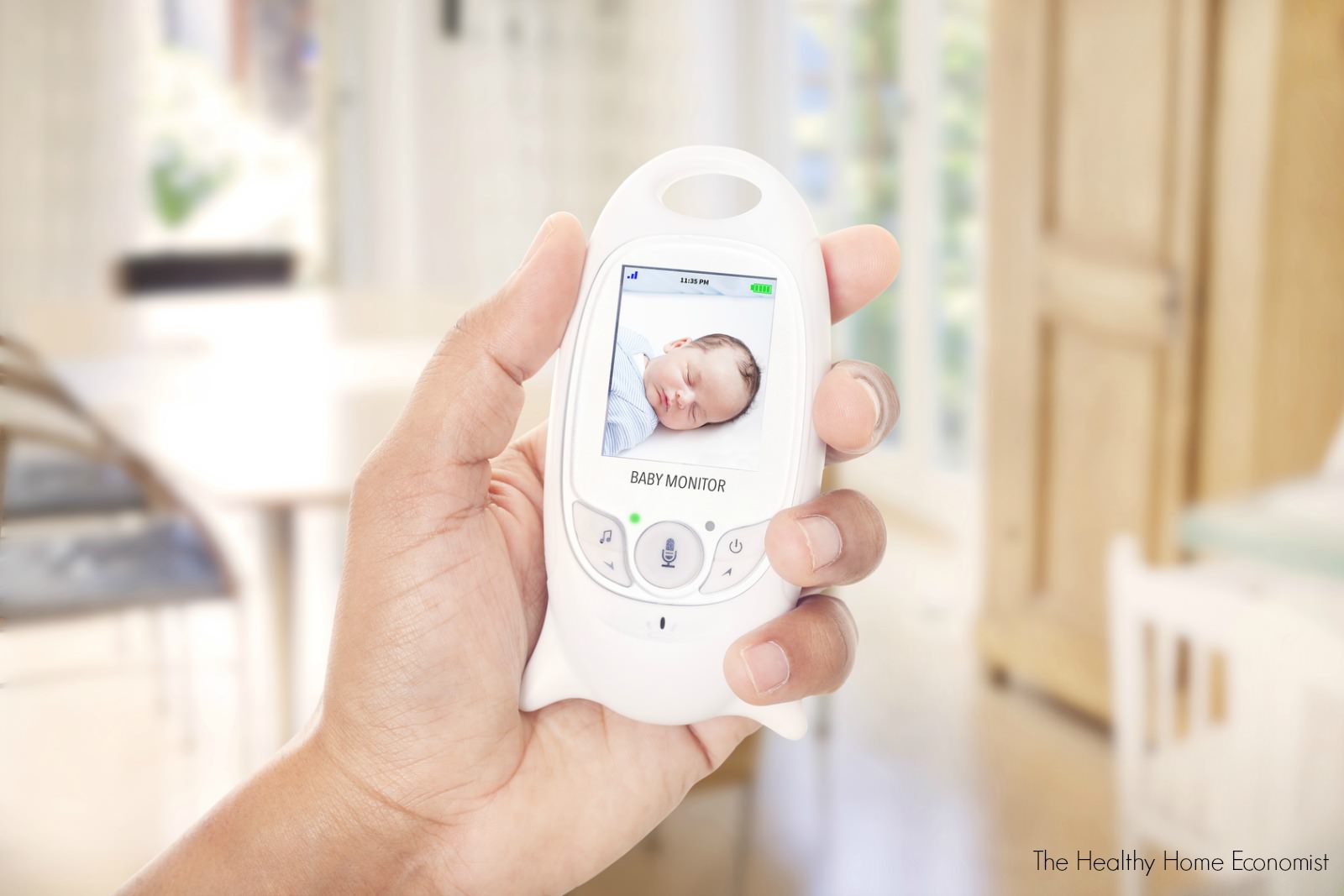 Are wireless baby monitors a good choice to help keep your child safe while you are out of the room? Well, consider this ….

If a mobile phone company applied for a permit to install a cell tower next to a school in your community, do you think there would be a large public outcry?

Most likely there would be very vocal outrage from the surrounding neighborhoods and the story would be featured prominently in the local news as many concerned and informed parents are increasingly taking precautions to minimize their children’s exposure to any sort of microwave technology.

The fact is that the long term effects of microwave radiation on children’s developing brains are completely unknown.

What is known is that a child’s brain is not fully developed until about age 20 and until that time, the skull is thinner to permit its continued growth and development.  Hence, a child’s brain is extremely sensitive to the effects of any type of EMF radiation (1).

Wireless Baby Monitors:  The Elephant in the Nursery

While most parents would agree that installing a cell phone tower next to a school would be dangerous and definitely not a good idea, many of these same parents are unaware of the very similar danger posed by baby monitors, devices ironically designed for child safety!

When my first child was born, like all the other mothers I knew, I had a baby monitor on my baby shower list.  At that time, baby monitors were corded and plugged into a wall outlet, so I was very careful to keep it away from the baby’s crib and on a bureau across the room out of concern for strangulation risk from the cord.

In recent years, however, corded baby monitors have all but disappeared in favor of the new wireless models which pose the very severe risk of continuous microwave radiation in your child’s room.

According to PowerWatch, a wireless baby monitor at less than 1 meter away from the baby’s crib was roughly equivalent to the microwave radiation experienced from a cell phone tower only 150 meters away.

With most baby monitors now wireless and the risk of strangulation from the cords no longer an issue, many parents are putting them right in the crib so a distance of 1 meter or less is not so far fetched. Even a wireless monitor across the room would still pose a danger, albeit a reduced one.

How to Keep Tabs on Your Baby Without Wireless Baby Monitors

The best way to keep tabs on your baby is to have the child’s nursery next to the master bedroom and use your ears.  It’s how Grandma did it after all!

If you absolutely must have a baby monitor for when your child is napping during the day and you are elsewhere in the house doing chores, then use one of the old style corded (analog) monitors that you can probably find at a garage sale for next to nothing.

While all wireless baby monitors are a problem, the high frequency digital models are the absolute worst.  Analog monitors are a better choice than digital and if you can find one that is non-pulsing and low frequency in the 35-50 mHz range then that would be the only wireless option that should be considered. Typically, these analog monitors only have a few channels.  Even analog monitors, however, should be kept at least 3 feet from the child’s bed and if possible, used sparingly.

According to PowerWatch, parents that switch out wireless baby monitors for an old style plug-in monitor or none at all report the child crying less, having less irritability and sleeping better.

Taking care to get the microwave radiation out of your baby’s room to protect her developing brain may have the distinct advantage of a better night’s sleep – for everyone in the house!

Harvard Medical Doctor Warns About the Dangers of Smart Meters

No Soup for You! Bloomberg Bans Food Donations to Homeless
Next Post: Navigating Holiday Fare Healthfully (while still having fun!)