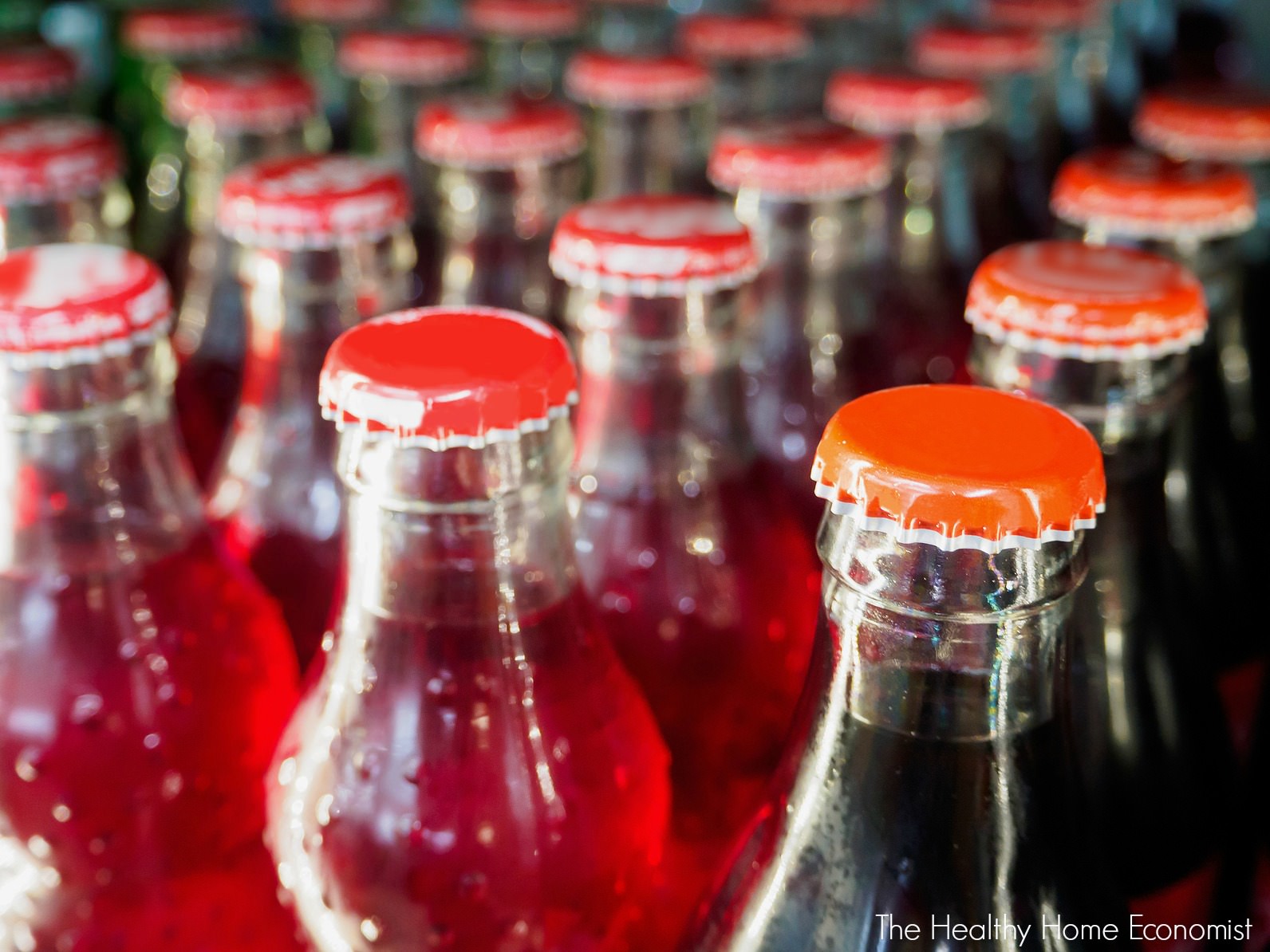 On my flight home from a conference recently, I took some time to flip through a health magazine that was included in the Conference packet of vendor brochures and flyers.

I normally don’t read these types of magazines as they are typically one sided marketing pieces, but since I was just relaxing and the only alternative was browsing the airline catalog (not!), I decided to flip through the pages and see if anything interesting jumped out at me.

I quickly came across an article about the dangers of sodium benzoate. This supposedly “safe” food additive has been used for almost 100 years as a preservative to discourage the growth of fungus and bacteria.

Sodium benzoate is another ubiquitous chemical much like MSG.  It is contained in many sodas (even natural ones), energy drinks, fruit juices, salad dressings, condiments and even some over the counter meds.  Turns out that the tests on this chemical are seriously out of date and even the World Health Organization noted in 2000 that the available science to support safe consumption of sodium benzoate is rather sketchy.

The most disturbing effect of consuming sodium benzoate is its effect on cellular DNA.  Cells exposed to this chemical experience total DNA inactivation and increased production of free radicals. DNA deactivation occurs through damage to the cell mitochondria, which are responsible for transforming oxygen into cellular energy.

A number of neurodegenerative diseases such as Parkinson’s and accelerated aging are being linked to DNA that is damaged in this manner.

Other effects of mitochondrial damage from sodium benzoate include liver damage, increased hyperactivity in children – even those who do not have ADHD and allergic reactions ranging from hives to asthma.

In 2007, The Lancet published a study that found that mixtures of artificial food colors and sodium benzoate are linked to hyperactive behavior in children regardless of the child’s mental health history or age.

As If DNA Damage Wasn’t Enough …

Mix sodium benzoate with ascorbic acid (synthetic Vitamin C) like you typically find in carbonated beverages/children’s juice boxes /lemonade mixes and what do you get?

Two dangerous chemicals in our store beverages for the price of only one?   What a deal!  High five America!

Benzene levels have the potential to rapidly increase when these types of products sit in a hot warehouse, delivery truck or even the trunk of your car.  Exposure to light and time sitting on a store shelf can also increase benzene levels.

Symptoms of benzene exposure include dizziness, heart palpitations, tremors, and immune system suppression among others.    More serious complications involve blood diseases such as leukemia, anemia, and even bone marrow damage.

Here’s the really scary part:  Environmental Working Group found that the average level of benzene in  soft drinks and fruit juices was 4 times the standard level for tap water.  The FDA has known about the unlawful levels of benzene in soft drinks since 1990 but chose to come to an agreement with the US soft drink manufacturers to have the sodas reformulated instead of making the information public so that people could be made aware of the danger to their health!

Some drinks have indeed been reformulated due to pressure from private attorneys who forced some products to be pulled from store shelves.

Unfortunately, most of the offending drinks are still not reformulated to this very day!

Until soft drink manufacturers happen upon a satisfactory substitute to the problem of sodium benzoate and vitamin C (ascorbic acid) accidentally mixing to produce high levels of cancer causing benzene in sodas and fruit juices, the original formulations will continue to be plied on an unsuspecting public.

It seems downright surreal to me that this dangerous chemical is lurking in beverages targeted for children and the FDA is doing absolutely nothing about it!   Makes one sick to think that the majority of kids have a juice box packed in their lunches most days and that many of these drinks contain a potent carcinogen along with a liver damaging chemical.

Of course, the best solution to this problem is to just not buy sodas , fruit juice and juice mixes from the store.   Make your own fresh squeezed juice and ferment beverages in the traditional manner for your family.   But, if you must have something on hand for a party or what not, at the very least buy fruit juices and natural sodas that do not contain sodium benzoate.    This way, you will be avoiding this DNA damaging chemical as well as the carcinogen benzene.

My Awesome Discoveries at the Healthfood Store