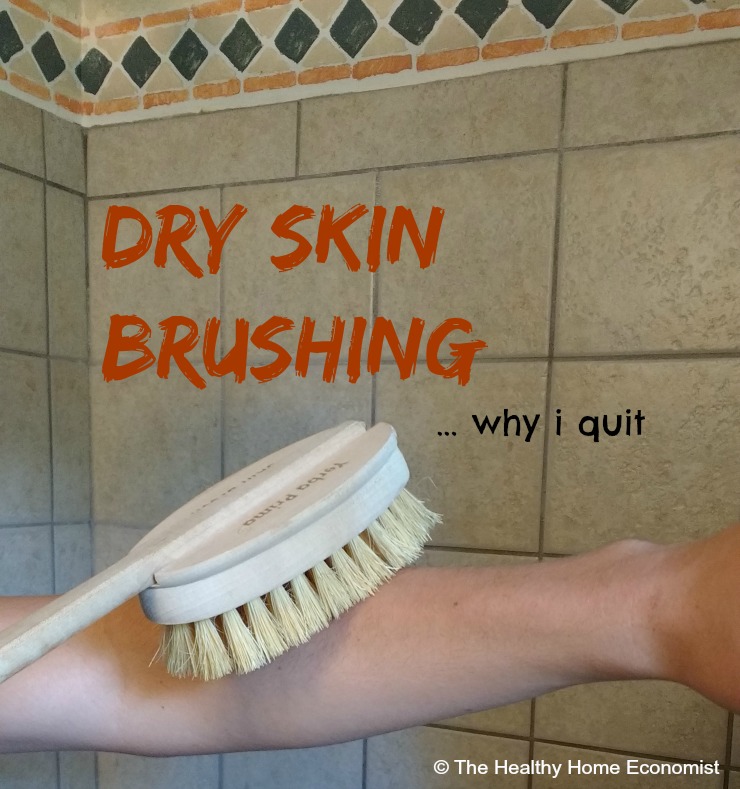 I was first introduced to the technique of dry skin brushing nearly 25 years ago by a holistically-minded (Ayurvedic) medical doctor.

If you think alternative MDs that think out of the box beyond the typical drugs and surgery approach is hard to find today, think about what it was like 25 years ago! I had to drive 2 hours each way for every appointment and considered myself lucky!

Dr. Eileen was helping me resolve some health issues that had cropped up due to the high pressure, living out of a suitcase, burn the candle at both ends corporate lifestyle I was living at the time.

One of the first things she suggested to me was that I was in need of some serious detoxing in order to heal. Dry skin brushing was recommended as a very helpful addition to my newly adopted dietary modification and detoxification regimen.

I immediately bought myself the best quality dry skin brush I could find at the local health food store and got started (this is the brand I used).

For about the next decade, I used dry skin brushing regularly and loved it. I found it a very effective part of a sensible detoxification regimen. I’m sure those of you who have tried it already would agree.

For reasons I never expected, however, I was forced to stop using dry skin brushing a few years ago. This was due to a little-discussed downside even when the proper brushing technique is used. I’ve mentioned this in the comments section of articles here on this blog in the past. Several readers asked that I write a specific article about it, so here it is!  Before I share my reasons for discontinuing dry skin brushing, let’s talk about exactly what this detoxification technique is and how it helps you heal.

What is Dry Skin Brushing?

Dry skin brushing is essentially a dry massage to help prevent as well as help heal illnesses of all kinds. It is traditional to the Ayurvedic practice of medicine with historical roots in India from more than 5,000 years ago. Ayurveda is enjoying an unprecedented resurgence in recent years as more people seek to prevent and resolve illness using natural methods that worked effectively for healthy, ancestral cultures.

The purpose of dry brushing of the skin is to stimulate the skin as well as the lymphatic system by increasing blood flow. The skin is the body’s largest organ, but it is usually underutilized for detoxification purposes. The process of brushing the skin while dry uses gentle friction combined with pressure to facilitate the release of stored toxins. The toxins are then rinsed away off the skin or picked up by the bloodstream where they are free to be quickly expelled by the excretory system. The use of friction, in particular, is not as effective when the skin or the brush is wet or soapy. The dry brushing process gently removes dead skin layers leaving the skin below supple, glowing, and refreshed.

A brush specifically designed for this purpose is the tool that must be used (such as this one). It is important not to use just any old brush or loofah, as the potential is there to not accomplish an effective brushing experience or worse, to damage the skin. Hence, a brush with natural fibers that are firm and yet gentle is of paramount importance. In addition, a brush with a long handle is best, in my experience, so you can easily reach areas like the middle of the back without any discomfort or straining.

When Should You Brush the Skin?

The best time of day to dry brush the skin is in the morning before a shower or bath. Bathing after brushing is important so that the dead skin and toxins released by the dry massage can be rinsed away.

It is important not to dry brush the face, neck, genitals, and chest. This is in keeping with Ayurvedic tradition. Note that more modern sources may recommend brushing some of these areas. In addition, avoid any sensitive areas or places with inflamed or broken skin.

How to Dry Skin Brush

Optimal areas are dry brushed in the following step-by-step manner. These steps will cover all areas that are appropriate for this technique.

While it is safe to dry skin brush every day, I found that I only needed to do it once or twice a week for excellent results.

While I found dry skin brushing a wonderful detoxification protocol for many years, I no longer utilize this Ayurvedic technique.

My problems with dry skin brushing started after the birth of my second child. At that time, I discovered that dry skin brushing no longer bestowed the same benefits as before. I didn’t like the look of my skin after brushing as it seemed irritated rather than refreshed. It appeared that my skin was no longer tolerating even a gentle dry scrub before bathing or showering anymore.

Perhaps some of you mothers can relate. After childbirth, sometimes a few things you used to like or do no longer agree with you. For example, running 3-4 miles regularly in my twenties felt great, but after having a baby, I literally never wanted to run another step.

Consequently, I do other activities I enjoy instead such a brisk walking, rock wall climbing, jumping on the trampoline (rebounding) or power yoga. Rebounding, in particular, is a very effective way to stimulate the lymphatic system similar to dry brushing. 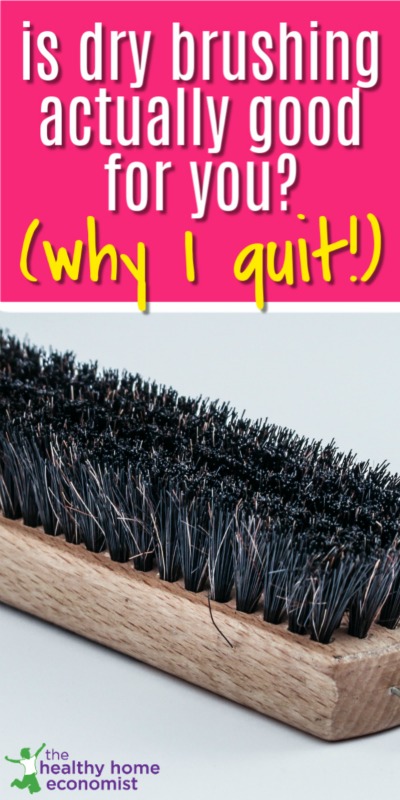 At that point, I decided I should probably brush less often. So, I continued dry brushing on an increasingly infrequent basis. After my third child was born, I stopped dry skin brushing entirely. This was due to my skin experiencing inflammation afterward even when rarely done. Or worse, strange, unexplained rashes in the areas that had been brushed would flare-up. I understand now why Ayurveda recommends to never dry brush the face and neck and to avoid all sensitive areas!

I still don’t know why this change occurred after so many years of successful brushing. Perhaps it was age or hormone-related. The bottom line is that my skin became too sensitive to tolerate it.

Be aware that dry skin brushing is not beneficial for everyone. This is true even when using the proper technique and pressure.

Proceed with caution if you have sensitive skin too. Perhaps do a patch test on your arm or leg before brushing the entire body the first few times. It is best to skip the face, neck, chest, and genital area.

Brushing too frequently or vigorously—or using a brush with rough bristles—could cause “micro-cuts” in your skin that may lead to infection. Exfoliating more than once a week could also break down your skin’s protective barriers, leaving your hide less hydrated and prone to irritation.

As a result, Dr. Glashofer recommends that people with eczema or dry skin avoid dry brushing altogether. Incidentally, if you decide that dry brushing isn’t for you, it’s probably best to avoid devices like the fascia blaster as well. They will likely cause similar skin issues.

The good news is that I found an easy alternative to dry brushing with detoxification bathing.

The sulfur in magnesium sulfate baths better knows as Epsom salts, provide more gentle exfoliation and detox without the downside that I experienced from dry brushing.

On the flip side, avoid the convenient lure of foot pads for detoxing due to sketchy ingredients and lack of effectiveness.

Do you dry skin brush? If so, do you find it beneficial or have you experienced any downsides like me? I think it is important as we grow older, that we listen to our bodies and change protocols as necessary. This is important when techniques that no longer serve us must be left behind in favor of other approaches that seem to work better.