Healthy Home Economist / Archives / Gardening / What is Azomite? How to Use for Food and Garden 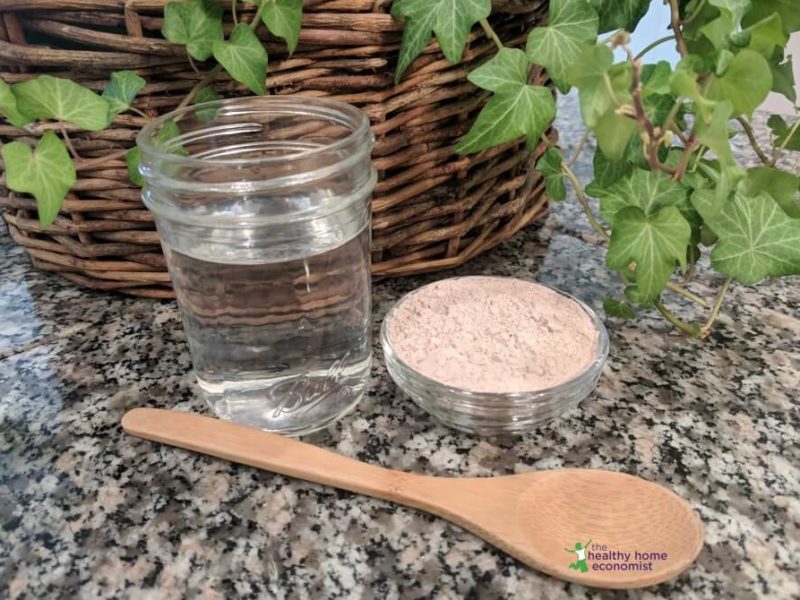 Azomite is one of those beneficial substances that is useful for many things around the home. It belongs in the same category as apple cider vinegar, diatomaceous earth, and baking soda.

For this reason, it’s best to have some on hand especially during springtime!

While many people have heard about azomite, few can actually describe what it is exactly.

Technically speaking, azomite is hydrated sodium calcium aluminosilicate or HSCAS. In more simple language, it is a special kind of mineral-rich rock dust that is mined in Utah from an ancient deposit created by a volcanic eruption that filled a small seabed. (1)

Because azomite is naturally loaded with 67 minerals in convenient, dirt-like form, it makes an excellent soil amendment. It may also be helpful to humans as a mineral supplement in certain situations. More on that below.

This natural, unspoiled state means that azomite is approved by the Organic Materials Review Institute (OMRI). Thus, organic farmers use it and if you garden at home, you should consider using it too!

Azomite differs considerably from run-of-the-mill fertilizers you would buy at Home Depot or a gardening store.

Most commercial fertilizers list 3 numbers on the label. They are separated with dashes like 2-2-4, or 10-10-10.  These numbers, usually referred to as NPK, represent the three most basic nutrients plants need to grow – nitrogen, phosphorus, and potassium. The number itself refers to what percentage the product contains of each mineral.

If the nutrients in azomite were represented this way, it would be 0-0-.2

Yes, you read that right. Azomite contains no nitrogen, no phosphorus, and only a small bit of potassium. (2)

Azomite also contains only a small amount of calcium and magnesium, 1.8% and .5% respectively.

So why do so many people swear by it?  Simply put, plants need far more than just three macro-mineral elements to thrive (and so do you!).

Plants make use of a wide range of elements and minerals and other compounds, as does the soil food web. Here is where azomite and other soil amendments shine, often containing dozens of different elements.

Three generations of improper farming since World War II and the misnamed “Green Revolution” has left many soils depleted of both major and trace elements and minerals that are crucial to their proper functioning.

Good growers turn to tools like azomite to help get their soils back into proper shape. 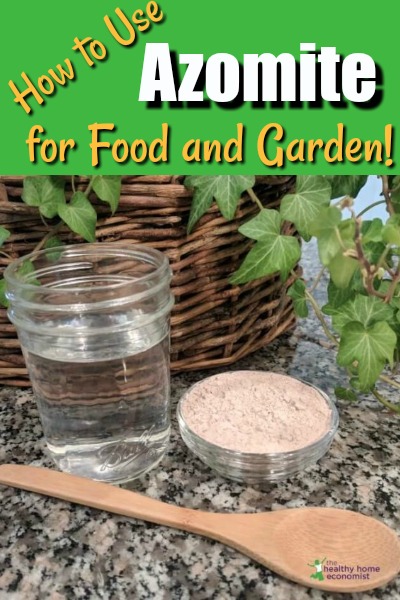 Azomite vs Other Rock Supplements

Many soil amendment products on the market are made from crushed glacial rock.  Azomite is different because it is made from volcanic rock. Volcanic rock has long been heralded for its rich mineral composition and beneficial impact on plants.

Is it better than glacial rock? Some say yes and some say (and I think they are right) that is depends.

Also, given that many of these deposits are quite large, they often vary from one place to another. Sometimes these differences are significant.

Thus, it is hard to decide which is better, and even the certificates of analysis companies provide should be taken with a grain of salt (pun intended!).

But the makeup of the product is only one consideration of whether you should use it!  There is another, even more important issue to consider first.

First and foremost, you don’t know if you need azomite unless you do the MOST important thing as a gardener or grower – get a soil test!

Let me say it again, the most important thing you do if you grow food is get your soil tested. Unless you test, it is just a guess!

In the many years of consulting I have done, all too often I find growers wasting money – or worse, messing up their soil and growing spaces – by amending and adding to their soil without testing.

Once soil is imbalanced by too much of a mineral or nutrient, it often becomes very hard to fix. So, before you use azomite or any other soil amendment, make sure you get a good soil test done!

Now that we’ve got that straight, what is the number one reason why you would use azomite mineral powder?

Because your soil tests/plants show that you NEED it.

Soil is like a bank account, every pepper and potato, head of lettuce and leek, withdraws nutrients from the soil. Unless you give back, eventually, there is nothing left. Also note, some soils and even composts are lacking in important trace minerals, like iodine, cobalt, and the like.

Check out the dozens of trace minerals that azomite can provide to depleted soil. (3) 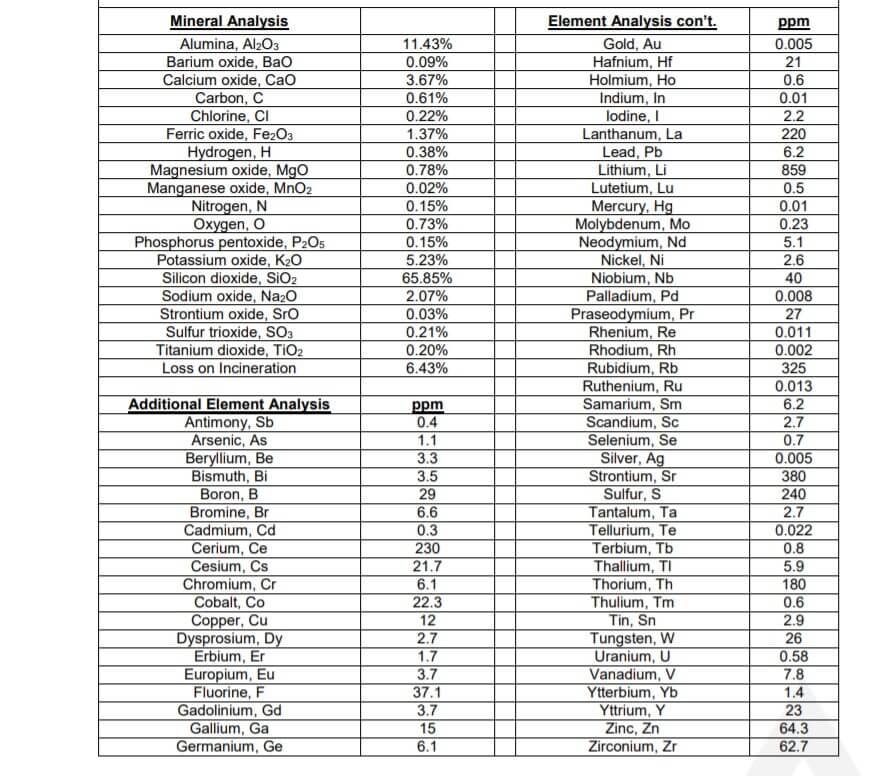 When to Use Azomite

Soil amendments are generally best applied in the Fall BEFORE the soil falls into quiescence (sleep).

Besides applying in the Fall, soil amendments can also be applied in the Spring.

Amendments should never, ever be applied to frozen ground.

A number of studies also show that soil amendments do best when married to cover crops. The cover crops help capture and stabilize nutrients.

You should also avoid applying amendments before heavy rains or periods of extended rain. It takes time for nutrients to stabilize in the soil, so heavy or long-duration rains right after application can cause the nutrients to leech into surface and groundwater.

Be sure to realize that it takes time for soil amendments to become available to plants.

In other words, just because you give plants an amendment that has the minerals and nutrients they need, doesn’t mean they are available for use immediately! It takes time for the soil food web to take what you apply and turn it into forms that plants can use or access.

Heavy Metals and Radiation in Azomite?

If you look at the analysis in the picture above that lists the mineral composition of azomite, you will notice that this powder contains arsenic, mercury, nickel, and cadmium.

First, note that studies show that plants need some of these to function properly – certain enzymes actually use arsenic and cadmium!

Second, the amounts of these heavy metals are minuscule. Many soils and foods contain trace amounts even under completely natural, pollution-free conditions.

Note that even before the modern age, many soils around the world, especially some of the most productive ones that provide some of the most nutrient-dense foods, were located on top of old volcanic eruptions. Thus, they contained these heavy metals as well.

The modern age has increased the amounts in circulation in the air due to smokestack industries. In turn, these substances rained down on some soils based on wind and weather patterns.

So, if you already have issues or risks because of your location/soil or because of other factors, azomite may not be the best choice for your gardening endeavors.

But just because it contains trace amounts of some heavy metals doesn’t mean that it should immediately be off the table. Many other OMRI approved soil amendments contain trace amounts as well.  Heavy metals are part of nature, a possibly dangerous, but also, important part.

Azomite as a Natural Mineral Supplement

Azomite is recommended as a natural mineral supplement by some sources. Nourishing Traditions Cookbook, for example, recommends a teaspoon per day of azomite stirred into a glass of water as a supplement of vital trace minerals. This mimics the practice of traditional cultures such as the Australian Aborigines who dipped their food in clay water before eating. (4)

The Weston A. Price Foundation also lists azomite mineral powder as a Superfood.

This powdery mineral supplement, containing montmorillonite clay and many other compounds, comes from an ancient seabed. It is an excellent source of silica, calcium, magnesium and the gamut of trace minerals. Clay also has detoxifying effects as the negatively charged clay particles attract positively charged pathogens and take them out of the body. Technically sold as an anticaking compound and available only in 40-pound bags, Azomite is incredibly cheap when used as a mineral supplement, costing less than one dollar per pound delivered. Take a heaping teaspoon mixed with water daily as an insurance of adequate macro- and trace mineral ingestion in these days of soil depletion through intensive farming. (5)

If you’ve had a hair analysis or other diagnostic test that found a problem with excessive heavy metals, it is probably best to avoid using azomite as a supplement as described above.

Other considerations include whether rice is a staple in your diet. High levels of arsenic are found in rice crops around the world, and while soaking rice before cooking at home reduces the risks considerably, eating it a lot particularly in restaurants would still be a potential danger.

In addition, if you regularly cook acidic foods in stainless steel (such as bone broth and tomato based sauces), this is a source of nickel in the diet. In both of these instances, azomite is likely not your best choice as a supplement.

Whether you choose to use azomite internally or for lawn/garden, as with any rock or similar dust product, handle it in such a way as to avoid breathing in the particulates.

With regard to radiation, the company that mines the azomite has done extensive testing and ruled this out as a concern.

One place azomite may make a good addition is for your plant starts otherwise known as potting mix. For instance, a friend of mine uses the following recipe for making soil blocks on her farm.

Mix together the following ingredients to make one gallon of soil:

This blend ensures that young plants start with and go into the ground with a wide array of trace minerals!

Alternatively, for general use around the yard, mix 2.5 tablespoons of azomite per gallon of water for lawns, gardens, trees and shrubs. This amount covers about 40 square feet.

For potted plants, mix 1 teaspoon per 2″ pot diameter with potting soil before planting.

One more word of advice. A few pounds of azomite will last you years. So don’t bother buying in bulk unless you have a lot of storage space or live on a farm!

7 Tips For an Easy Transition to Reusable Bags

Vitamin B12 in Animal versus Plant Foods

#1 Item to Stock Up on NOW (why is no one talking about this?)

4 Ways to Avoid EMF Exposure from Laptops and Notebooks