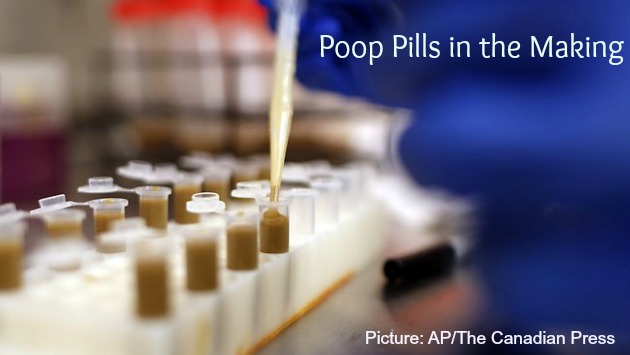 This article has been in the making for a long time.

Back in 2011, a reader emailed me with the most incredible story. She said that she had healed herself of severe gut dysbiosis in a matter of days at home, on her own, with no professional guidance. The life altering gut problems she was experiencing started after the birth of her child and were the result of extensive antibiotic treatment she had received during and after the birth.

Try as she might, she simply could not fix her gut with a nutrient dense, traditional diet which included fermented foods and probiotic supplementation.

She tried everything but was still miserable.

Desperate and willing to try anything to regain her health, Melanie (not her real name) decided to try an at-home fecal transplant using the pure, probiotic rich stool from her exclusively breastfed baby. She had read about the astounding success hospitals were having with this novel treatment for patients with intractable C-diff infections – cases that were completely unresponsive to antibiotics. Half a million Americans get Clostridium difficile, or C-diff, infections each year.  14,000 of them die and the ones who don’t can endure long term nausea, cramping and diarrhea so bad it is often disabling.

Melanie performed what can best be described as a fecal home enema on herself which had the result of improving her gut situation so much that she felt almost completely normal after a single treatment! As time went on, she continued to give herself fecal enemas on an as needed basis and experienced a turnaround in her health that can only be described as astounding.

When I first read Melanie’s story, I was hesitant to write about it as it was so incredibly “out there”.  I didn’t doubt her story for one minute and even discussed the situation with her on the phone, but I just didn’t think it was the right time to pen an article about it.

Today, fecal transplants are becoming ever more commonplace and it’s time we all realize that bacteriotherapy, even DIY ones such as what Melanie did, really are the next big thing to help people turn around their severely compromised gut function as we as a modern society brace for a world where antibiotics routinely fail for life threatening infections.

There’s now even an independent stool bank called OpenBiome in Massachusetts that sells healthy poop samples to those that need them.

In the early days just a few years ago when fecal transplants were initially developed, this treatment required hospitalization and invasive procedures such as colonoscopies or throat tubes.

Now, a new procedure, devised by Dr. Thomas Louie, an infectious disease specialist at the University of Calgary, makes the process as easy as popping a pill.

The process involves taking donor stool usually from a healthy relative and sending it off to a lab to be processed. At the lab, food is removed from the stool, beneficial bacteria is extracted, and it is thoroughly cleaned. It is then packed into triple-coated gel capsules which ensures that they won’t dissolve until they reach the desired destination – in the intestines.

“There’s no stool left – just stool bugs. These people are not eating poop,” Dr. Louie said of the treatment.

For patients suffering from C-diff infections, they are given an antibiotic to kill off as much C-diff as possible a few days before the treatment with the poop pills. In addition, the morning of the treatment, the patients have a cleansing water enema to allow the new bacteria coming in via the oral fecal transplant to have “a clean slate” to repopulate the gut with beneficial microbes.

The single treatment requires the patient to down 24-36 capsules in one sitting.

Do the poop pills work?

Oh yes, it does – with flying colors!

Dr. Louie described the results of his work at IDWeek, an infectious disease conference in San Francisco. Of 27 patients treated all who had experienced at least 4 C-diff infections in the past, not a single one had a C-diff relapse after treatment with the poop pills!

Margaret Corbin, one of Dr. Louie’s patients, had this to say about her suffering with C-diff and recovery:

“It lasted for two years. It was horrible. I thought I was dying. I couldn’t eat. Every time I ate anything or drank water I was into the bathroom.  I never went anywhere, I stayed home all the time.”

Ms. Corbin’s daughter served as her donor and after a single treatment with the poop pills made by Dr. Louie two years ago, Corbin said, “I’ve been perfectly fine since.”

Since this treatment is not drug based and doesn’t make the pharmaceutical industry any money, no doubt it will be an uphill battle to have the FDA quickly approve the use of poop pills to help the treatment win widespread, conventional adoption by most doctors. The truth is that the FDA is downright hostile to this treatment and cracking down on doctors who perform it for their patients, so if this is something you feel you could benefit from, you may just need to go the DIY route as described below.

DIY Fecal Transplants When Poop Pills Not an Option

Below is the how-to video of a Mother who has used at home treatments (similar to what Melanie did) to help eliminate her daughter’s debilitating gut problems and get her off strong medications. She demonstrates exactly how to do an at home fecal transplant using a simple, low cost enema bottle available over the counter at the pharmacy.

A small study has already shown at home fecal transplantation using an enema to be completely safe and highly effective.

If you feel more comfortable with written instructions, here are directions from Dr. David Williams’ newsletter “How to Perform a Fecal Transplant” using an enema bag.

A suitable donor shouldn’t have any history of gastrointestinal disease,  any malignancy, or a history of antibiotic use or hospitalization within the past three months. The donor’s blood gets tested for hepatitis A, B, and C, HIV, and syphilis. And, their stool is tested for pathogens, parasites, and C. difficile. Typically, a family member is selected since they have been in close proximity with the patient and share the same infectious risk factors, which minimizes risk.

To do the procedure, you need the following items in addition to a fresh stool sample:

The best time to perform the procedure is in the morning following the first bowel movement of the day.

Have the patient lie on the left side and administer the enema per kit instructions. The patient should remain in that position for as long as possible to avoid defecation. The patient should not feel any pain or discomfort outside of the normal sensations experienced during an enema. If diarrhea occurs within one hour, the procedure can be immediately repeated, but a fresh stool sample will need to be used.

*Please note that you do not have to do the antibiotics before the fecal transplant if you don’t want to. All of the readers who have emailed me about the stunning success they have had with DIY fecal transplants chose to skip the meds beforehand.

How to Perform a Fecal Transplant

Why We Get Sick and What to Do About It

Healthfood Store Elderberry Syrup and Gummies. Worth the Price?