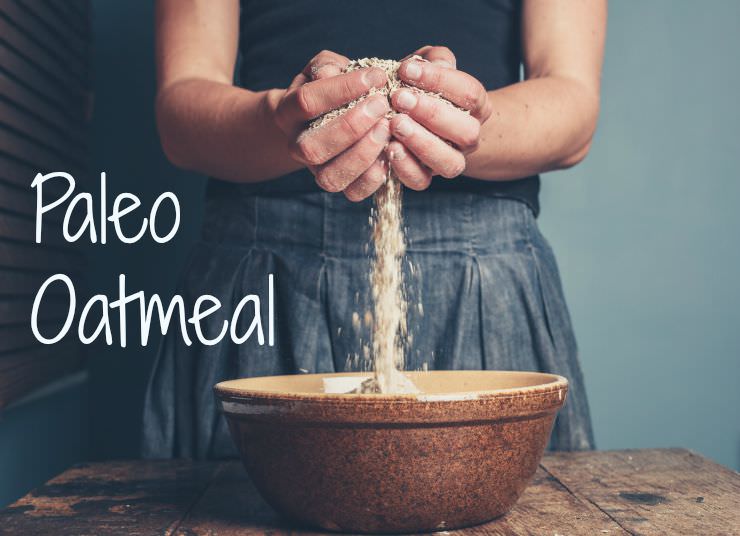 It seems that the eating habits of ancient hunter-gatherers living in Europe prior to the advent of farming was far more sophisticated than previously believed.

The Archaeological Institute of America has recently reported the surprising results of tests conducted by scientists at the University of Florence. The tests involved a stone pestle recovered in the Apulia region of Southern Italy.

Apulia is home to the archaeological site knows as the Paglicci Cave that was used by Paleolithic hunter-gatherers of the Gravettian culture between 32,000 and 34,000 years ago. These stone age humans painted murals on cave walls and engraved images of goats, cows, a serpent, and a nest with eggs. They also painted hunting scenes on bones.

The stone pestle was originally discovered in the cave back in the 1950s, but tests have only now revealed the composition of the stone’s starchy debris.

The tests revealed that the stone pestle had been used to grind none other than dried oats! The oats were first gathered and then heated which likely served as a primitive form of food preservation in the cool, damp climate. The heating also helped to dry out the oats, making them easier to grind.

Researchers suggest that the oat powder that resulted from the grinding process was boiled into a porridge-like gruel or even made into bread. The powder would have been easier for the nomadic culture to carry too.

This isn’t the first grinding stone that has been discovered in that area. Archaeologists have unearthed other stones that were tested and found to process roots and cattails.

Matt Pope, an archaeologist at the University College of London, said in an interview with the Scotland Herald that “If we were to look more systematically for ground stone technology we would find this is a more widespread phenomenon.” He added that this discovery is of particular importance because it sheds light on the diet of ancient humans prior to the dawn of farming and civilization itself. It also involves a popular, grain based food that is still widely consumed today.

It makes sense that the Scottish media seized upon this story with gusto given that a simple bowl of oatmeal porridge is proudly regarded as a national dish dating back centuries.

In fact, evidence of porridge consumption in Scotland dates back to 4,000 B.C. when oats along with other crops began to be cultivated by the country’s first farmers. Its use by the traditional, vibrantly healthy Gaelic culture was written about in the nutritional classic Nutrition and Physical Degeneration.

While a bowl of oatmeal has now been found to be not only a traditional, but in fact an ancient dish, be sure you are preparing it correctly to deactivate all anti-nutrients to maximize assimilation of nutrients. This recipe plus video will show you how to enjoy the benefits of paleo oatmeal in much the same way our stone age ancestors did.

Soaked Oatmeal Benefits Without the Soaking?