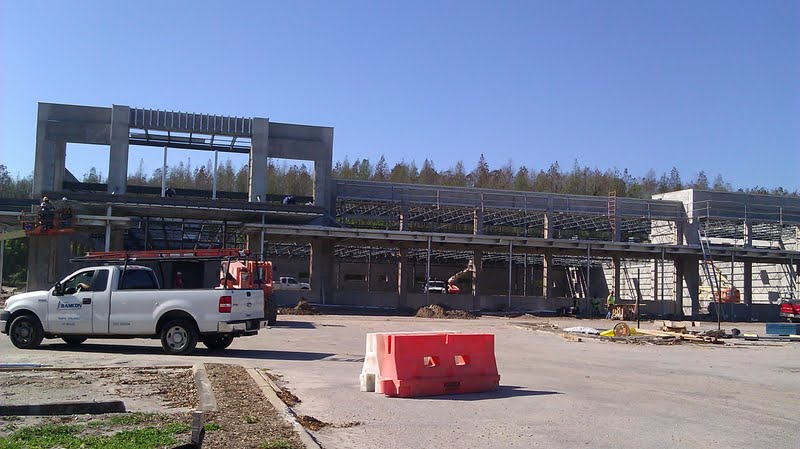 I just found out today that a Whole Foods is going to be built close to my neighborhood. Too bad it’s not an Earth Fare.

While many crunchy, green mamas might rejoice at Whole Foods coming to town, I am in mourning because Whole Foods is basically on par with your “neighborhood”  Walmart.

There is nothing “neighborly” about Walmart or Whole Foods.

While Whole Foods is undoubtedly counting on health conscious Moms like me in the neighborhood cha-chinging away at the brand spanking new registers, let me just share with you that you won’t see The Healthy Home Economist browsing the aisles there.

I’ll be shopping at the 2 small, local healthfood stores less than a mile away where I’ve shopped for the past 15 years.   That’s where my business loyalty lies.

I spend almost all my food money with local businesses and local farms.  Not Whole Foods.

How could I possibly rationalize shopping at Whole Foods which has recently rolled over on the GMO issue in the United States by suggesting that we all need to “learn to live with GMO’s” by accepting the USDAs proposal for “peaceful” coexistence between organics and genetically modified foods?

Here is Whole Foods’ official statement on the matter:

The reality is that no grocery store in the United States, no matter what size or type of business, can claim they are GMO-free. While we have been and will continue to be staunch supporters of non-GMO foods, we are not going to mislead our customers with an inaccurate claim (and you should question anyone who does). Here’s why: the pervasive planting of GMO crops in the U.S. and their subsequent use in our national food supply.  93% of soy, 86% of corn, 93% of cotton, and 93% of canola seed planted in the U.S. in 2010 were genetically engineered. Since these crops are commonly present in a wide variety of foods, a GMO-free store is currently not possible in the U.S. (Unless the store sells only organic foods.)

Since the U. S. national organic standards do not allow the use of GMO ingredients and practices in the growing or production of organic foods, choosing organic is one way consumers can avoid GMO foods. The other is through labeling, of which we are strong supporters.

Hey Whole Foods, here’s a novel idea:   How about selling only organic and local foods then?  That would solve the problem nicely wouldn’t it?

I don’t know about you, but that statement screams “sell-out” to me.  Even more damaging, Whole Foods recently endorsed the peaceful coexistence option with regard to GE alfalfa rather than an outright ban.  The unrestricted planting of GE alfalfa that starts as early as this spring threatens the entire grassfeeding dairy industry over the long term as alfalfa hay is an integral part of winter feeding.

Whole Foods is all about corporate profits and management can shade it and couch it any way they like, but the message is loud and clear:  corporate profit and shareholder gains are more important than sticking to the basic sustainability ideals Whole Foods was founded upon.

Do you want your neighborhood healthfood stores and farmer’s markets to suffer revenue losses from business ruthlessly stripped away by a Whole Foods coming to town?

If not, you can choose to stay away like me and treat Whole Foods like just another supermarket or Walmart:  a place of last resort where budget dollars are rarely if ever spent.

Note: as of July 2012, it appears that Whole Foods is still sourcing much of its “organic” produce from China which provides further verification of the video below.

In addition, as of June 2015, Whole Foods’ new veggie rating system can rank conventional produce grown in another country ahead of organic, local produce!

How to Remove Sugar Ants from Your Home Fast!

Latex in Organic Mattresses. Is this a Health Concern?

What is a Gravity Water Filter? Do They Work?

25 Ways to Dramatically Reduce EMF Exposure in Your Home