Toxic Money: How to Protect Yourself 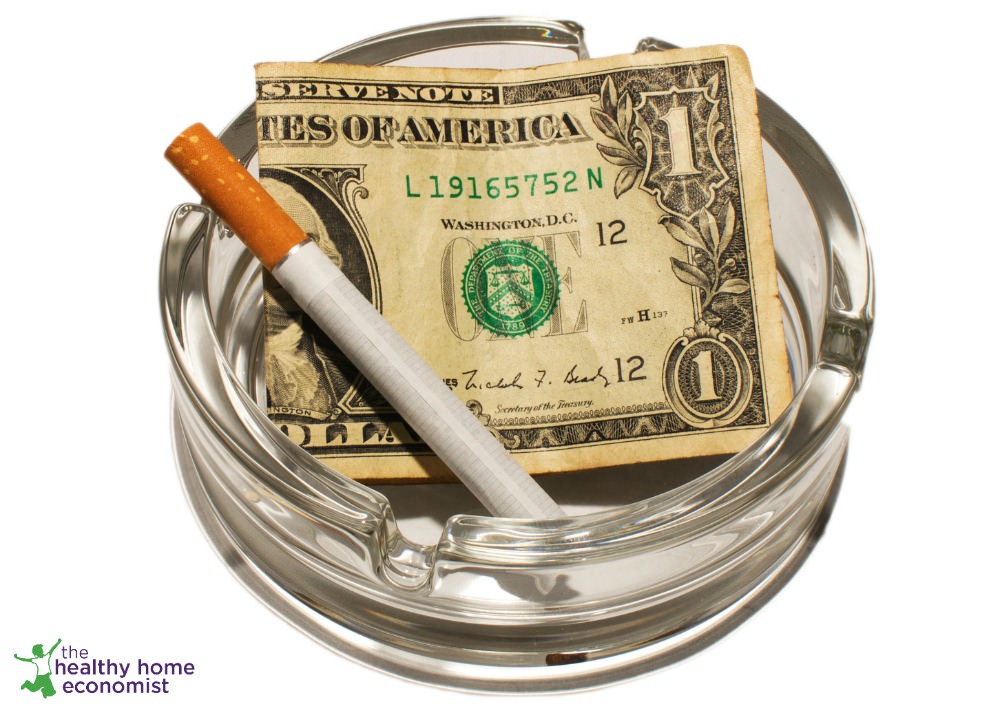 A reader sent me a link recently to a study that found high levels of the toxin BPA on dollar bills and receipts.

The Washington Toxics Coalition found that the thermal printers commonly used in the retail industry for printing receipts use BPA in the ink.   Receipts shockingly contain BPA at levels 250-1000 times higher than that found in canned foods. (1)

Receipts placed in your wallet then easily transfer the toxin to paper bills as well as your own skin!

According to the study, 95% of money tested positive for BPA.

Even more alarming, BPA coming into contact with the skin penetrates to a depth that cannot be easily washed off!BPA, if you remember, is an acronym for bisphenol A, an organic compound widely used in the plastics industry. BPA has been found to be highly estrogenic, having the potential to disrupt normal hormonal function in both humans and animals.   It has also been linked to obesity, cancer, infertility and other modern ailments.   Canada recently became the first country to declare BPA an official toxin.

To avoid contamination, a staff scientist with Washington Toxics suggested refusing store receipts or storing them separately from the cash in your wallet.   This suggestion seemed rather lame to me considering how alarmingly pervasive BPA has become in our environment.

Considering that we have to touch cash or receipts at least once in awhile and that the high levels of BPA we come in contact with from these sources doesn’t appear to readily wash off, we all need a better strategy for dealing with this toxin that is now everywhere.

I, for one, am not going to go through life wearing gloves.

I have a much better idea:    Drink homemade kombucha!

You see, this humble traditional, fermented drink originally from China and Russia contains glucuronic acid which is a powerful aid to the body’s natural cleansing processes.    The liver normally produces high amounts of glucuronic acid to detoxify the body.

This powerful acid which is not readily commercially synthesized binds up all manner of poisons and toxins like BPA and quickly moves them to the excretory system.  Once bound by glucuronic acid, toxins no longer can be absorbed by body systems so their toxic properties are in essence “deactivated”.

The powerful detoxification aspects of kombucha were discovered by Soviet researchers who were determined to find the reason why the districts of Solikamsk and Beresniki in the west central Ural mountains in the industrialized, post WWII era had hardly any cancer cases despite devastating environmental pollution.

Cancer cases in neighboring districts were extremely high in comparison. Pollution from potassium, lead, mercury, and asbestos mining was so bad that it was causing trees and fish to die. Production facilities were spewing as much pollution in the cancer free districts as in the high cancer districts.

What researchers discovered was that homes in the cancer free districts were never without fermenting crocks of kvass and kombucha!  No other social or environmental differences were noted. The Russians from the cancer free districts even drank as much vodka as the other Russians but interestingly did not have the social drunkeness problems that typically go hand in hand with heavy drinking.

It seems to me that the best way to prevent pervasive environmental toxins like BPA from poisoning you day after day, year in and year out is to deploy a traditional weapon used for centuries  – kombucha!

I liken drinking kombucha to having a second liver. With liver functions overloaded and stressed from our increasingly polluted environment, who can afford to overlook this easy, inexpensive way to keep these poisons from damaging our tissues and disrupting our hormones?

If you are interested in learning how to make kombucha yourself for just pennies a quart, I offer four free video lessons on traditional kombucha brewing in my archives. The first two are for beginning brewers and the second two are advanced topics for the pros.

What a delicious way to keep your body free of BPA!

How to Soak Acorns. A Delicious (and Free!) Snack