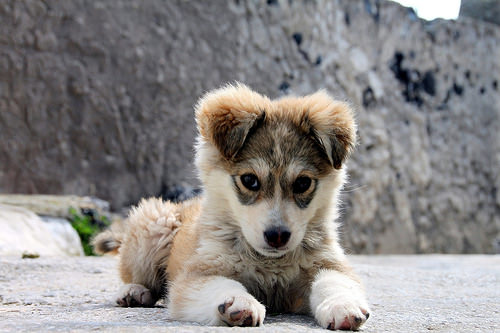 As we consider what sort of diet to feed our furry domesticated animal companions, it’s vital that we understand their innate anatomical and physiological characteristics. Is it possible that the best dog food is homemade? Is making cat chow even realistic?

It’s these qualities that determine, to a very great extent, the kind of food their bodies were naturally designed to eat, many eons ago, by Mother Nature.

Feeding our pets a species appropriate diet, which is based on the kind of raw, animal-based foods nature created their bodies to consume, provides our pet cats and dogs with the best opportunity to thrive, enabling them to live the longest, healthiest lives possible.

All Cats Are Obligate Carnivores

There’s absolutely no doubt whatsoever, scientifically speaking, that all felines on the planet – whether they be huge cats like lions and tigers, or smaller ones such as ocelots, servals and yes, domestic house cats — are what are known as obligate carnivores.

Obligate carnivores are “true carnivores,” meaning these animals’ bodies are specifically designed to consume the flesh and bones of other animals. Such carnivores are virtually solely dependent upon the nutrients found in animal based foods, which they absolutely require to maintain their good health.

Felines are among the most successful predatory animals on the planet, and their anatomy and physiology are very clearly that of a hunter. As such, cats have virtually no need for plant based food or carbohydrates, although they may consume small amounts of plant based materials occasionally, usually as a medicinal to induce vomiting. In fact they have so little use for dietary vegetative matter, that their digestive systems actually lack the physiological ability to effectively either process or assimilate any plant based foods whatsoever.

Please bear this in mind the next time you look at the ingredients list on a bag of commercial kibble and see things like soy, corn, rice, wheat, or other plant based items on that label!

Dogs Are Carnivorous Gray Wolves on the Inside

Regardless of variations in their size, coat texture, ear shape and/or other superficial, external differences, all breeds of domestic dogs are members of the same species, and are known as Canis lupus familiaris.

All domesticated dogs are direct descendants, and are also technically a sub-species, of the gray wolf, Canis lupus. As a result, internally, in terms of their dentition as well as their internal digestive anatomy and physiology, dogs are essentially identical to gray wolves.

Both dogs and wolves are members of the Canidae family of the mammalian order Carnivora, which means they are meat eaters, or carnivores.

Gray wolves are predatory animals whose primary preferred prey are large ungulates such as deer, elk, caribou and other large herbivorous creatures. However since they’re not obligate carnivores like cats, gray wolves along with their domestic canine counterparts are opportunistic carnivores. This means that when large game is unavailable they have the ability to subsist by consuming a modicum of plant matter. However it’s important to understand that doing so is an emergency survival mechanism, and that these animals’ bodies were truly designed to thrive on the consumption of the raw meat, bones and organs of herbivorous prey-type animals, most particularly those of large grazers.

Characteristics of Carnivorous Canines and Felines

There are a number of anatomical and physiological qualities that are shared by all mammalian carnivores, including domestic cats and dogs. Familiarizing ourselves with these characteristics can help us better understand the reasons why it’s so important to feed our pets a diet consisting of whole, raw, animal based foods. These are the sorts of foods their bodies were truly designed many millions of years ago to consume, and it is upon such a diet that they best thrive.

Below is a list of some of the most important and relevant carnivorous characteristics common to both cats and dogs:

Premolar and molar teeth called carnassials —  the uppers and lowers of which come together when the jaw closes like the sharp blades of a scissor to very effectively shear, slice and dice raw food into pieces that are just small enough to fit down the animal’s throat.

Jaws that move exclusively up and down in a vertical plane —  including a lower jaw that is utterly incapable of moving side to side (unlike the lower jaw of an herbivore such as a cow or sheep, which moves side to side horizontally, contains large, flat molars, and is made for lengthy and often repeated chewing and grinding of plant matter.)

Extremely strong stomach acids — designed to quickly and effectively neutralize any potentially harmful bacterial loads that might be found on raw meat.

Some other traits shared by dogs and cats that earmark them as carnivores are their keen senses of smell, hearing and vision, their forward facing eyes, their intelligence, and their innate predatory instincts such as stalking, chasing and pouncing.

Feeding our pets a diet of whole, raw, animal based foods has myriad benefits, most particularly including the promotion of excellent oral health.

The many benefits of feeding a diet of whole raw foods to our pets will be the subject of my next guest post here on The Healthy Home Economist.

How to Switch Over to Raw Pet Food