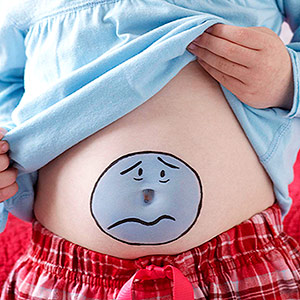 Since when do you think with your stomach? Since forever. And this applies to everyone: children, adults, even pets.

Presently, we flounder in the wake of a new trend where the gastrointestinal tract has been disturbed by drugs of commerce to a steroidal level.

I call it the post-modern medicine syndrome: we are in a post-antibiotic, post-birth control pill, post-steroid, post-health phase of human health. Two generations have now suffered in this climate of drug-induced illness, which we call iatrogenic disease.

We have traded our short-term acute ills, such as ear infections, sore throats, fevers, and zits for chronic illnesses: disorders such as ADHD, autism, Alzheimer’s, learning disabilities, and of course, food intolerances and allergies. The list goes on.

How did it happen? It’s a much simpler matter than it appears on the surface. One of the quickest ways to flip the switch from normal behavior and acceptable health to awful behavior and chronic illness is to employ one or all of these drugs and viola! A healthy GI tract to a disturbed GI tract.

And what is most daunting about all this is that modern medicine and its offshoots — school psychologists, social workers, and other practitioners — still approach these ills with psychological tests, talking sessions and more drugs.

Forgive my intolerance, but it appears that the actions of many pediatricians and dermatologists are exculpatory, particularly when the drugs upon which they depend have time after time been disclosed to have long-term detrimental effects. Even the American College of Pediatricians has recommended to its members that they stop handing out antibiotics like candy. Nonetheless, the practice continues.

And then there are those doctors who get it. Dr. Natasha Campbell McBride MD says, “When a baby is born, it acquires the flora of the mother during its passage through the birth canal. If the mother has a history of antibiotic or contraceptive use and poor digestive health, her flora will likely be unhealthy.”

Michael the Teenager Is SO UPSET!

Our young friend, Michael, was having difficulty in school, with an inability to concentrate and lapses in judgment. He had always been a tad socially awkward, but now in his teen years, he had begun to tune out, with regressing behavior, frequent outbursts and even sobbing fits.

Michael also developed an eating disorder in a desperate bid to control his “environment” — an explanation his uncle postulated. His dad made light of it: “Michael thinks the four food groups are pasta, bagels, pretzels, and bread.”

But it was no laughing matter. Michael’s GI tract had bottomed out, but his family, not clearly understanding what really caused this so-called ADD, began to seek answers outside the conventional medical system.

Michael’s mom did her homework, which led her to attempt to implement aspects of the GAPS diet, but Michael stayed hopelessly addicted to his “four food groups” with childlike doggedness.

While some might blame this teen’s behavior on environmental factors, hormone shifts and the like, homeopathy looks more closely at his timeline to expose a different exciting cause…sadly, the more common one found today.

Which Came First: the Illness or the Drug?

Before the behavioral problems developed, Michael had not had antibiotics that many times. But define “many times.” One? Twelve? A full year’s worth? In Michael’s case, until a few short years ago, he had few learning or behavioral troubles. In fact, his mother recalls that his difficulties seemed to erupt right along with his acne and shortly after his third round of antibiotics for strep throat and fever.

Not many teenagers in the Western world get acne without a trip to the dermatologist, followed by a drive home with a pocket bulging with scripts.

The trouble is, the dermatologist was hired to halt the acne and has not been trained to make certain that Michael had a sound gut so that his skin — and his behavior —  remain normal.

A Two-Pronged Strategy to Correcting the Gut

Michael’s mother, at her wit’s end, began searching for more answers. The GAPS diet was not enough. The dermatologist was doing more harm than good. But how does she heal Michael of his difficulties without the drugs? What to do if Michael gets a strep throat or fever again? How does his mom avoid re-introducing antibiotics?

By working on a new strategy, that’s how. As a result of her research, Michael’s mom decided she needed to learn the main homeopathic remedies to use for the kinds of problems Michael had been prone to in the past. She bought a few homeopathy books and enrolled in Good Gut, Bad Gut: A Homeopathic Strategy to Uproot Seemingly Unrelated Illness in Body and Mind, an online course on curing one’s family at home with homeopathy.

Some of the first remedies she learned about were Hepar sulph 30 and Belladonna 30, which have been shown to uproot sore throats and ear infections. She also learned that Michael’s high fevers were best resolved with nothing but good bone stock and rest.

No need for drugs at all!

This is where the study of homeopathy offers one of its greatest gifts. It squarely places the ability to cure where it belongs…in the hands of the family.

Overcoming a dependence on antibiotics for every ill by employing sound homeopathy and common-sense strategies for Michael’s acute problems allows his body to finish the work of displacing the original onslaught of drugs.

But What About the Gut Now?

Let’s fast forward on Michael’s timeline. We can use homeopathy to address food intolerances and other issues now and for the future.

Given that Michael’s GI tract has likely been tainted, we can employ the remedy Bovista. This is a remedy most frequently associated with allergies — especially food allergies — and in turn a problem with cravings. If he had bloating, gas and burping, the more apt remedy choice would be Lycopodium 200 and perhaps Nat phos 6x as well.

Homeopathic remedies don’t suppress symptoms. Instead, they rectify the underlying problem. This was what intrigued Michael’s mother the most because she was anxious about his eating habits and behavior.

This is a good place to start, but there’s more. Aethusa is an important remedy to address ADD and hyperactivity, so for Michael, this too is a good choice. The hallmark for the use of Aethusa also happens to include delayed mental benchmarks. In Michael’s case, we might say that his behavior was childish for his age.

If this assumption is correct, after employing this remedy, it will appear as though Michael has simply grown up. And indeed he will have. Homeopathy is like that. It puts things in order so that the proper maturity can take place.

Not long after implementing the homeopathic program, Michael’s mom was relieved that Michael began to eat eggs, her bone stock, fermented vegetables, and even lamb chops — and he stopped falling into a weeping heap over trivialities.

For Michael, he was excited by his transformation in school, as he began to excel both academically and socially. The latest report…his folks reported that Michael now has an after-school job, and his grades consistently improve. Moreover, his interests show healthier tendencies, with ascension into more mature areas.

For those who have already begun the journey of replacing dead foods with nutrient-dense and live organisms and have witnessed improvement but are not yet there, homeopathy offers the trump card to complete the circle.

If you would like to learn more, watch my short video and you decide.

All this from homeopathic remedies and a nutrient-dense diet? You bet! 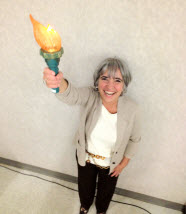 Do you yearn to learn how to solve your own “Michael” story? Become the Mighty Mom who cures your own family without resorting to drugs. You may already be employing smart food strategies, and this could offer the missing link to uprooting chronic problems.

I know the frustration firsthand, so I learned enough homeopathy to raise my sons to adulthood without a single drug. Let me pass on the torch to you and yours. Check out how to learn more here.

She has a passion for teaching moms and her methods are simple. Clean living, nutrient-dense foods, and knowing…really knowing…homeopathy.

Natural Ways to Resolve Anemia in Pregnancy (no iron pills!)