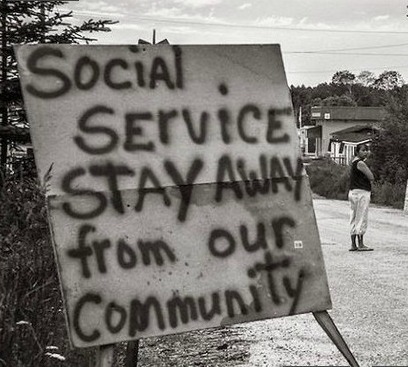 This is the most disturbing story of parental rights abuse that I’ve ever come across. In fact, when I initially read about this case, I didn’t believe it at first due to the horribly violating and surreal nature – a storyline worthy of a slasher movie screenplay except that it is real life.

The story began in July 2012 when a pregnant Italian woman traveled to Great Britain for a two week work related training course for Ryanair at Stansted Airport in Essex.

While in the UK, the woman suffered a panic attack which was apparently related to missed medication for an existing bipolar disorder. The attack was likely triggered by the woman’s distress when she was unable to find the passports for her two daughters who were staying with her mother back in Italy while she was abroad.

The woman called police who found her on the phone with her mother when they arrived.  Concerned for the unborn baby’s well being, the police told her that they were taking her to a hospital but took her to a mental facility instead. When the mother realized where she was, she requested to be returned to the airport hotel where she was staying whereupon she was forcibly retained under the Mental Health Act.

The woman remained in the psychiatric facility for five weeks unable to leave or return to Italy. Meanwhile, Essex Social Services obtained a court order from Mr. Justice Mostyn in August 2012 to forcibly remove the baby from her womb via Caesarean section, according to legal documents seen by staff at the Telegraph newspaper in the UK.

Most unbelievably, the woman’s next of kin were not consulted or apparently even contacted about what was happening.

Based on that court order, the woman was sedated without her knowledge or consent.  When she awoke in another hospital, she discovered that her baby had been removed from her womb against her will.  She was not allowed to see or nurse her baby daughter and in October, at a hearing before another judge, she was told she would be escorted back to Italy without her baby.

Since February of this year, the mother has been fighting to be reunited with her now 15 month old daughter who remains in the care of Essex Social Services.  At a hearing at Chelmsford Crown Court, the woman’s lawyers state that she has resumed taking her medication and is fit to care for her daughter.  However, the judge ruled that the child should be placed for adoption because of the risk that she might suffer a relapse.

This case has understandably ballooned into an international incident with a judge in the High Court in Rome questioning why British care proceedings had been applied to the child of an Italian citizen “habitually resident” in Italy.

The case has even made it to Parliament where the incident will be raised by John Hemming, who chairs the Public Family Law Reform Coordinating Campaign, which seeks reform and openness in court proceedings involving family matters. He had this to say about the situation:

I have seen a number of cases of abuses of people’s rights in the family courts, but this has to be one of the more extreme.

It involves the Court of Protection authorising a caesarean section without the person concerned being made aware of what was proposed. I worry about the way these decisions about a person’s mental capacity are being taken without any apparent concern as to the effect on the individual being affected.

Attorneys for the mother are demanding to know why Social Services apparently did not even bother to contact or consult with the woman’s next of kin in Italy before moving forward with its barbarous plan of action.  Moreover, a family friend of the woman offered to care for the child but Social Services refused and retained custody in Britain.

Essex County officials had no comment on the situation citing the vulnerable nature of the individuals involved.

International incident aside, this case is outrageous and once again demonstrates in the most abhorrent way imaginable that Social Service workers in the Western world are completely and utterly out of control.

As Brendan Fleming, the woman’s British lawyer, said in a statement, “I have never heard of anything like this in all my 40 years in the job. I can understand if someone is very ill that they may not be able to consent to a medical procedure, but a forced caesarean is unprecedented.”

Let’s hope this horrific story will prompt Parliament to immediate and reformative action to significantly curtail the broad-reaching bureaucratic powers of Social Services. In the United States, perhaps this story will help garner additional support for a Parental Rights amendment as the behavior of Social Services workers here is not far behind the level of rights violation seen in the UK.

Unfortunate but true that sometimes an appalling story like this one is what is necessary to break the inertia and prompt change for the better.

‘Operate on this mother so that we can take her baby’