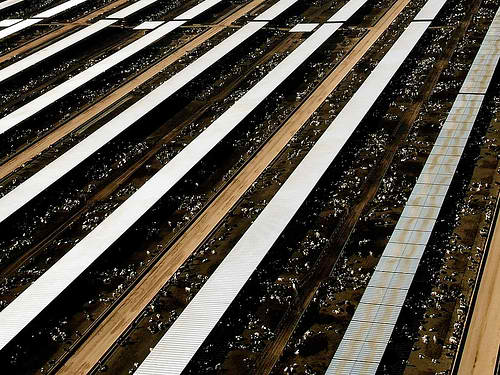 You know things are bad in the US industrial food system when Russia seems to know more about it than American citizens do.

Last week, Russia announced that it intends to ban US imports of beef and pork unless these foods can be certified free of the livestock drug ractopamine.

Yeah, that’s what I thought when I first learned about Russia’s recent move.

Ractopamine was approved for use in pigs in 1999, cattle in 2003 and turkeys in 2009 – all largely unbeknownst to the public.

Ractopamine is a growth promoting drug which increases muscle mass by actively slowing protein degradation.  Unlike other veterinary drugs which are withdrawn prior to slaughter, ractopamine is started and never withdrawn in the animal’s final days.   It is given to beef cattle during their last 4-6 weeks, pigs in their last 4 weeks, and turkeys for their last 1-2 weeks.

Given that these animals are actively being given ractopamine immediately prior to slaughter and have been receiving the drug for some weeks preceding, there can be no doubt that a residue of the drug remains in the animal’s meat when it finally hits supermarket shelves. 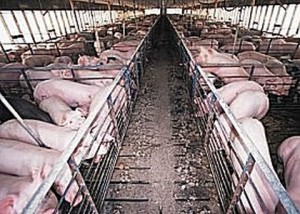 Ok, so there’s some ractopamine left in the conventional meat of the 45% of pigs, 30% of feedlot cattle and an unknown number of turkeys.

What’s so bad about this drug anyway?

In 2002, the FDA accused Elanco, a subsidiary of Eli Lilly and manufacturer of Paylean, the brand name for ractopamine for pigs, of a cover-up on the dangers of the drug in animals.    There was no mention in Elanco’s documents submitted during Paylean’s approval process of numerous phone calls from farmers reporting that their animals vomited after consuming feed containing Paylean or that they had become hyperactive, overly stressed (“down and shaking”), or had died as a result of exposure to the drug.

Inexplicably, the FDA went on to approve ractopamine for cattle the following year even after it’s 14 page warning letter to Elanco on it’s blatant deception and abuse of the approval process of Paylean for pigs! 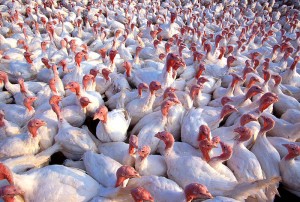 Even though the FDA rolled over on ractopamine, other countries paid attention to the scandal with the growth enhancing drug banned in Europe, Taiwan and China where an estimated 1,700 people were “poisoned” from eating Paylean-fed pigs.

Now, with ractopamine already banned in Europe, Russia is taking the additional step of banning US meat imports unless they can be certified ractopamine-free.  While US meat producers are furious at the move, I applaud Russia for taking steps to protect its people from the ravages of exposure to this veterinary drug.

Parents of children beware.  There is no doubt that ractopamine residue will eventually be linked to fast growth aka obesity in children and even perhaps hyperactivity as it has been in animals.  Don’t wait for that day!   Protect your children now!

Opt out of conventional supermarket meats that have a high chance of containing residue of this dangerous drug.  Purchase clean, pastured meats for your family and buy locally and in bulk to get prices that are reasonable and fit within your household budget.

Sources: Who Says It’s Not Safe? US Cattle and Hog Producers Furious Over Russia Meat Ban

“Not Safe for Humans” Drug Being Fed to Livestock

How to Assemble a Safe, Waterproof Chicken Coop for ≈ $100