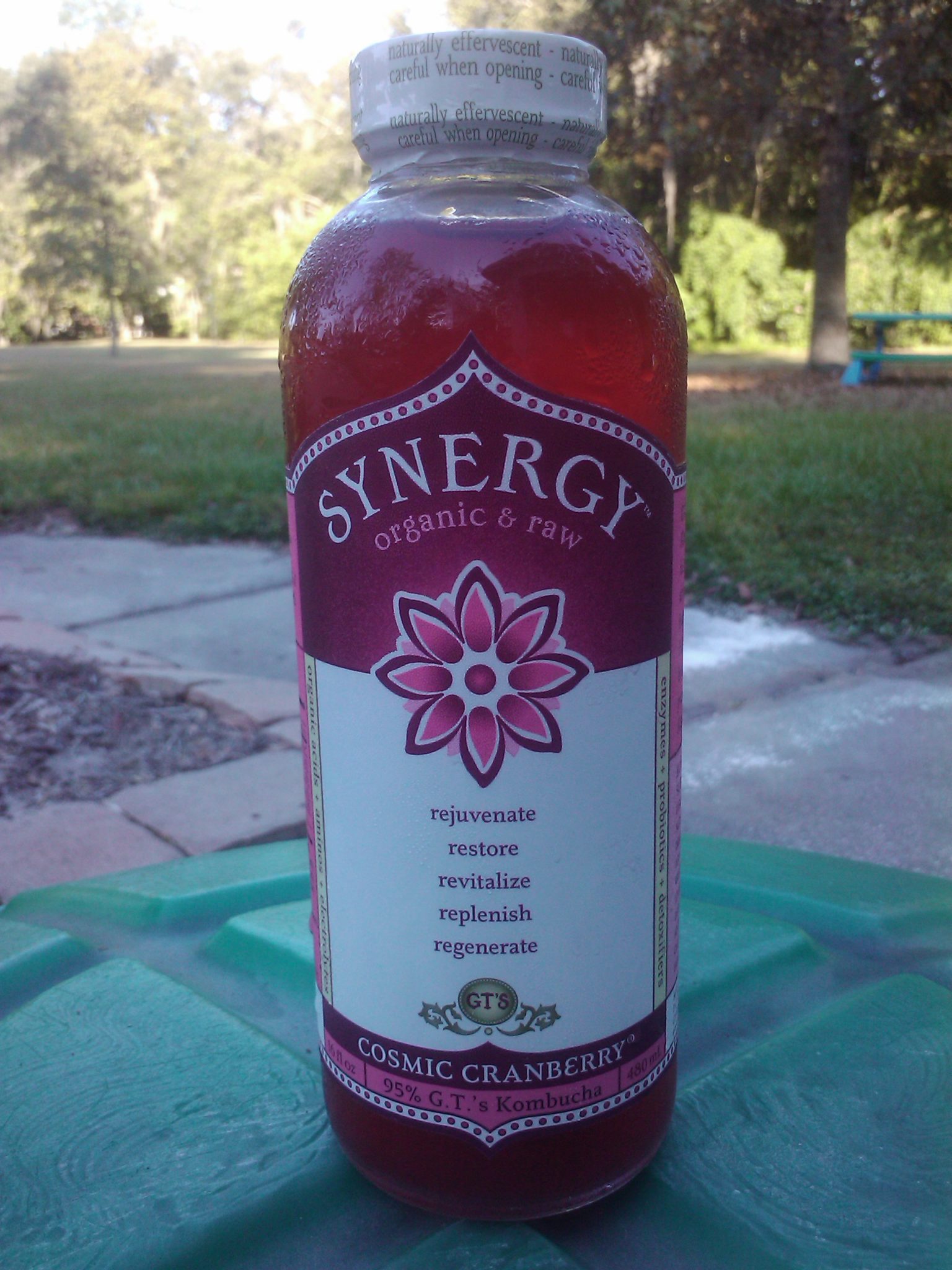 Attention all kombucha fans. After a 4 month wait, fans of GTs Kombucha and other kombucha brands can heave a sigh of relief as the product is slowly finding its way back on the shelves of healthfood stores across the country.  It is still raw and unpasteurized as before (with a few changes – see below).  I was delighted to see it back on the shelf at one of my local healthfood stores only yesterday!

If you remember, GTs Kombucha was pulled from Whole Foods and eventually all healthfood stores early last summer because of concerns that if the product was not properly refrigerated once it left the manufacturing facility that the alcohol content would rise slightly above .5%.  At that point, a warning label is  required and only people over the age of 21 could buy it.   In addition, the product could only be produced in approved facilities.

The result?   The reformulation has a smoother taste and a shorter shelf life.

I tried my first bottle of the reformulated GTs Kombucha yesterday and it definitely tastes lighter than before. It also tastes lighter than home brewed kombucha.  There still is plenty of zing to it, but only time will tell if it produces the same feeling of digestive well being as before!

Dave of GTs has indicated that he plans to bring back the original formula at some point, but it would only be available for purchase by individuals over the age of 21.

One interesting thing I discovered while researching for this article is that older kombucha cultures produce less alcohol in the final brew than younger cultures.    A kombucha culture, if you recall, is a symbiotic balance of both friendly bacteria and beneficial yeasts that contribute greatly to the overall health and function of the gut.

Starting with less sugar is also beneficial in altering the probiotic ratio.  For example, a 3 quart batch of home brewed kombucha uses between 1 and 1 1/2 cups of sugar.   Using only 1 cup as well as an older culture will reduce the alcoholic content of the final brew – even though the alcoholic content is negligible if proper refrigeration after fermentation is observed at home.

Interesting!   For those of you who are interested in making your own, these kombucha videos demonstrate the process and provide a basic written recipe.

While I’ve been making my own kombucha at home for almost 10 years now, I find it extremely helpful to have GTs Kombucha at the store to help bridge the occasional gap between batches and for when traveling!