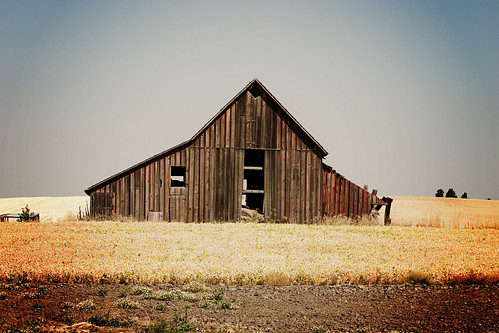 With the average age of the American farmer now over 50 years old according to the Environmental Protection Agency and the family farm on visible life support, the Obama Administration has moved to put the ailing patient out of his misery with a well aimed bullet right between the eyes.

What better way to ensure the complete and utter death of the family farm in just a few short years than to prohibit the children of farm owning parents from working the land and learning the business alongside Mom and Dad?

A proposed new rule from the  Obama Administration would ban children under 18 from any farm work which involves the “storing, marketing, and transporting of farm product raw materials.”

In addition, under this proposed rule, independent groups like 4-H would no longer be allowed to teach and certify safety training to children replacing such locally based youth agricultural programs with a 90 hour federal government training course.

Let’s think about this for a moment.

This rule forbids just about every farm chore I can think of right down to coloring a flyer with paper and crayons to decorate the farm’s booth at the local Farmer’s Market.

So, what are farm kids supposed to do then if they can’t do much of anything around the farm until they are 18 which includes running a small business of their own on the farm to generate some income for college?

I guess they can always play video games or watch TV instead.  Surely there’s a video game out there where children can simulate farm chores without ever leaving the living room couch!

A generation of farm kids raised on sloth instead of a hard work ethic will undoubtedly ensure that few family farms will make it into the next generation’s hands.

With children not able to be mentored by their parents on the farm nor by other local agricultural leaders in their community via 4-H or FFA, loss of interest in agriculture by the next generation of family farmers is virtually guaranteed.

Did you hear something?